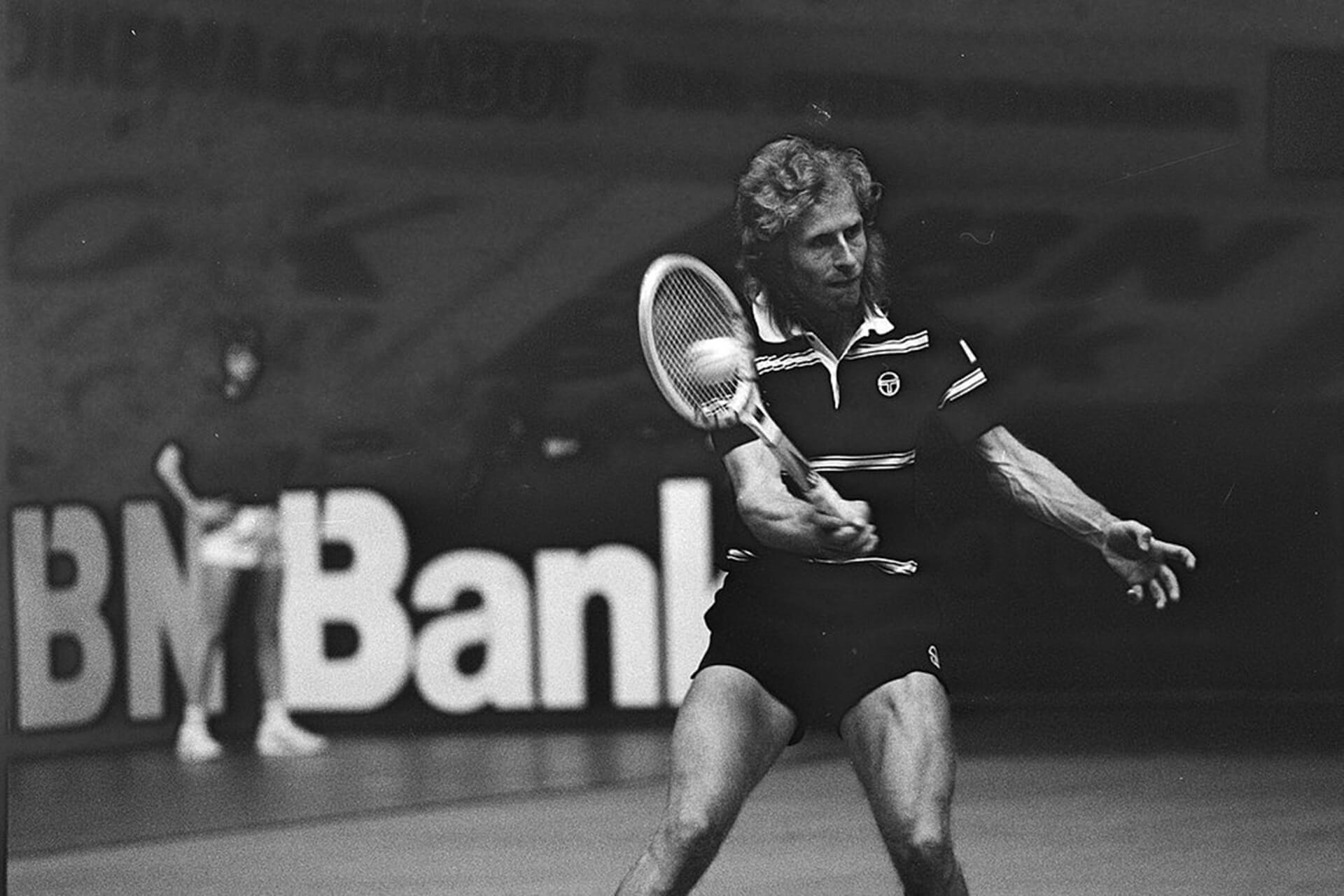 Drugs, disco, wooden rackets, and a heart of gold. The story of the edgiest, most exceptional player at the turn of the Eighties

A vanilla-gold Rolls Royce pulls up outside a trendy New York club. The entourage that files out looks something between new wave and punk. The man behind the wheel is the most eccentric, brilliant nut job playing tennis at the time.

He hasn’t got the obsessive perfection of Björn Borg or the talented force of John McEnroe. He doesn’t even have the Dionysian chutzpah of Jimmy Connors. What he’s got is an unusual name. A name he had engraved on the license plate of that funky Rolls Royce: Vitas.

Gerulaitis was his family name. The blond-haired son of Lithuanian immigrants to Brooklyn. Born to poverty, he was to become the trademark for fast living in the Big Apple during the late Seventies. Disco, Studio 54, Saturday Night Fever. 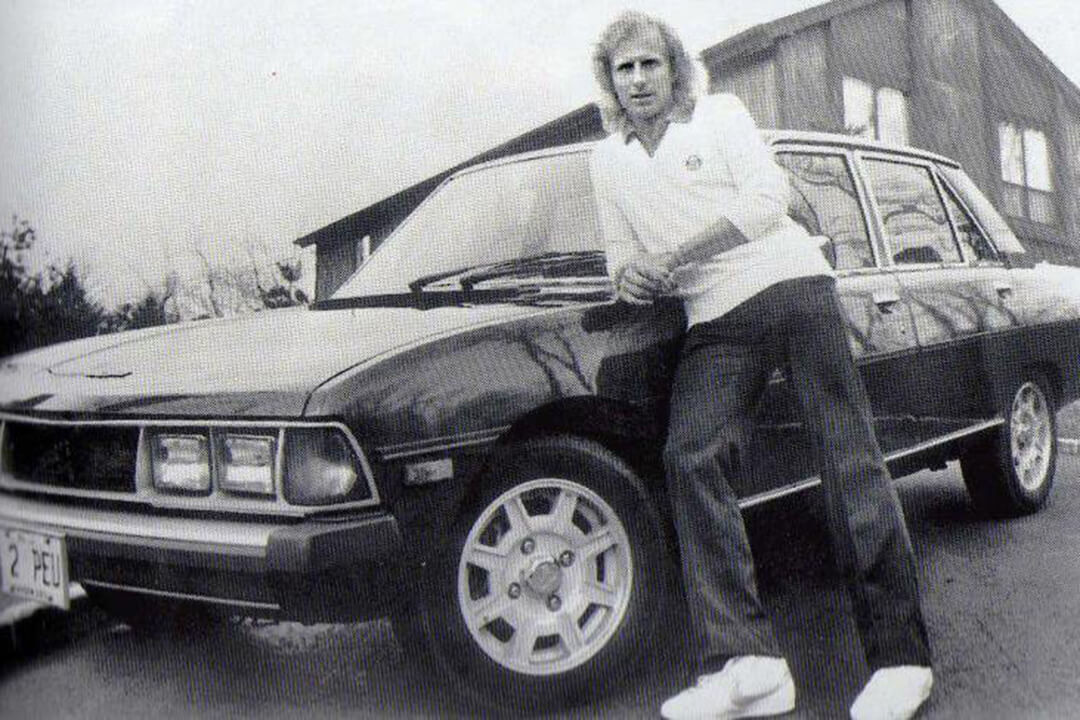 John Travolta’s dancing idol produced the myth of Tony Manero, the guy from the sticks that becomes a king on the dancefloor. Vitas Gerulaitis wasn’t a dancing king, but he knew his way around the back rooms and wasn’t shy about his inclinations and excesses. But in New York, the city that never sleeps, he wasn’t the only one to indulge, and Sinatra had nothing on him. Gerulaitis was pure, unadulterated life. Vitas.

He had a running collection of playmates. He club-hopped in his bathrobe. With his cherub-like mane and bright eyes, he was the life and soul of the party. But give him a racket – at those times wood was the material of choice – and he would take you to town. His repertoire was incomplete, but he had a backhand as wicked as Toledo steel and the uncanny ability to make up shots that knocked you off your toes. 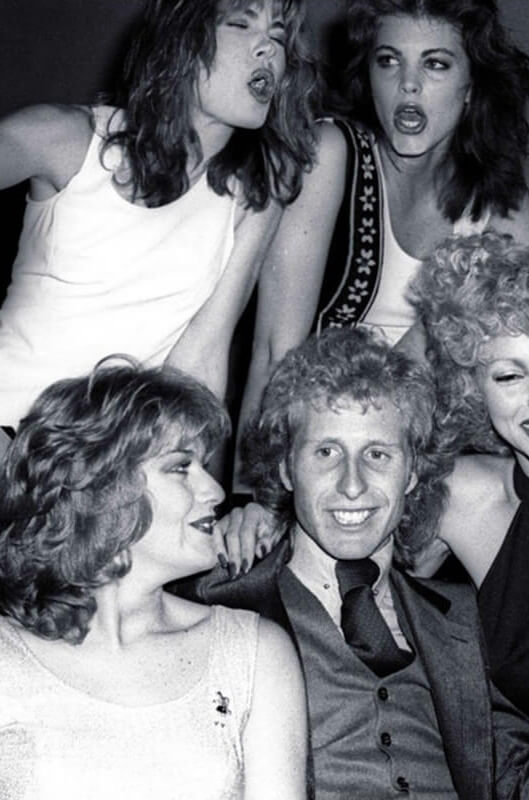 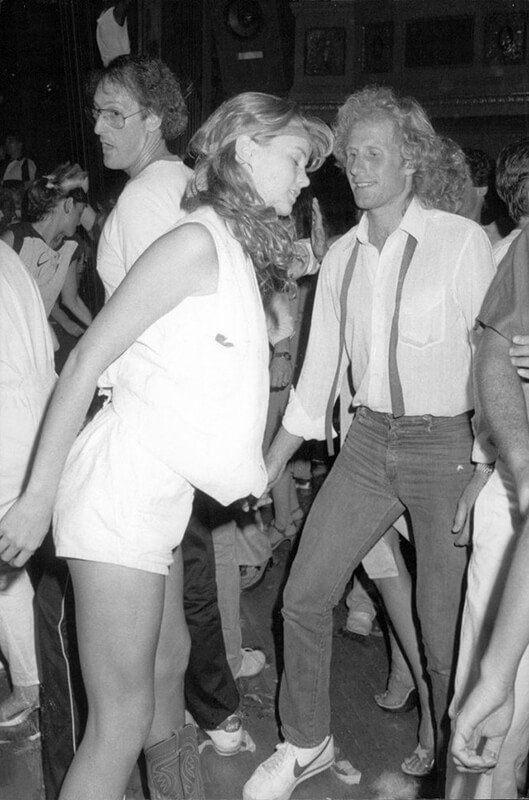 Whatever surface you put him on, Gerulaitis made a time of it. He won his only Grand Slam in Melbourne, the Australian Open, but it would be a fool’s game to reduce his career to a simple list of W’s and L’s.

That being said, he was a finalist on the red, Parisien ground of Roland Garros and on the cement of Flushing Meadows. Vitas was a jokester who fired up the crowd and his own, endless nights, rocketing down Main Street in his beloved cars, of which he kept a steady supply. The vanilla-gold Rolls Royce? One too few. He bought a second, followed by a Mercedes, a Porsche, and a Cadillac. To mix things up, he flew across the pond to Italy and down to Maranello, where he bought a flaming red Ferrari to round out his collection.

The press dubbed him the Lithuanian Lion, partly for his hair, mostly for the power and urgency he displayed on the court (and off, naturally). Vitas also couldn’t get enough of women. In 1986, he was engaged to Janet Jones, a bombshell dancer and actress. “People” magazine interviewed the couple and asked what each one looked for in a relationship. Her answer: becoming the mother of a close-knit family. With his usual light-hearted smile, Vitas blurted out, “When I’m 40, I’d like to have six wives”. Classic Vitas. 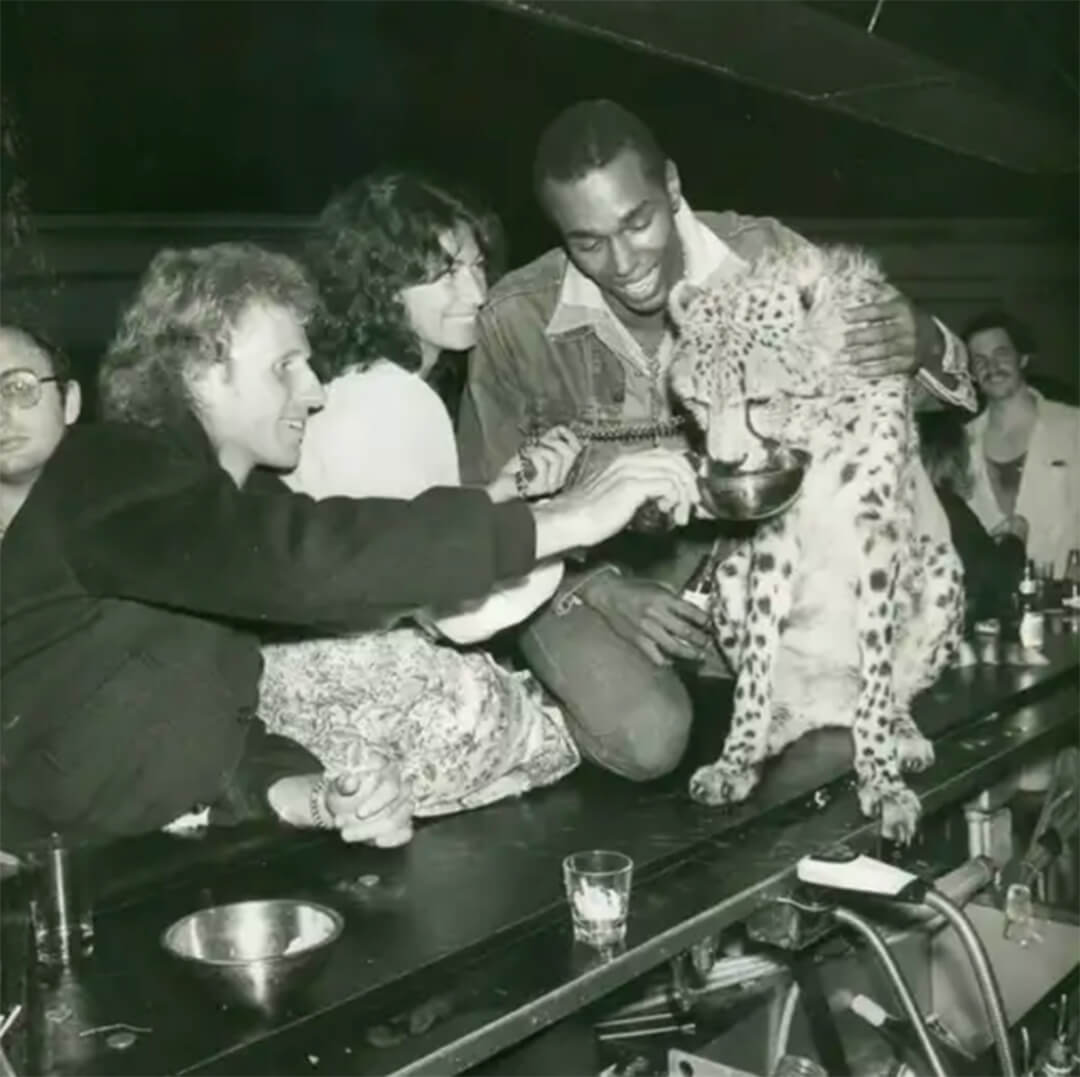 He was the glue that held together that motley circus of professional tennis players. If Borg was the Beatles, Gerulaitis was the Rolling Stones (incidentally, Vitas regularly partied until the early hours with Jagger. He was friends with Jean-Michel Basquiat, Liza Minelli, Truman Capote, and Andy Warhol, who would stop him every so often to take his polaroid with the camera dangling around his neck.

He was a globetrotter who packed his suitcases with clothes he bought in every city, which he would then parade around NYC. He had a sense of humor and was quick with a joke, which he managed to do even more brilliantly after a loss. 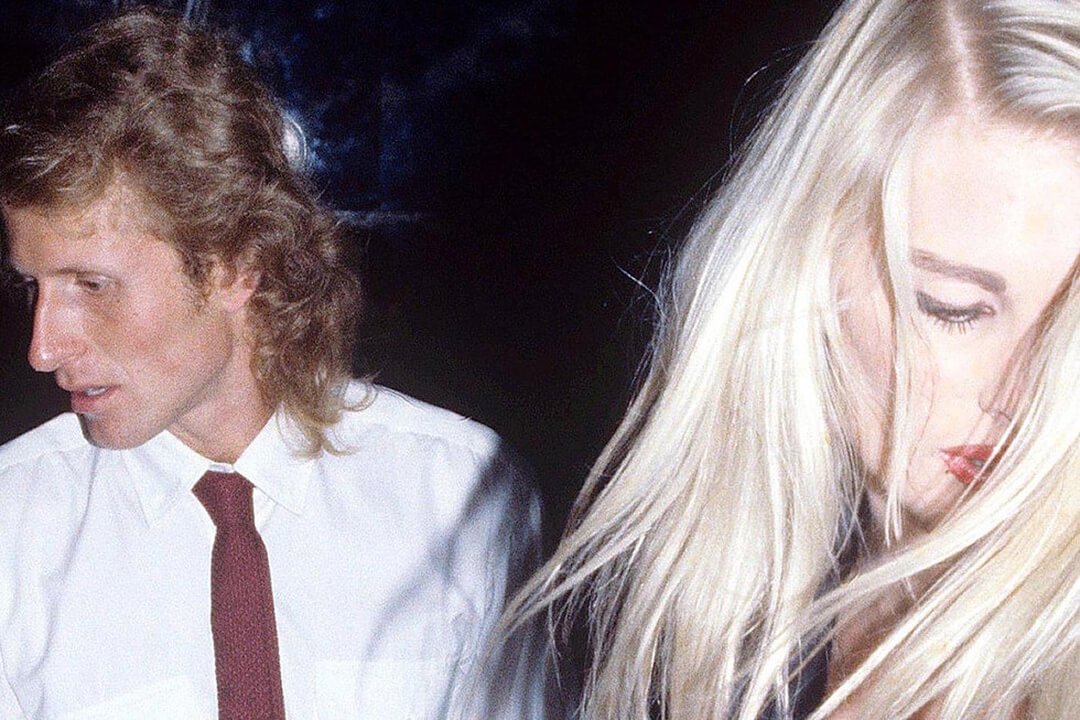 In 1977 he made it to the semi-finals at Wimbledon against Borg. At match point, he lost 8-6 in the fifth set. When asked what the most impressive thing was he’d taken away from that game, the self-deprecating blowhard said: “It’s the only time I can remember that the English spectators didn’t leave for tea”. Impudent and imprudent, Vitas.

Despite that naughty schoolboy image, he is remembered well. Björn Borg remarked: “Vitas was of my best friends in tennis. We helped and made one another better players, and developed a great friendship. We connected and had so much fun. He was a funny guy. He had so much positive energy”.

After that 1977 semifinal in Wimbledon, Vitas didn’t hop back on a plane to the States. Instead, he joined Borg at the Cumberland Club, where he helped Borg train for his next match. 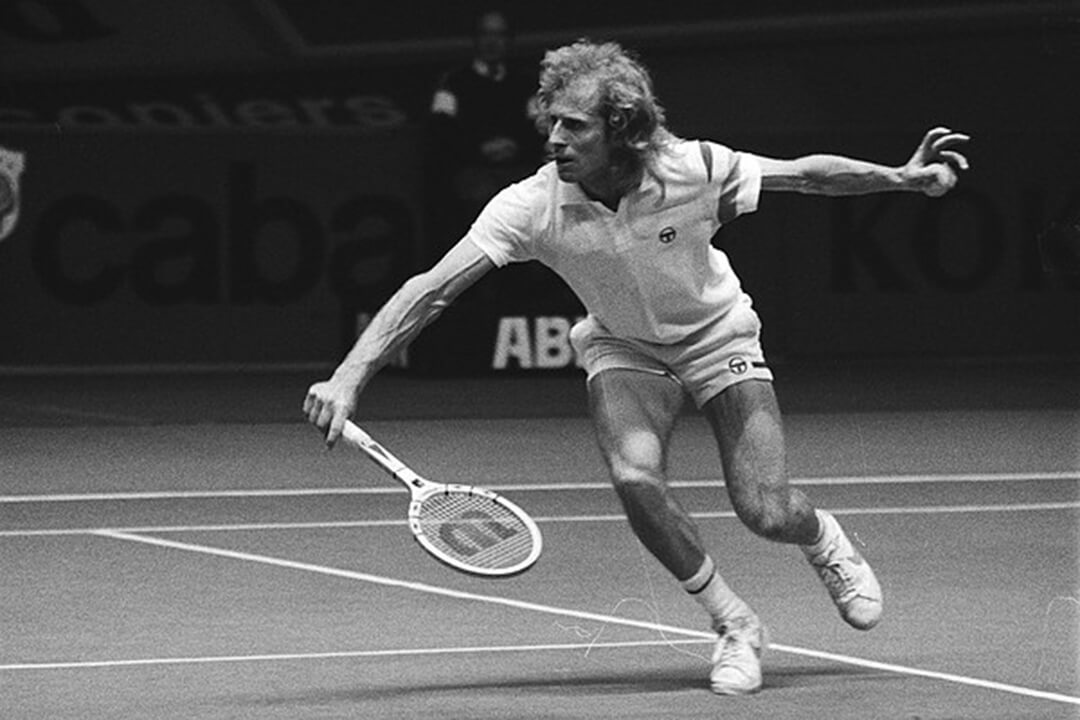 He was a constant presence at charity events and would donate tennis equipment for children in the New York suburbs. He spent his time and money to spare them the dangers of life on the street. Once he retired from the game, he managed to rid himself of his worst vices, but fate would lay a cruel trap for him.

Vitas. The lover of the noise and clamor of the parties, the nighttime lights, and the glittering strobes. The phenomenal trajectory of his slice, which sent the ball careening the edges of the intersections. The Lion died at the hands of a silent killer while resting in his friend’s guesthouse in Long Island.

He had just come back from Jimmy Connors’ game. His back was giving him some grief, so he asked if it would be alright to lie down for a while. A faulty pool heater leaking carbon monoxide ended his life. It was September 18th, 1994. 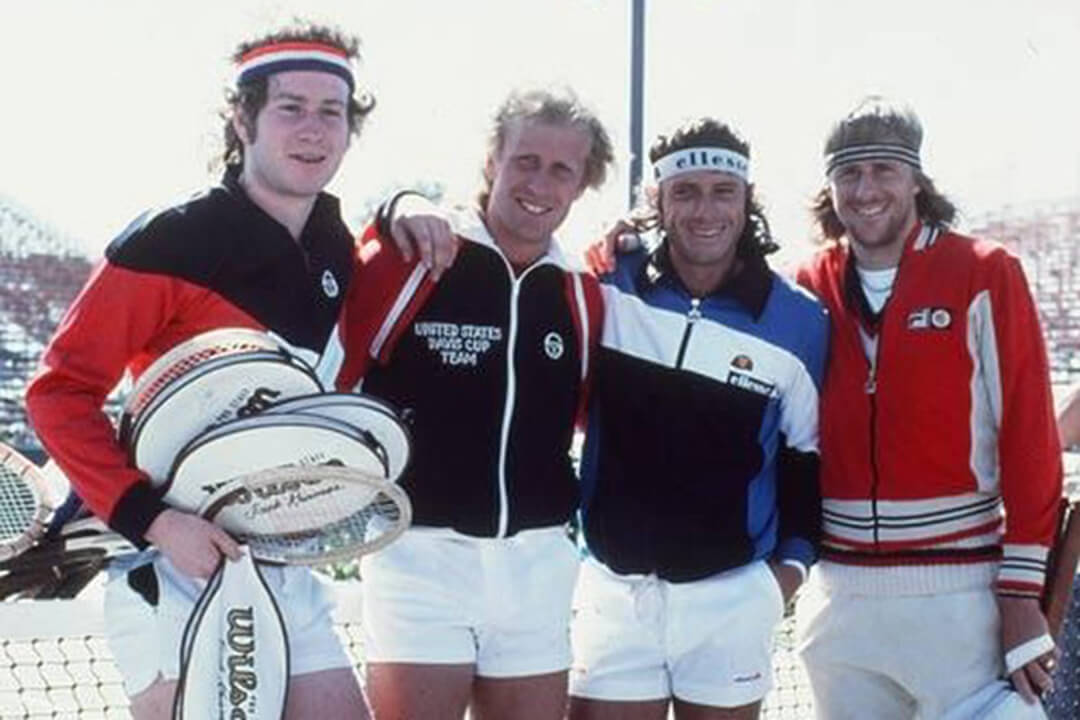 In 1990, he had started working as a television commentator for CBS, bringing wit and warmth. Vitas had turned forty in July. He had been born under the sign of Leo on the 26th of July, 1954. He left us without a sound, the unlucky victim of an ugly fate. He went in his sleep. They say it”s the best way to go, but that’s just an empty platitude.

At his funeral, Jimmy Connors, Björn Borg, and John McEnroe carried him down. They were his blood brothers. To the end.