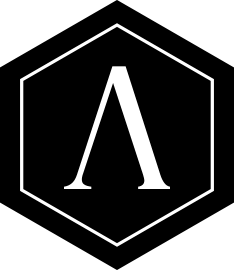 Várzea, the Eden of football 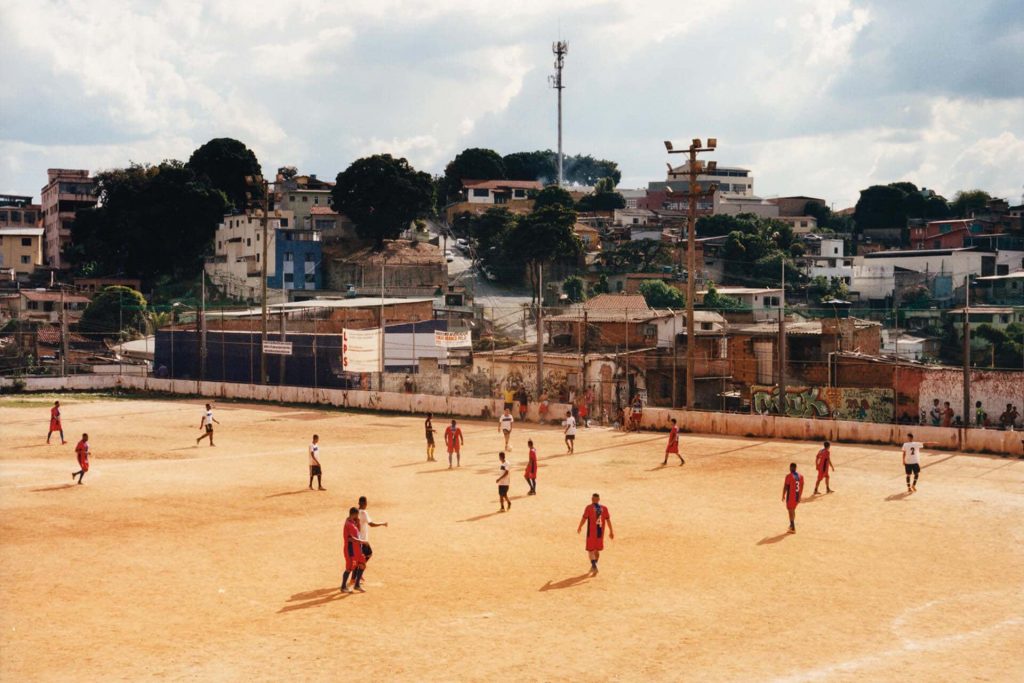 Inside the várzea all that counts is who you are, not what you have

The word várzea refers to the geographical terrain of the ‘floodplain’ areas, where football was first played in Brazil in the late 1800’s. It is also a word associated with authentic or amateur football in Brazil. 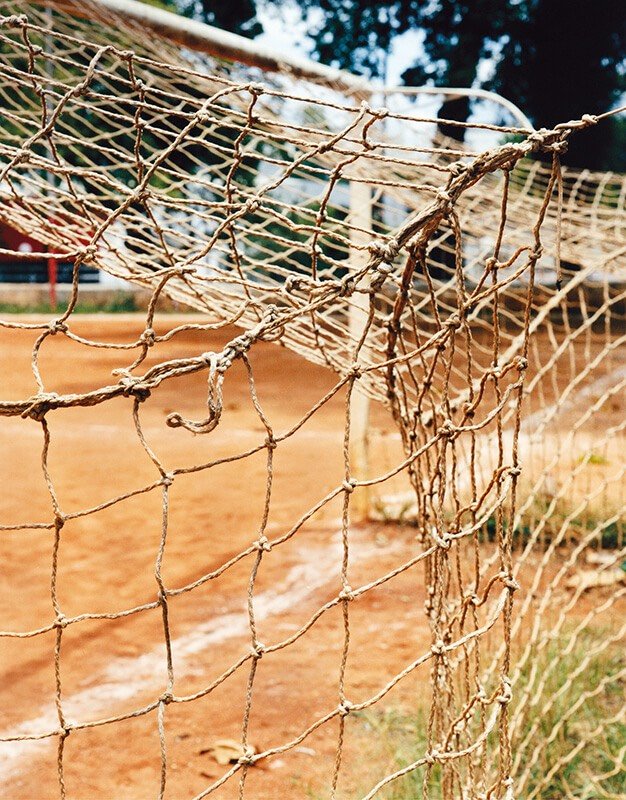 Along the flood plain, beyond the river, echoes the rhythm of a song by Jorge Ben: “Moro num país tropical/Abençoado por Deus/E bonito por natureza (mas que beleza)/Em fevereiro (em fevereiro)/Tem carnaval (tem carnaval)”. The flood plains are called the várzea – a flat space, along the riverbank, in the Eden of football. In a country like Brazil, where religion intersects with the rites of ancient mysteries, myth, understood as a story, pervades every single moment of life. Thus, football becomes a spiritual journey: God gave the ball to the Paulisti of Sao Paolo, the carioca of Rio, to the gauchos, to all the children of that great land that Pedro Álvares Cabral discovered in the early 16th century. 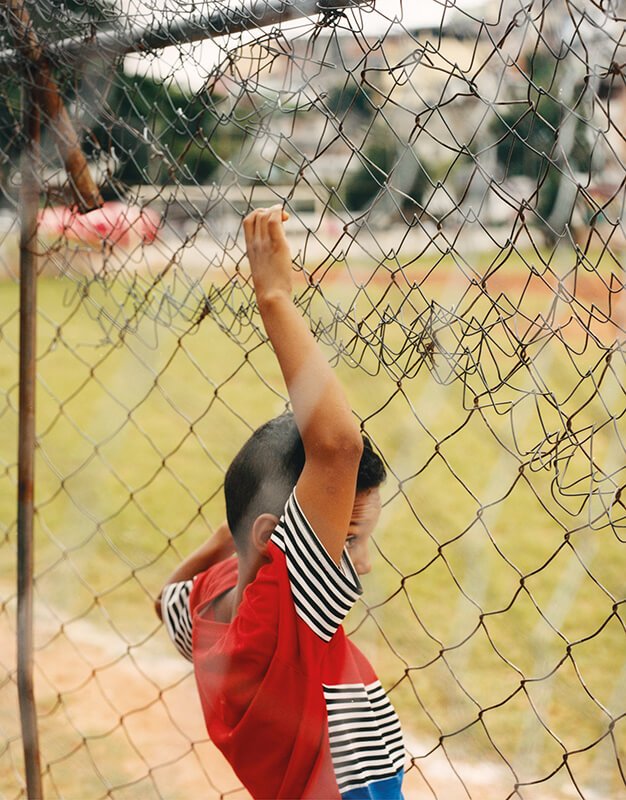 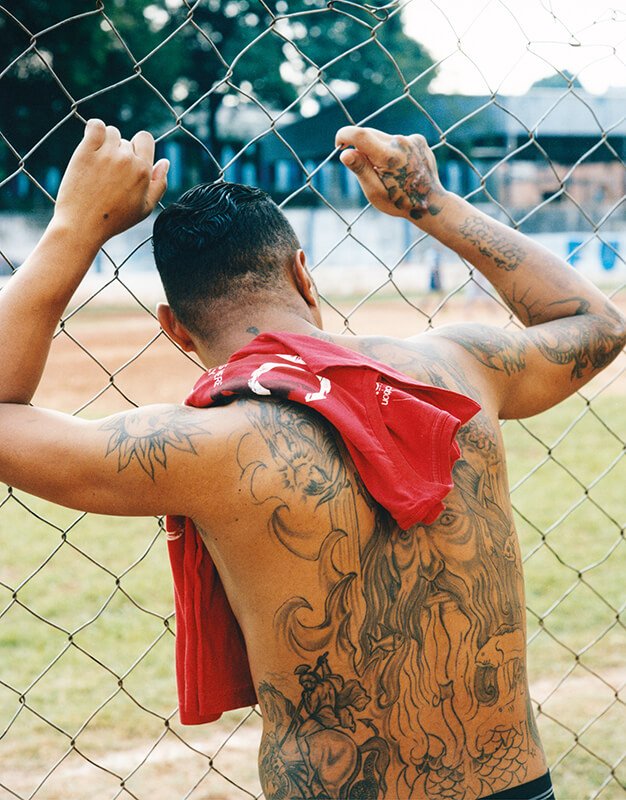 Four hundred years went by and companies came from Great Britain to build railways. Engineers worked there, bringing the dogmas of a sport which, where they came from, was already a law to be observed on a daily basis: football. In Portuguese, futebol. The Brazilians transformed it into jogo bonito, something that went beyond the concept of the beautiful game. It was a party, it was fun. This is how it was, in the words of Jorge Ben: “I live in a tropical country / Blessed by God / And beautiful by nature (but what beauty) / In February (in February) / There’s a carnival (there’s a carnival)”. The carnival of futebol, however, is not just about the five world titles won by Brazil and the perennially auriverde Jules Rimet Cup, lost for ever when it was stolen, as if it were cursed to share the fate of a stray ball. It’s not just about O Rey, Edson Arantes do Nascimento AKA Pelé, or O Galinho, Arthur Antunes Coimbra Zico, or O Doutor, Sócrates Brasileiro Sampaio de Souza Vieira de Oliveira: the Trimurti of Beauty, a Paradise, the sole preserve of players who are half men, half divine emanations. 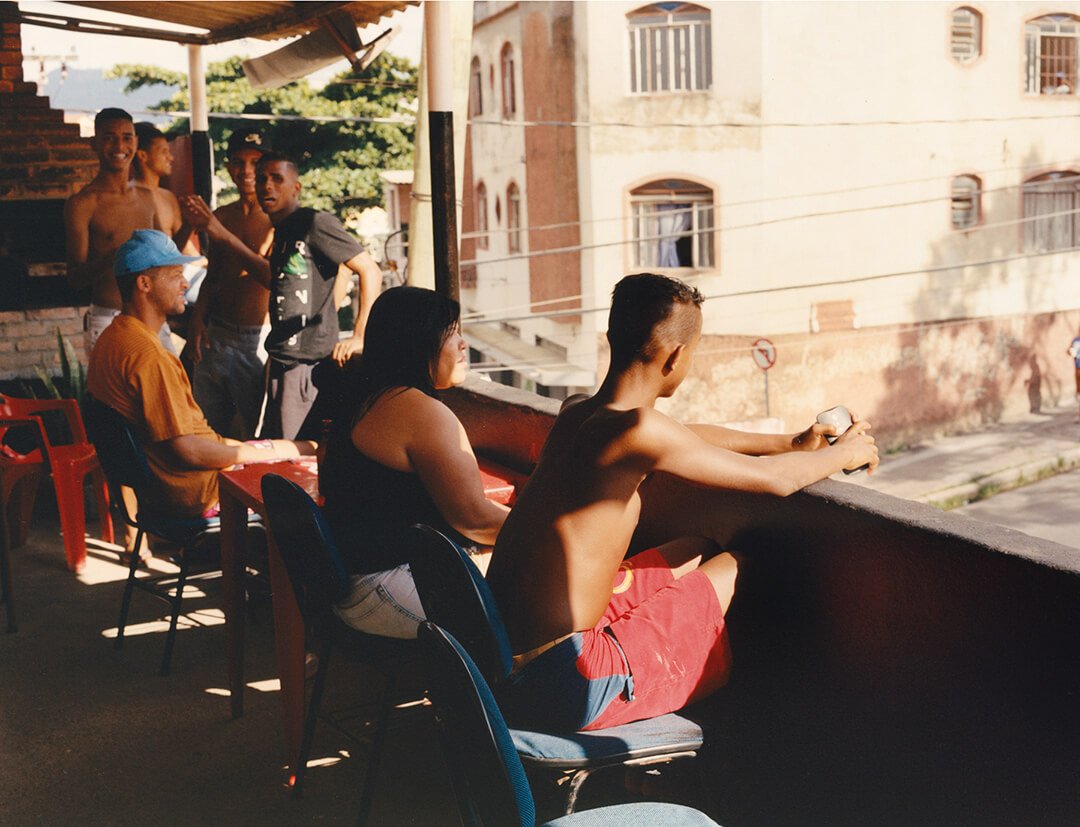 What really counts is what goes on at the várzea, a byword for futebol, where football is reborn every day. Along the flood plain. On clay. Beyond the river. In American basketball, they have playgrounds with their heroes, the lost souls who challenge each other between baskets made of chains. But here there’s no need for a street. The bola and a rough pitch are enough, making space for it where nature allows and the cement doesn’t encroach. The várzea was born with futebol. In many ways, it preceded it. Along the flood plain, beyond the river, everybody plays, in a way the engineers of the British railways couldn’t even have imagined. Even they, who had mapped out the railway lines on which the iron horse would enable trade to thrive throughout the whole of Brazil, bringing a life of opulence but only for a minority.

An elite, who would never experience the spontaneous musicality of the várzea: “Sou um menino de mentalidade mediana / Mas assim mesmo, feliz da vida / Pois eu não devo nada a ninguém / Pois eu sou feliz / Muito feliz comigo mesmo.” Listen to Jorge Ben again. Here it is, the poetics of the flood plain. Here it is, the várzea do futebol. On those fields, the prophecy of Ben’s verses is fulfilled: “I’m a boy with a simple mind / I’m myself, happy with life / I don’t owe anyone anything / To be happy / Very happy with myself.” Anyone who’s seen the players who dribble the ball endlessly across the várzea, along the flood plain, beyond the river and between the trees, knows exactly what the song is about. It’s an apocryphal game of football, in which rules and exceptions end up coinciding. Invention is the game plan, just as the game plan is invention. 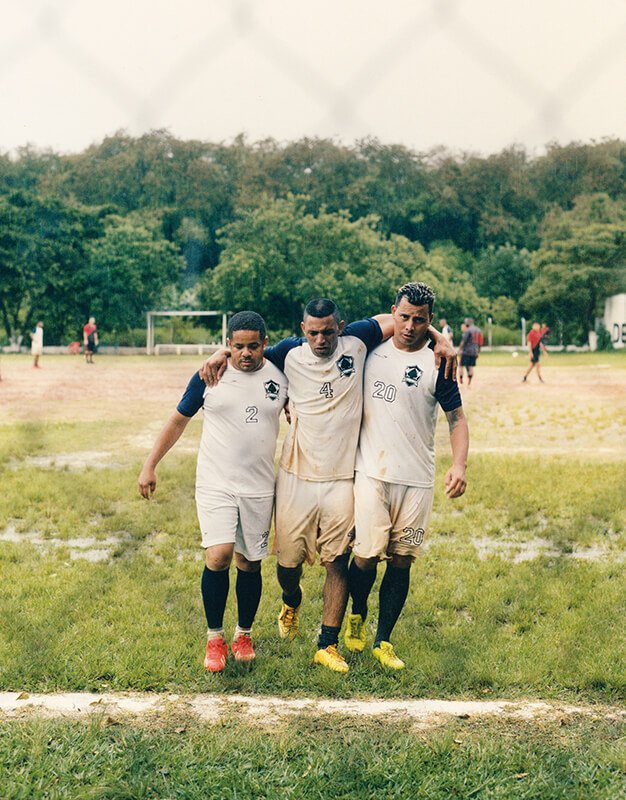 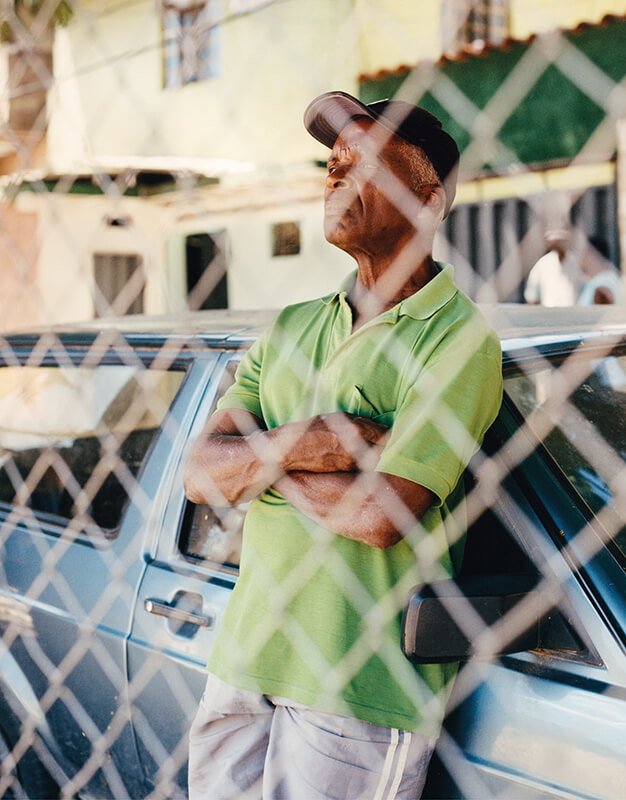 If someone wants to really understand the Brazilian way of life, they should just take a seat around these flat stretches of land, surrounded by intertwined fences to protect them from the evil of the outside world. Inside the várzea, all that counts is who you are, not what you have. Futebol, tied down by no rules or regulations, is there to be played without thinking about the sidelines, or the dead-ball line. Yet everything must have its norms, even improvisation. They explained to us that jazz has none, but in the end even Charlie Parker, Miles Davis and John Coltrane followed a certain form, wouldn’t you agree? In the várzea the discussion is identical.

There are thousands of players, all over Brazil, “amateurs” as they would be called in Europe, and when you see them play you wish the match would never end. Again, Ben’s magical words: “Mas assim mesmo lá em home / Todos meus amigos, meus camaradinhas me respeitam / It is a razão da simpatia / Do poder, do algo corn and alegria”. Jorge Duilio Lima Menezes, to use the name he was given at birth – one of the greatest composers of Rio de Janeiro. Passionate about football, a fan of Flamengo, he’s the one who wrote the song quoted several times above, “País tropical”. 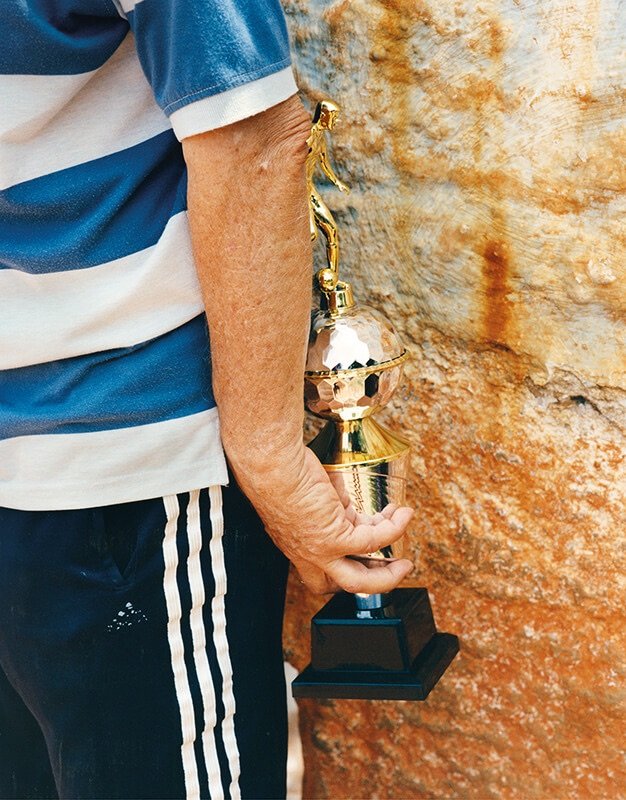 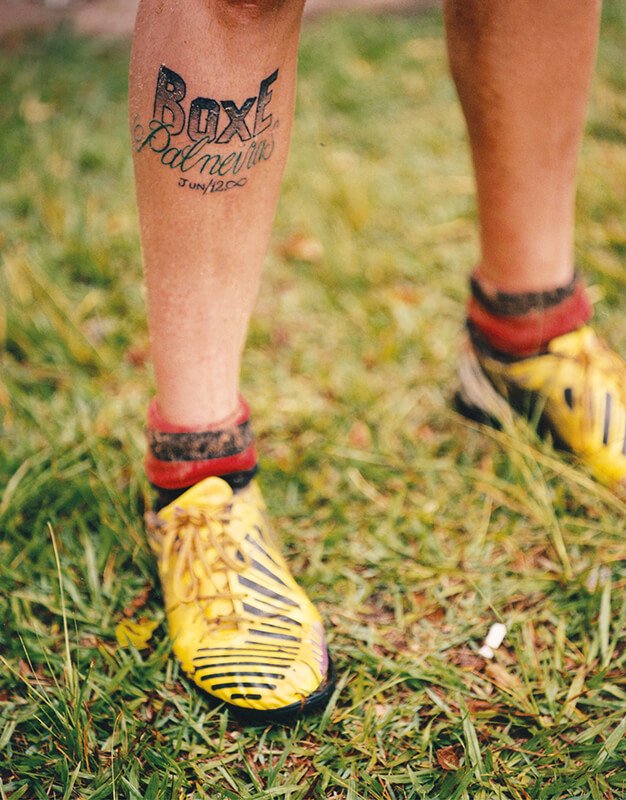 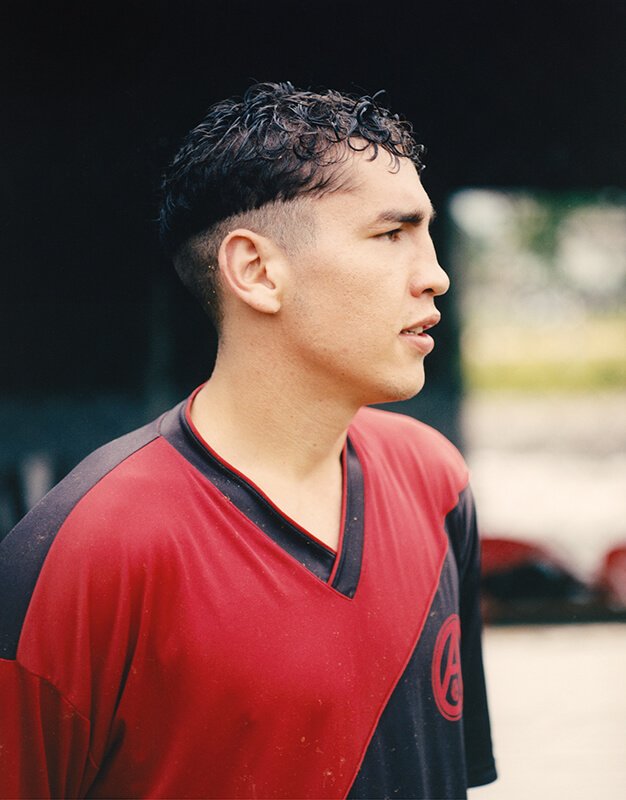 That’s the musical accompaniment to listen to in the background while looking at photos of a game from the várzea, it seems to capture the passion of the players: “Even there at home / All my friends, my little companions respect me / This is why they like me /the basis for power, for something more, and for joy”. Life is a challenge along the flood plain, beyond the river. Being Zico inside the várzea, a number 10 for Jorge Ben to gaze at lovingly: “Ele tem uma dynâmica física, rica and rítmica; seus reflexos lúcidos, lançamentos, dribles desconcertantes, chutes maliciosos são como flashes eletrizantes,” This is how he describes O Galinho, the prince who rules over the Gávea. Along the flood plain, there are many who know how to recreate the same spell: “He had a natural way of moving, rich and rhythmic: his brilliant reflexes, his long passes, his breathtaking ability to dribble and feint, the deadly finishing shots he unleashes like flashes of lightning.”

Go to the várzea. Only there will you understand. 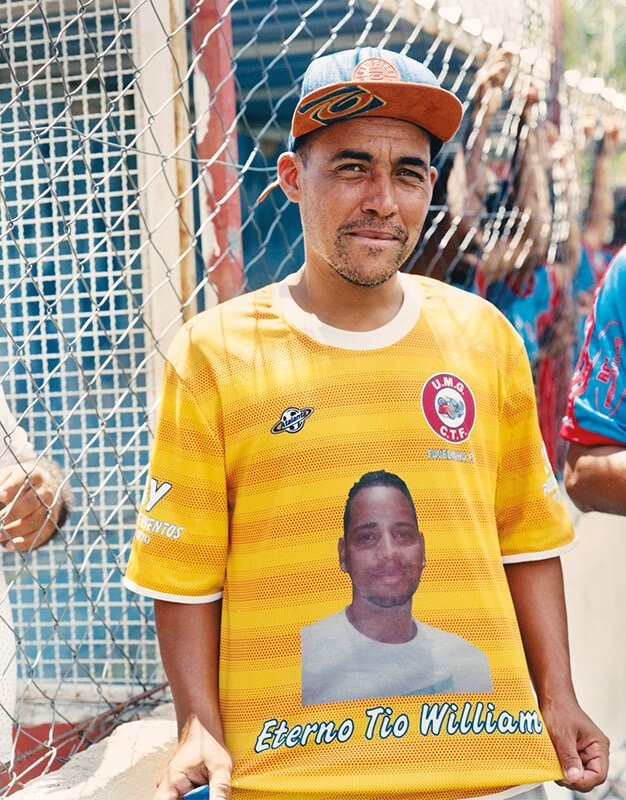 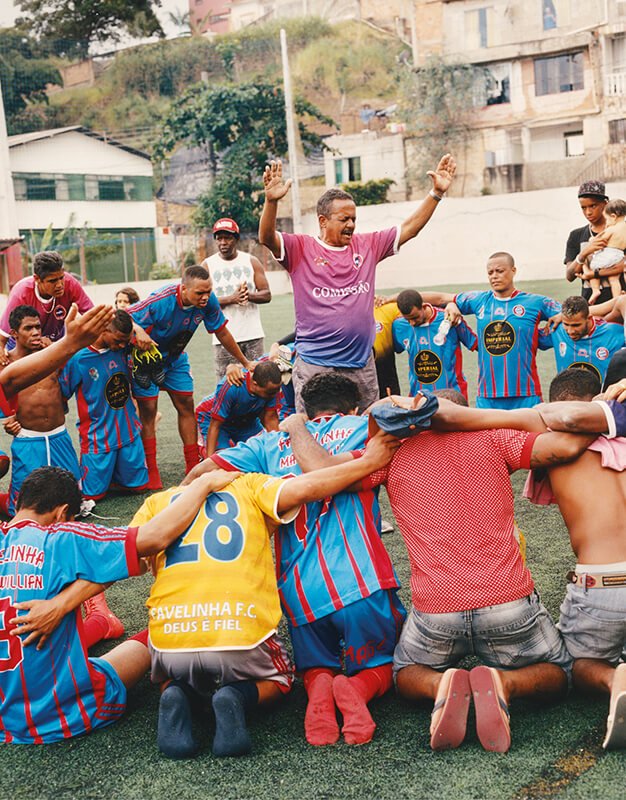 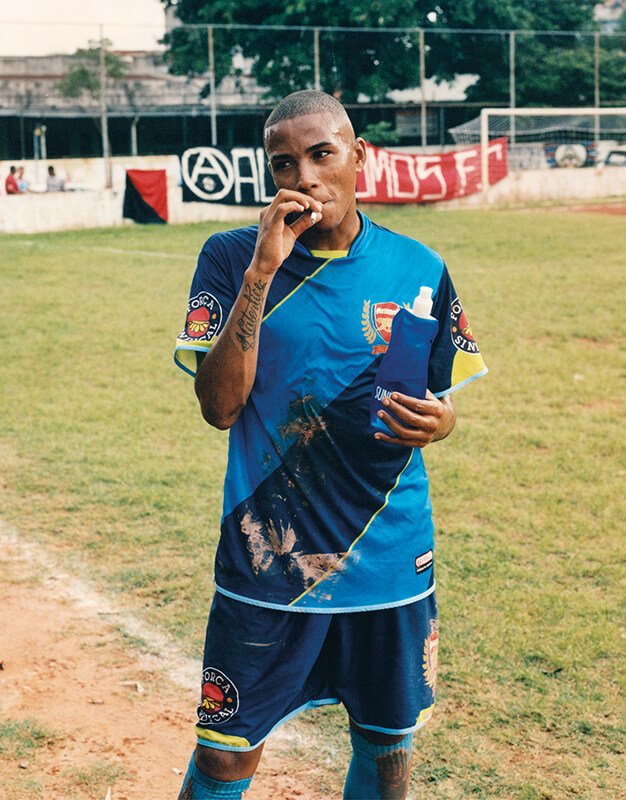 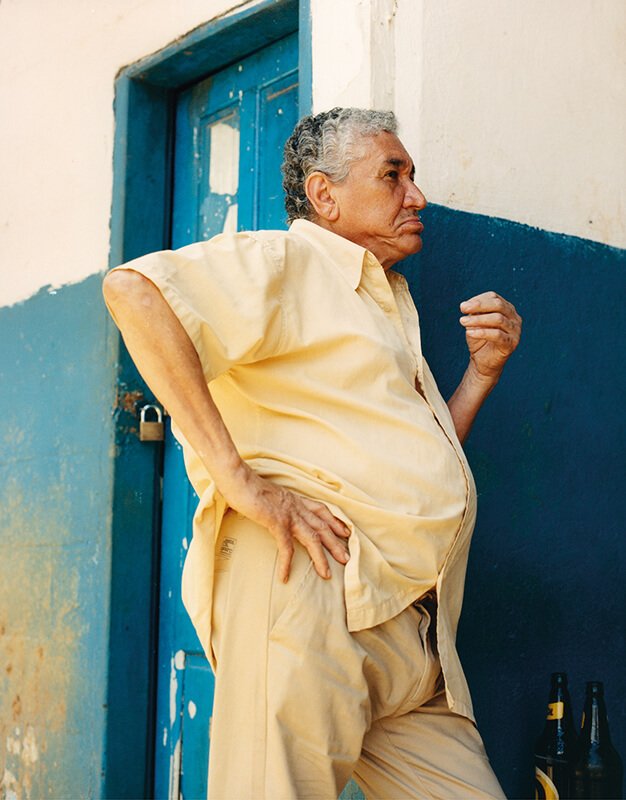 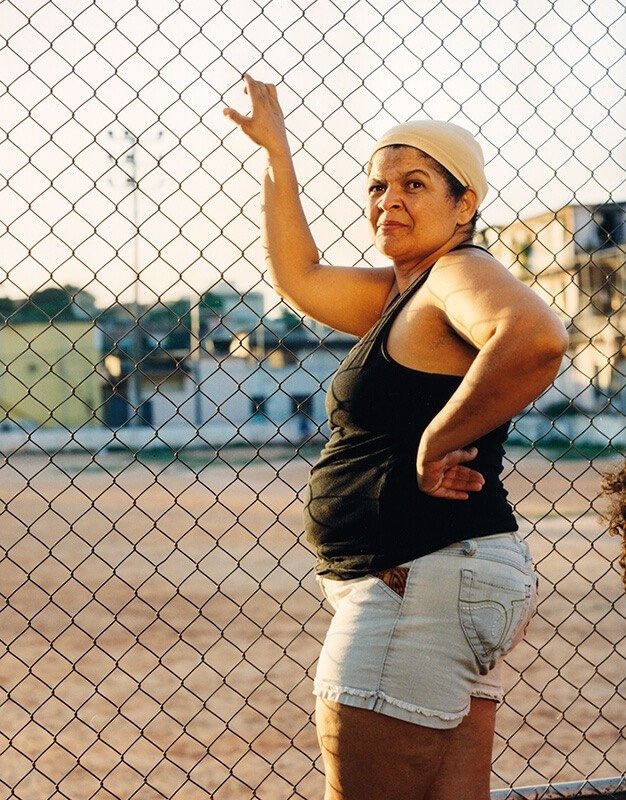 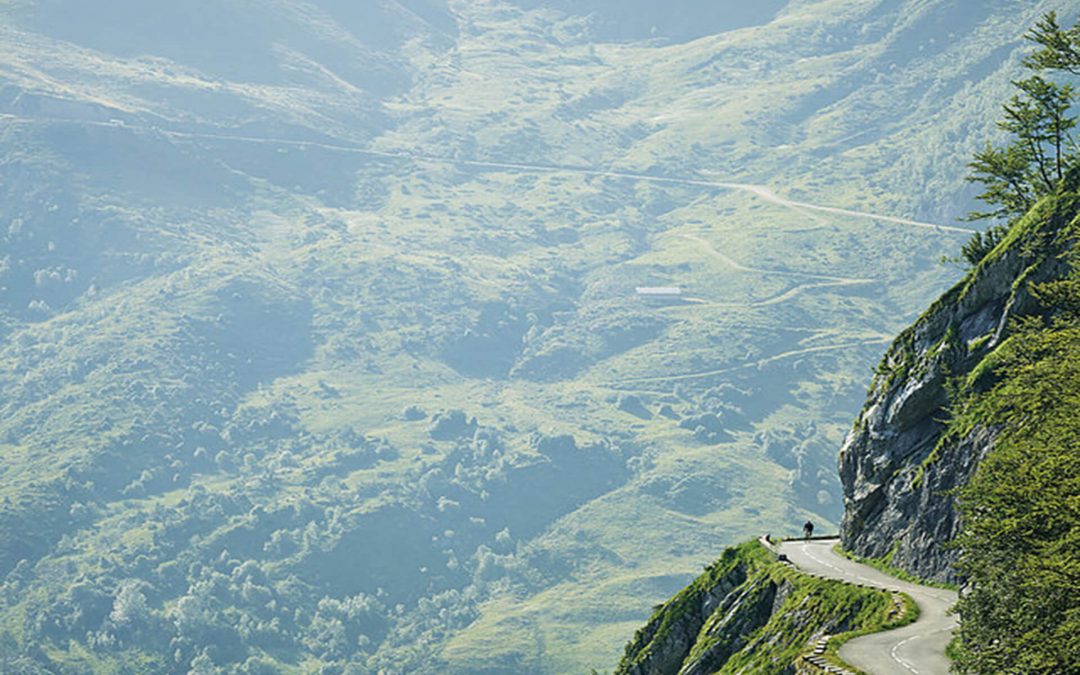 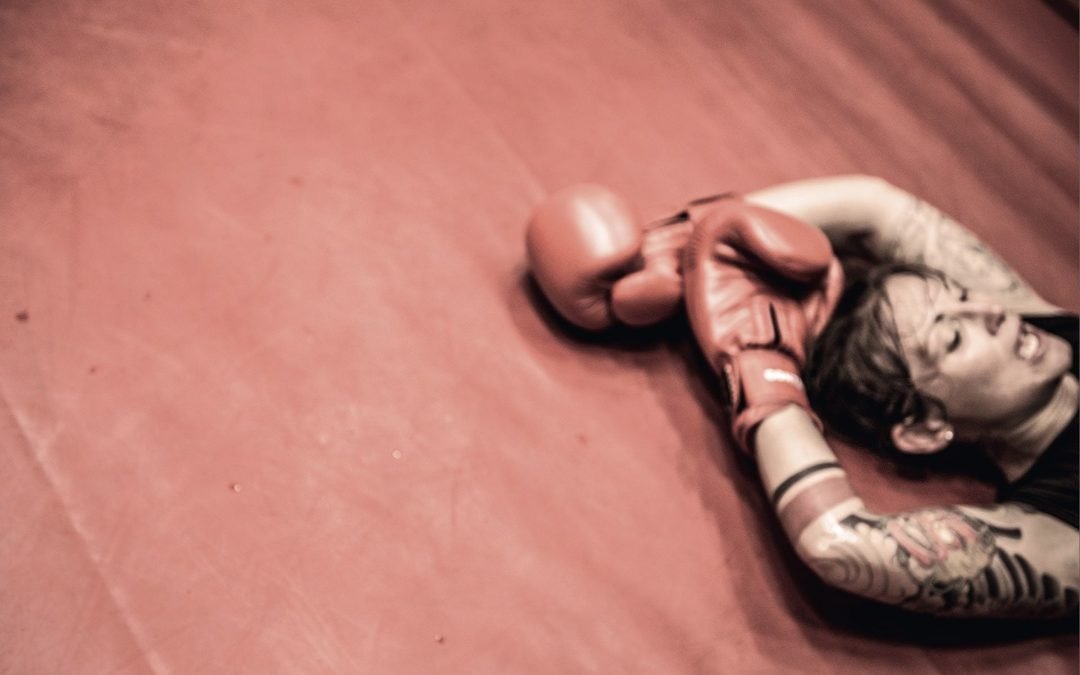 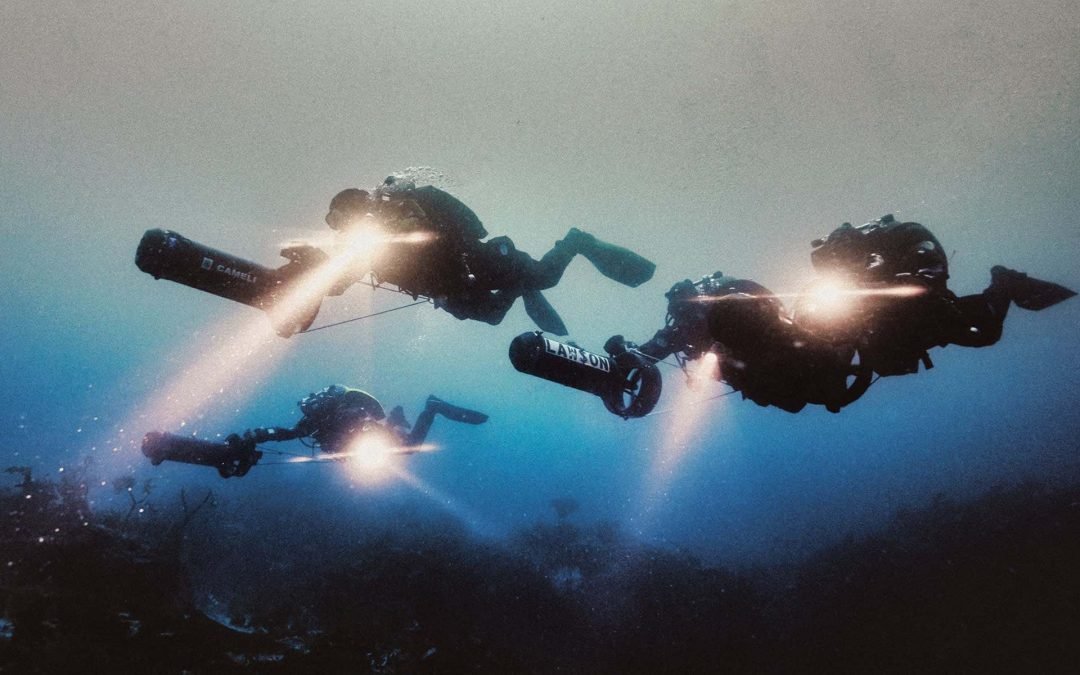 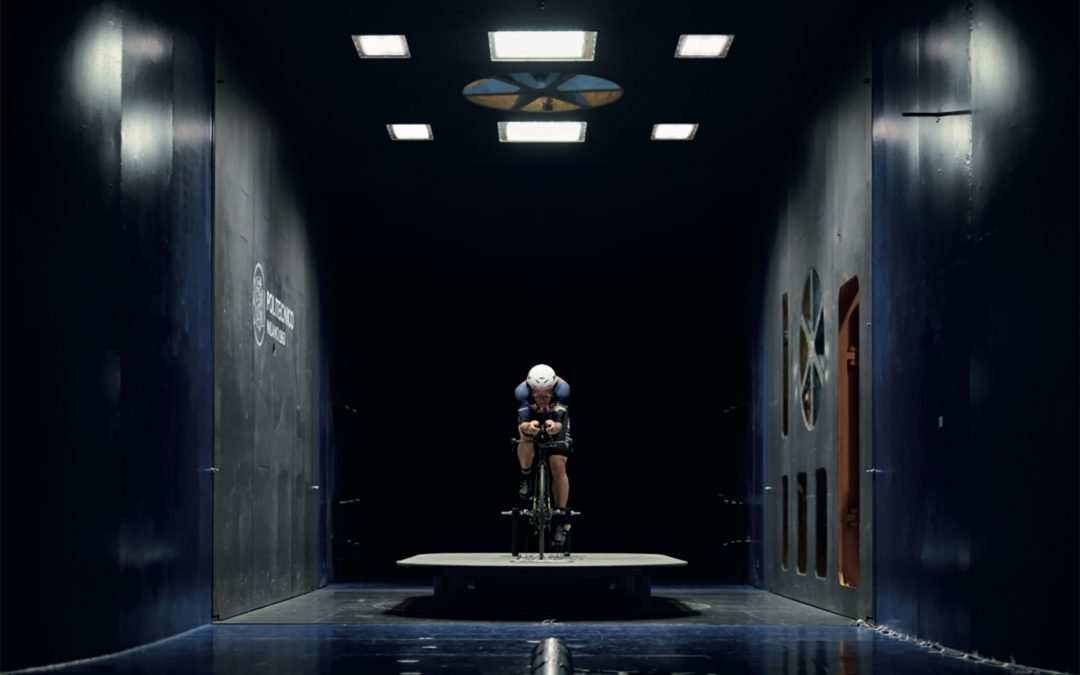 A dive in the sports biomechanics 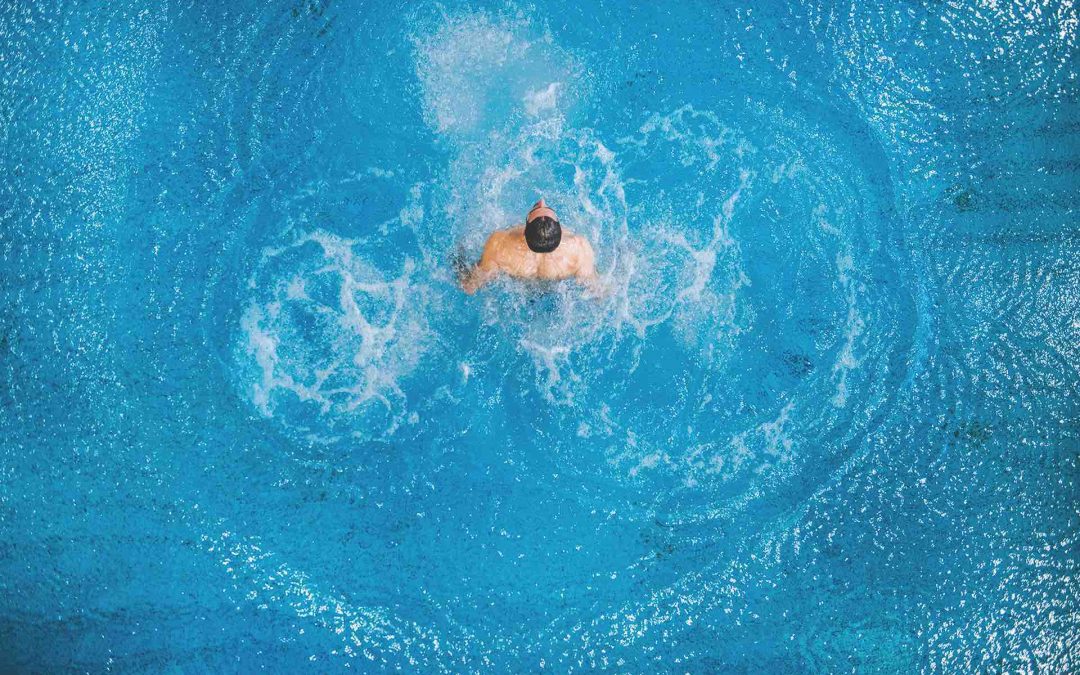 Diving in my own Arcadia 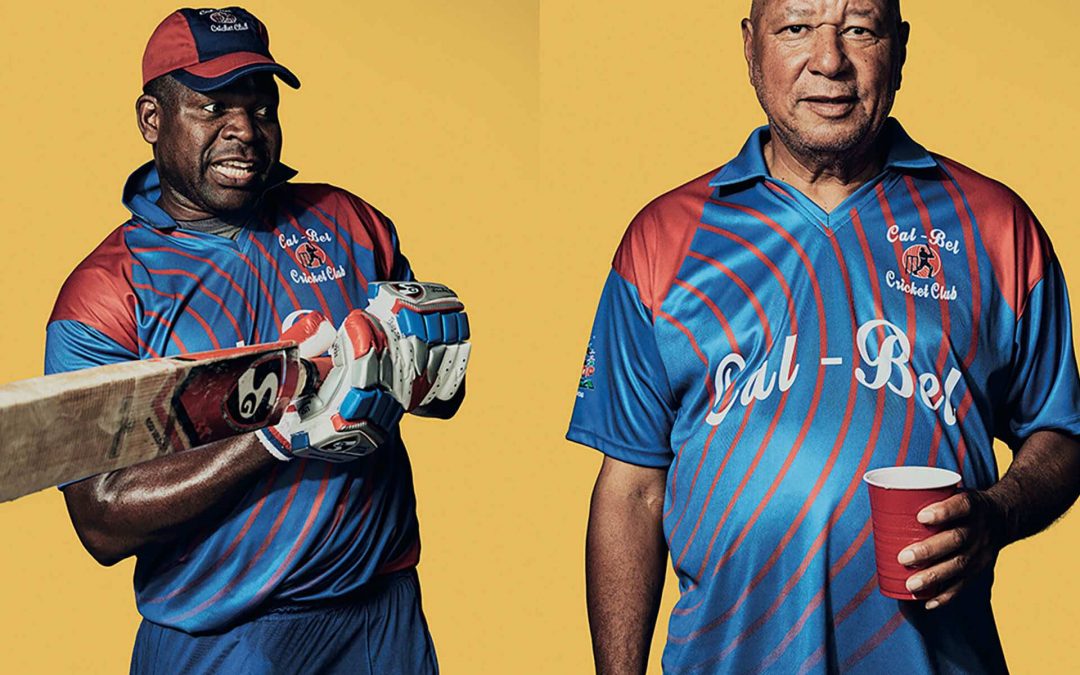 Playing cricket in LA since 1888 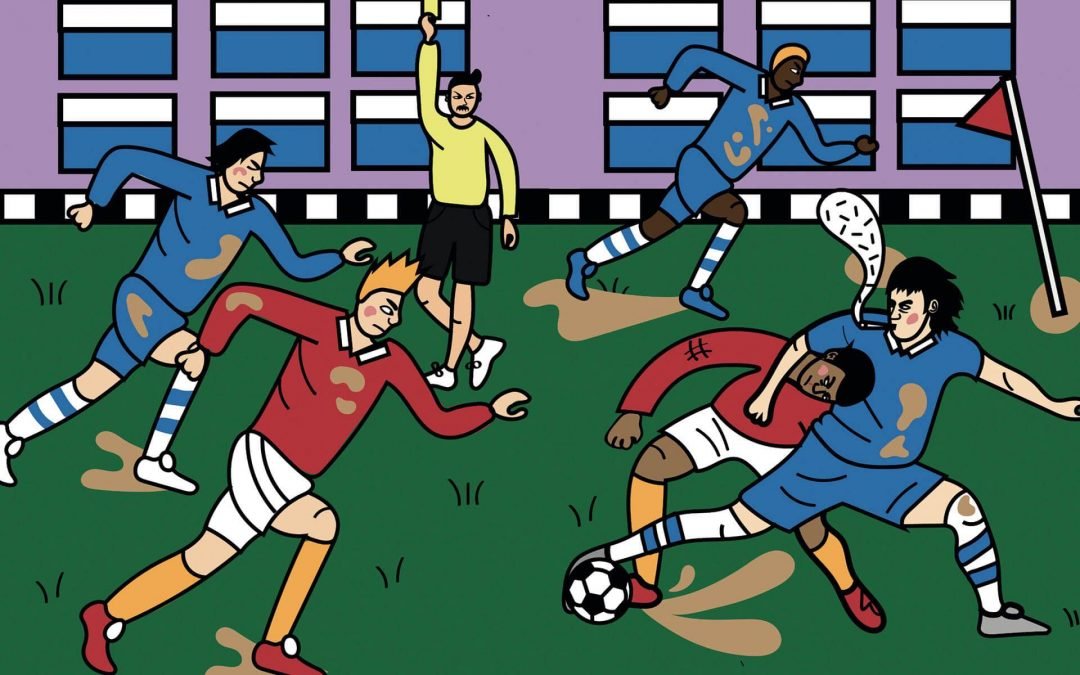 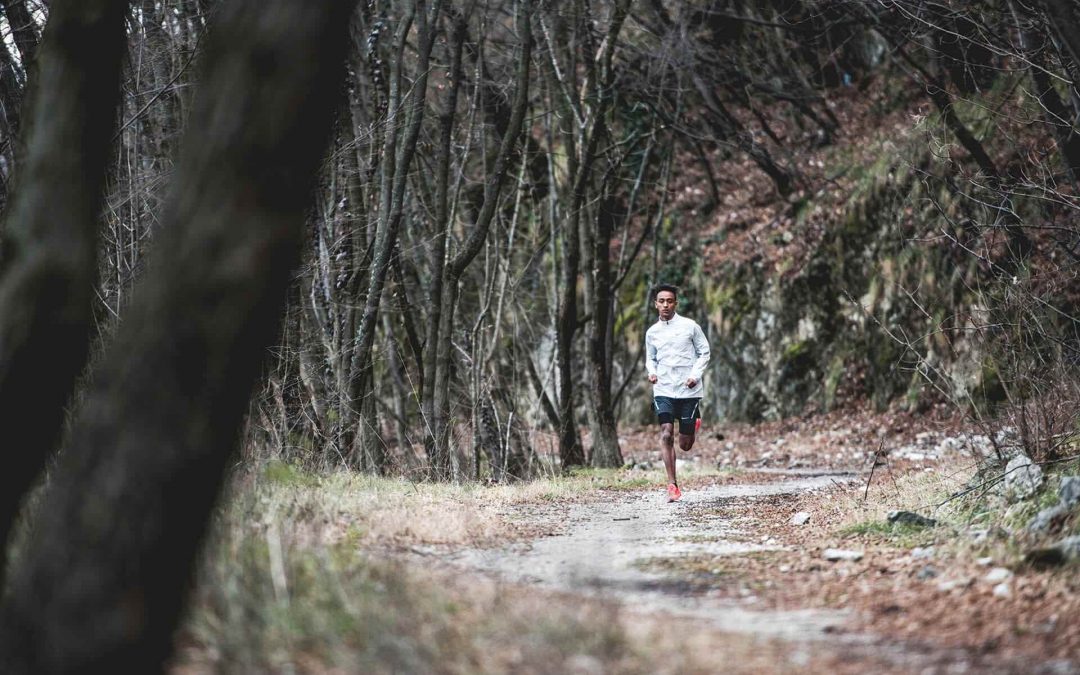 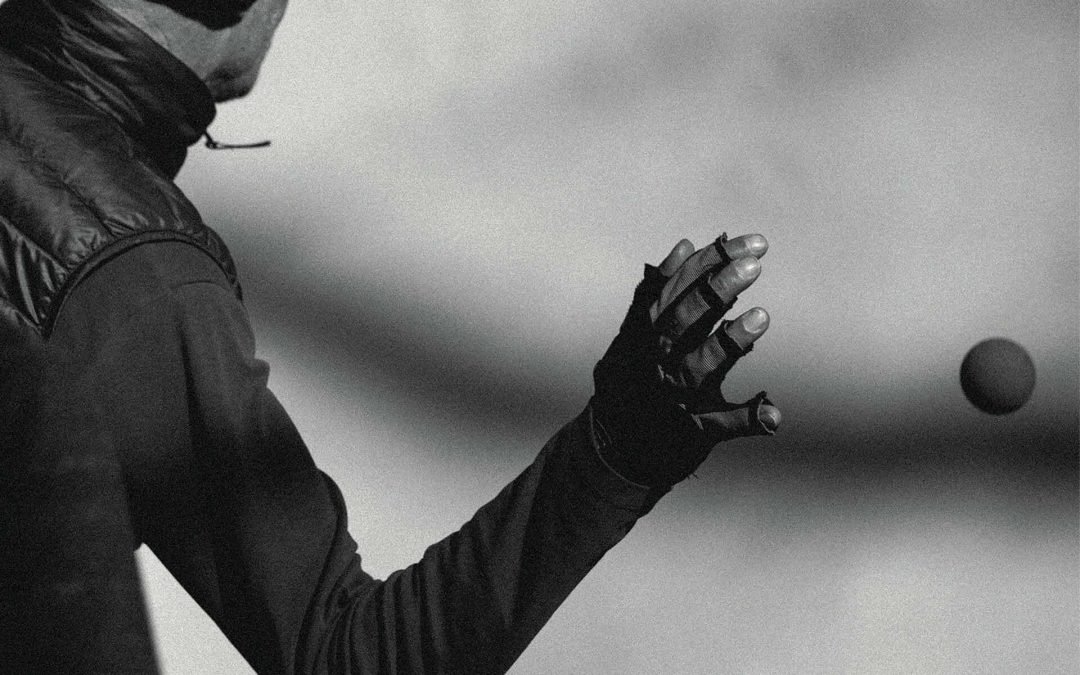