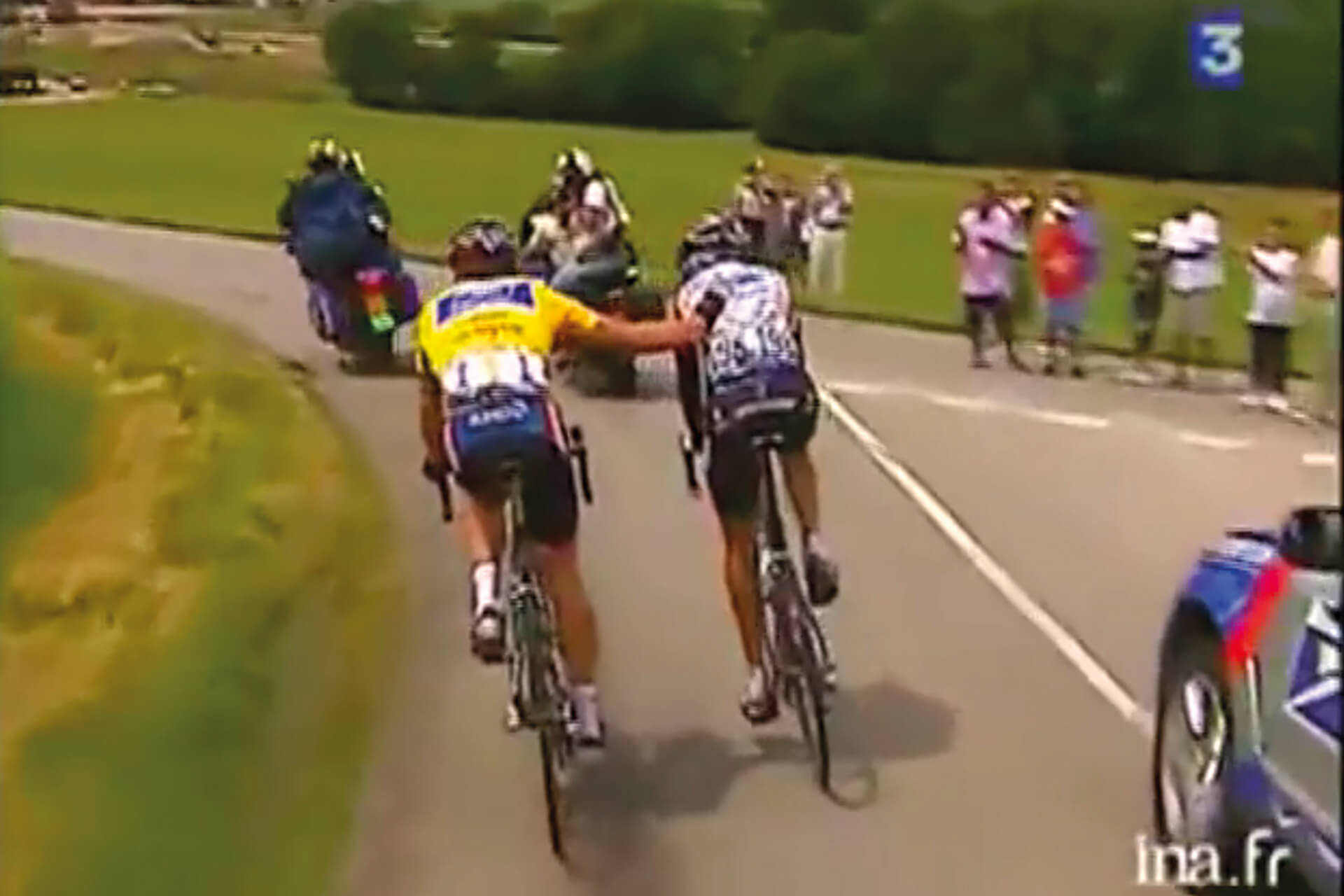 23 juillet 2004, the streets see the Good and Bad, the Right and Wrong

Rebellion is a category of spirit. Cycling is the first of the great popular sports. Before the business side of it prevailed, before media attention became a circus in permanent effective service. There are sacred places that recount the rituals of cycling. There’s one race that, more than any other, em- bodies the legend. It winds through the countryside, then climbs over the arid bends of the Pyrenees and scales the icy summits of the Alps.

It probes between rivers and castles, visiting ancient villages. It speaks of the Albigensians and the Capetians, of Robespierre and Voltaire. It’s accompanied by the voices of Edith Piaf and Charles Aznavour, of Jacques Brel and Georges Brassens. It’s la vie en rose, a race in yellow. It’s the Tour de France. They call it La Grande Boucle. It’s really a sort of great curl, like a lock of hair drawn into a loop around Paris, the iconic epilogue, along the Champs Élysées, under the Arc de Triomphe. 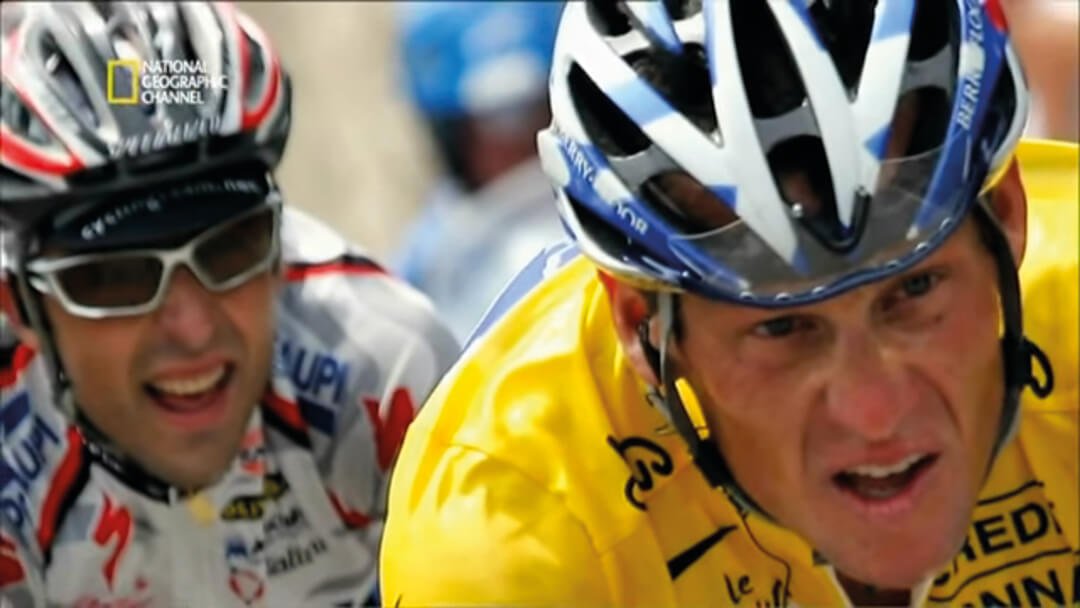 The Tour has only one winner and many losers.

Cycling is hard work. That’s why people have followed it passionately for decades, along with football. And so it was that the time came when it lost that mystic sense of belonging to the road that celebrated its greatness. As if all the prophets that recited its psalms had been placed in a dusty archive.

Lucien Petit-Breton, Ottavio Bottecchia, Gino Bartali, Fausto Coppi, Louison Bobet, Jacques Anquetil, Eddy Merckx, Bernard Hinault, Laurent Fignon, Greg LeMond, Miguel Indurain: the winners. The losers, a list too long and too lyrical to mix with the prose of the day in which cycling has abandoned the language of elegy to become part of the mob, a camarilla, a gang. There’s no longer a team, but thuggery. 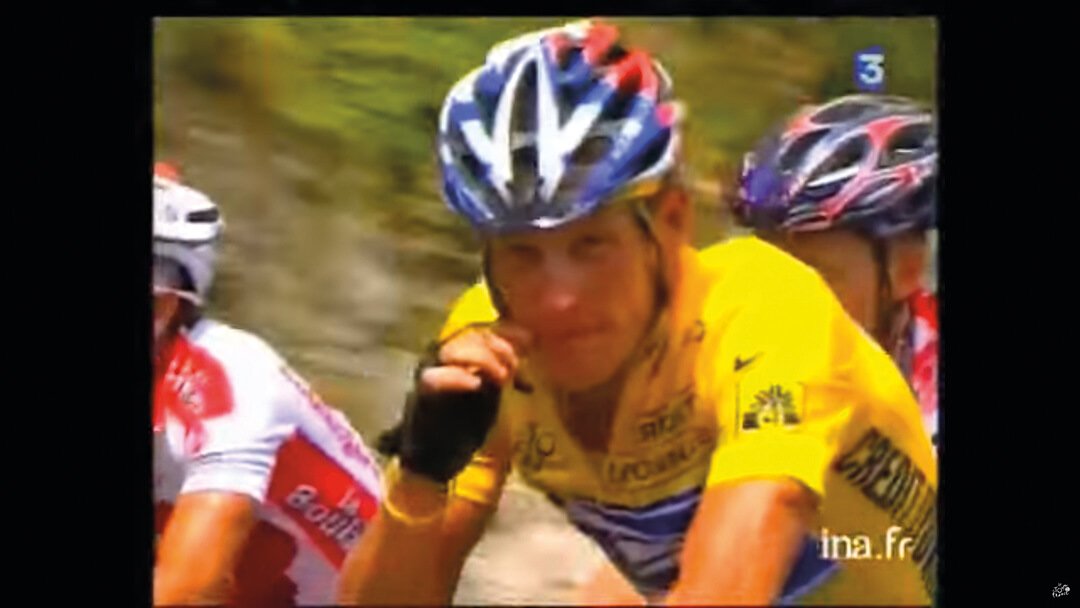 July 23rd 2004 is a cruel short film.
The images of what happened are easily accessible in our cybernetic age – with a simple click on YouTube, they appear in a sequence of relatively low-definition frames. The Good, the Bad … and there’s no black and white between Filippo Simeoni and Lance Armstrong. Not now, at least. At the time, it wasn’t as clear, along the 166 kilometres that brought them from Annemasse to Lons-le-Saunier, from the blue lights of Haute Savoie to the liquid silence of Burgundy. Lance Armstrong was the Texan who was about to win his sixth consecutive Tour.

The American who had beaten a tumour and who was an emblem of courage for millions of people. The personal friend of Bill Clinton and George W. Bush. Filippo Simeoni, on the other hand, was an Italian who loved the land that his father hailed from: Sezze, a small village near Lati- na, between Naples and Rome. A land of workers, a land of boundaries, a land of sweat. Filippo Simeoni was only a semi- colon, in comparison to the monumental anthology written by Lance Armstrong.

Yet, in the vortex in which their lives were woven, they were wrapped around a seam in the fabric, where it had been patched and mended: Dr Michele Ferrari. A scientist, a wizard. Saruman, not Gandalf. The lord of a ring that would imprison generations of cyclists, EPO. Erythropoi- etin: run faster, run without feeling your legs buckle, your brain clouding over, your lungs failing.

Simeoni had gone to Ferrari. Armstrong had gone more frequently. One had tried to win. The other had started to win overwhelmingly, and never stopped. Simeoni was the sweat of Sezze. Armstrong, the emperor of cycling. A vindictive sovereign, a sire that demanded taxes, tributes and duties from his subjects. That’s why, when Simeoni testified about what he and Fer- rari had been doing, the foundations of the empire trem- bled. And the shogun that lurked in Armstrong demanded blood as his moral right.

Between Annemasse and Lons-le-Saunier, the race of Filippo Simeoni is a sprint for victory that many wanted to be part of. There were six of them, along with Simeoni, who could have done so. Flecha, Fofanov, Mercado, Joly, Garcia Acosta, Lotz. These are their names. But among those who wanted to and those who could, Armstrong had decided, there were some who shouldn’t. Only one. Only Filippo Simeoni. The spy, the traitor. And so the emperor who had friends in Hollywood, who dated Sheryl Crow, who raised millions of dollars for cancer research, shadowed Simeoni.

As punishment, Simeoni would have to surrender: “Give in, or there’s no way out for anyone,” came the order. And Simeoni, always with the sweat of Sezze on him, sprints away. When the group catches up, Armstrong the emperor indicates with an unmistakable gesture that he has to keep his mouth shut. The others sprint ahead. For what it’s worth, Mercado wins. Lons-le-Saunier is the birthplace of Rouget de Lisle, the composer of ‘La Marseillaise’, the French national anthem.

At Lons-le-Saunier, cycling is on its deathbed. 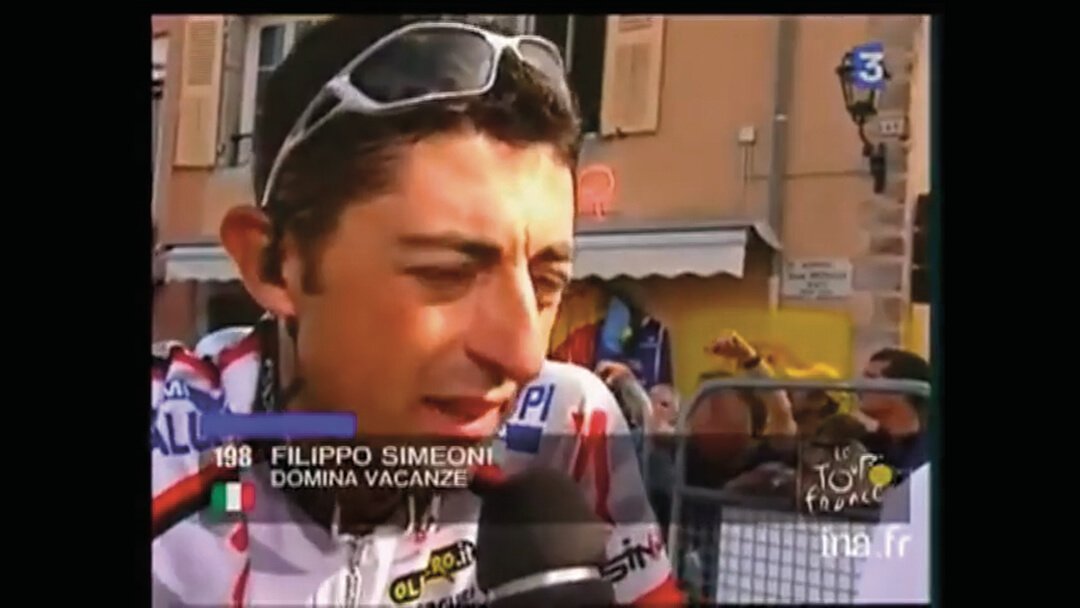 The spite of a ruthless feudal leader is fiercer than the dominion that he exercised over. Lance Armstrong will win seven Tours in a row, a record, and then retire, with his strongbox full of unspeakable secrets. Simeoni will pay for his rebellion with ostracism. Like in ancient Athens, when a citizen who was thought to be dangerous for the constitutional system was banished. Armstrong’s cycling world the same, relegating the man who questioned the emperor’s will to a state of limbo. Team-mates insult him. Some will apologize, others won’t.

They will marginalize him, like gang members turning their back on those who can’t come to terms with the criminal code that governs them. On him hangs a perpetual edict: ‘He’s a troublemaker,’ they all say. Nevertheless, cycling is a challenge against oneself. One metre you feel finished, the next you sprint. We had to wait to understand who was the Good and who was the Bad in this case. It wasn’t enough to win again, achieving victory in the Italian championships and earning himself the coveted tricolour jersey. Filippo Simeoni’s catharsis comes in 2008, in Bergamo. This is the goal he has pursued since he was a child – the poster of Bernard Hinault in his room, the dream of the Arabian phoenix with pedals, vowing to rise again from the ashes.

But it’s also another curse. It’s Armstrong who decides to race again, tired of being only a self-advertising brand, a product for sale, a talk-show character. It’s the 2009 Giro d’Italia. It’s a fresh start for the emperor. It’s the final insult to the guy of Sezze. If Simeoni is there, that means there can be no Armstrong, they decide. And Armstrong must be there, not Simeoni. They exclude his team. The Good takes off his tricolour jersey. He goes to the offices of the National Cycling Federation and asks to see the President. They don’t let him. He opens his briefcase, and takes out a small bag that he leaves with the secretary.

Inside there is that childhood dream.

The jersey of the Italian champion. The ‘green white and red’ of the boy who wanted to be Hinault and challenge Armstrong. The last curve, the last climb, the last farewell. There will be a day when the emperor will be naked. Stripped of the fraud of his victories. All his Tours taken from him.

A crack in the Grande Boucle. Lance Armstrong, the Texan with eyes of ice, will admit he was a cheat: now he’s the Bad. Filippo Simeoni reads about it in the newspaper. Perhaps for him it wasn’t the last climb. Not yet. It was like in the song by Edith Piaf: ‘Je ne regrette rien’. I don’t regret anything.