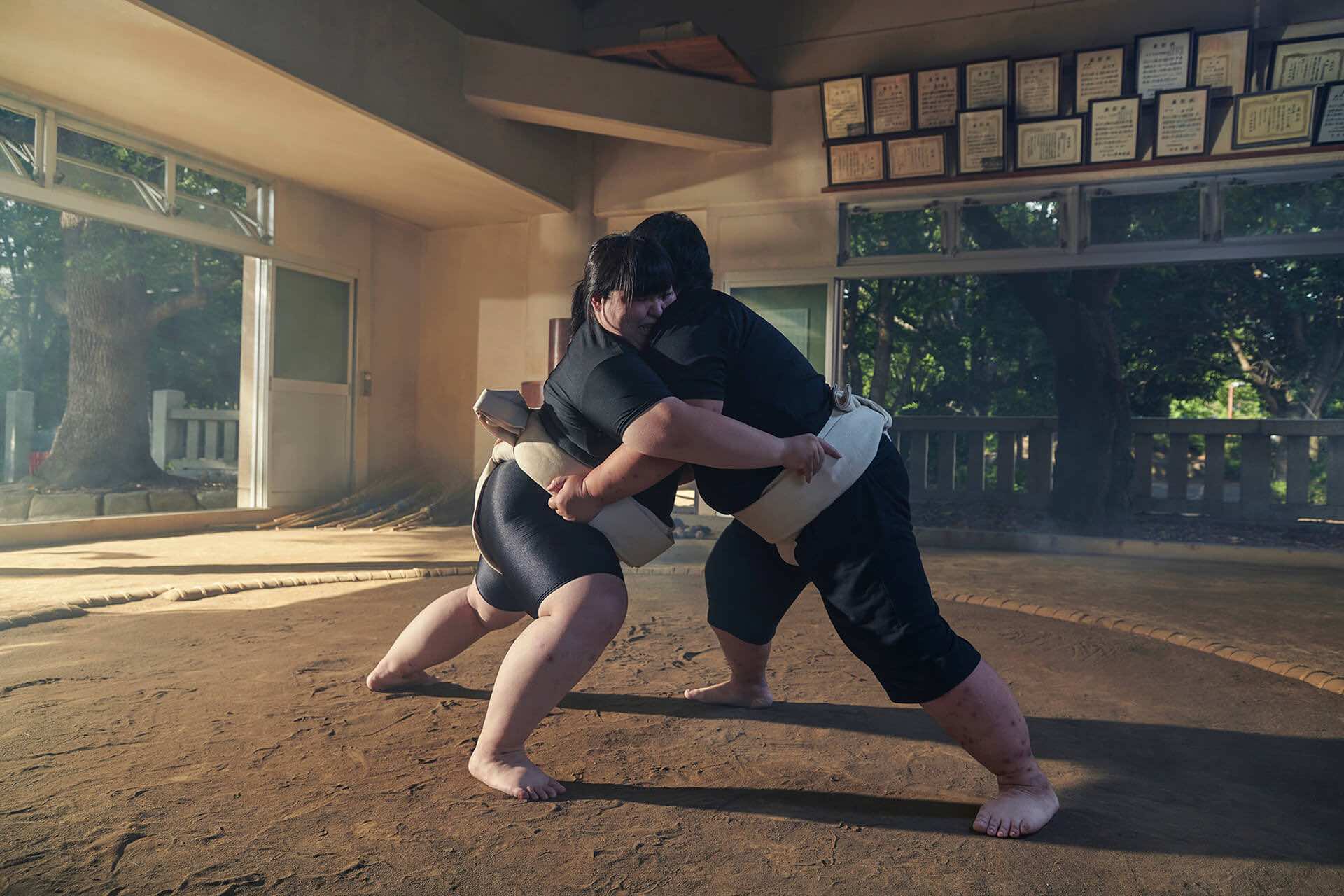 A journey among the pioneers of female Sumo

Sumo wrestling is known as the extreme ballet of giants.

Physically demanding and tactically straining, sumo is a nuanced and exciting sport. There are 82 distinct winning techniques or ‘Kimarite’, meaning weight and strength aren’t always the deciding factors in a bout. 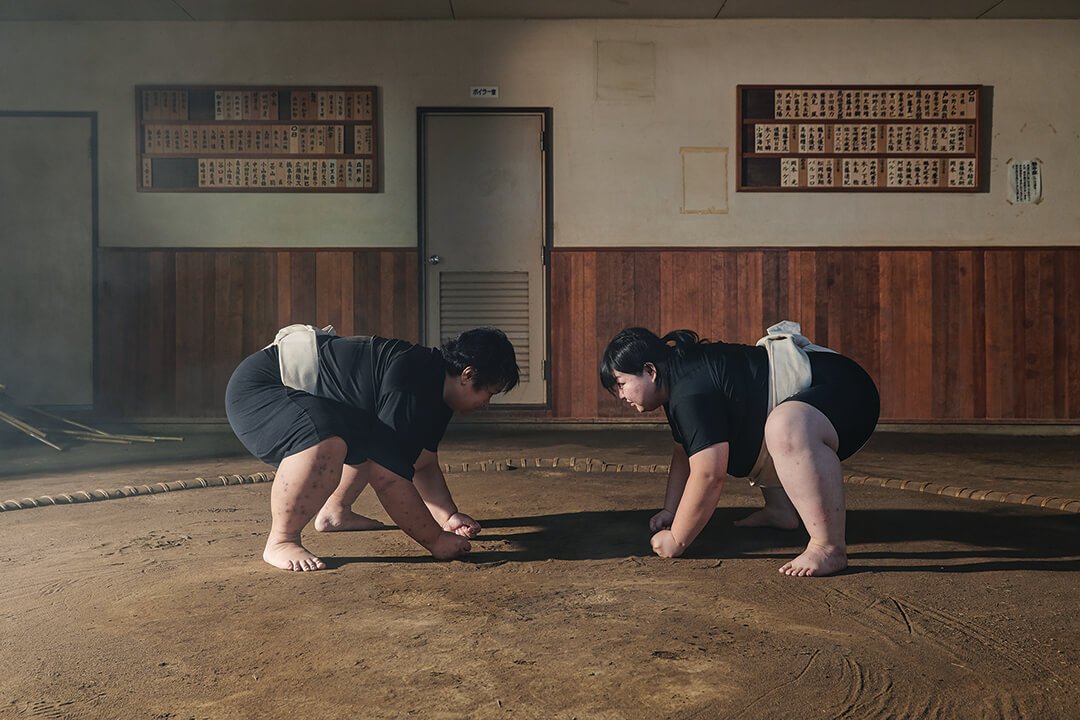 In the world of sumo wrestling, male sumo wrestlers are held in the highest regard, akin to rockstars or Hollywood actors. Females however are traditionally expected to play the role of supportive wife to the wrestlers or, in the case that their husband has become a stablemaster, a surrogate mother for all of his trainee wrestlers.

This attitude is slowly changing as female sumo is gaining more coverage. With more women taking part in the sport than ever, what was until recently seen a strange hobby could soon become a professional sport for women, just as it is for their male counterparts.

In order to photograph some of these pioneering female sumo wrestlers I travelled from the UK to Japan and, after a jetlagged afternoon finding my way around Tokyo, I travelled to Tachikawa City where we found our location; Tachikawa Renseikan Sumo Hall. This is where my fixer, and I would meet Mako and Shizuka.

Mako is a 23 year old three-time champion of the Fukashima-cho Hokkaido Women’s Sumo Tournament. Day to day she is a nursing student with a mixed martial arts background. She doesn’t train at a sumo stables but finds other athletes like herself to train with.

Shizuka is 32 and has been wrestling for 16 years. Male sumo wrestlers would start training at age 16 or 17 at a stables and would likely be heading for retirement by their mid 30s, but this is not the case for Shizuka. Much of her time is consumed by her day job as a truck driver, so she uses the heavy loads she has to carry to contribute towards her weight training. 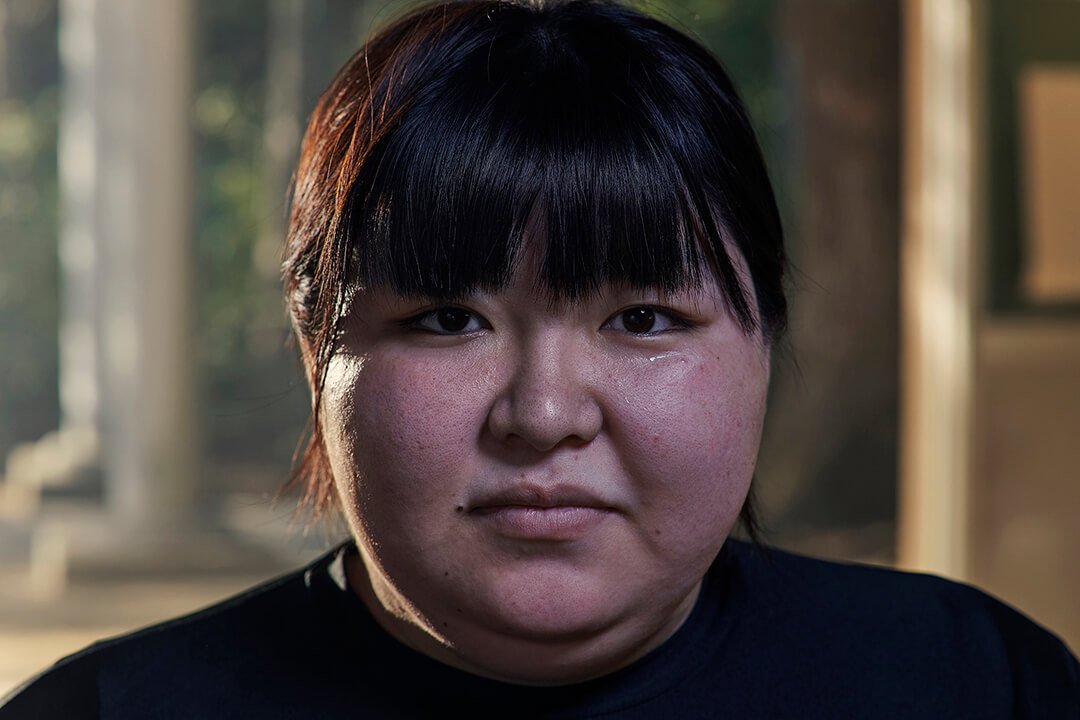 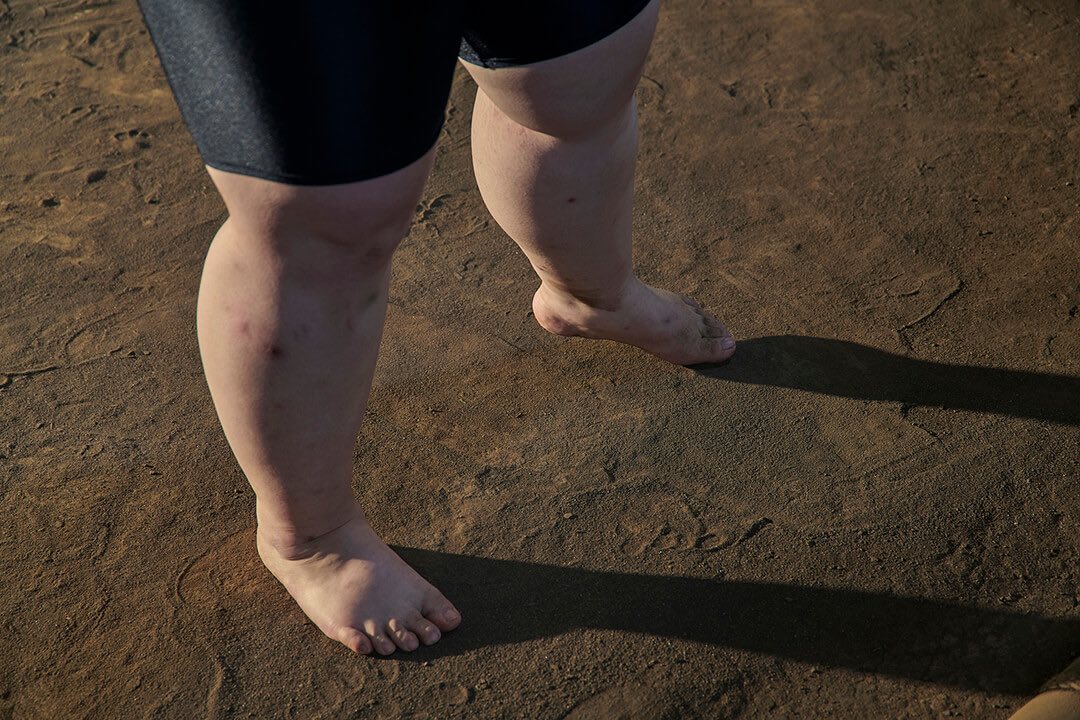 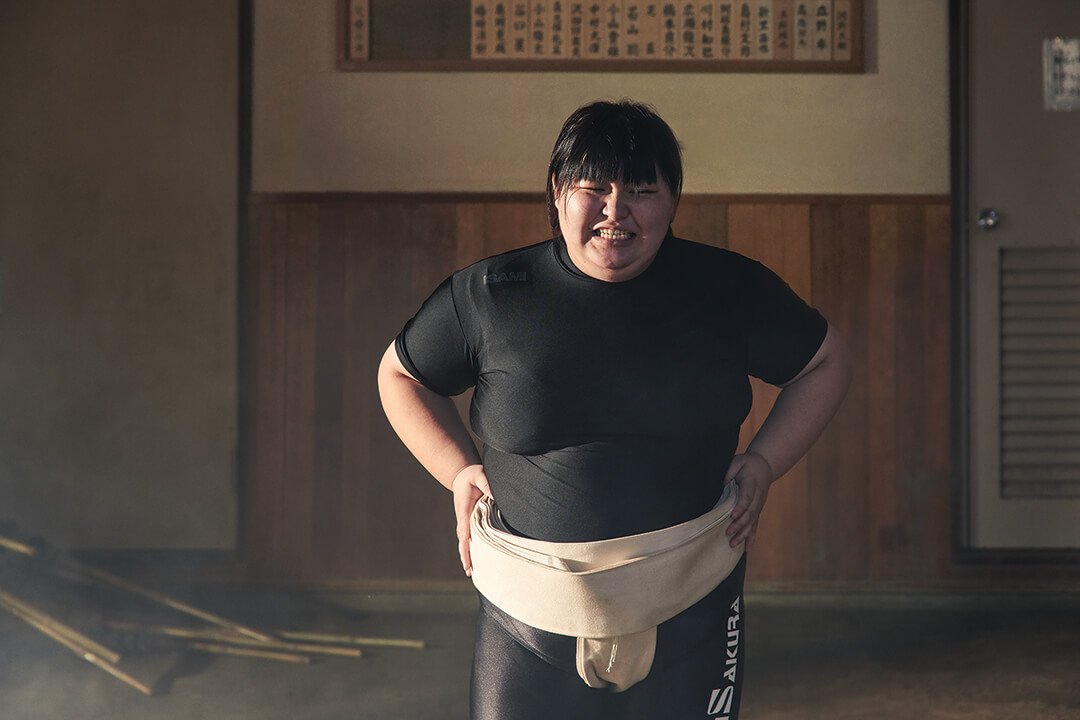 Usually I like to have a chat and build some kind of rapport with the people I’m photographing, but given our immense language barrier this was impossible. Despite the inability to communicate properly, I really got a sense of the wrestlers’ charisma and how excited they were to be involved with the project.

While the wrestlers were getting ready, I made the last adjustments to my lighting. I could hear them laughing and joking while doing their warm up of various stretches and lunges. When they entered the Dohyo (ring), however, there was silence in the hall and a complete respect for the sport. The ring was prepared by spreading a mound of sand around the ring. They then squatted in position and began their bout.

Immediately they gave all they could. I didn’t need to give them much direction to achieve an interesting composition in the images or capture the shapes they made – their wrestling prowess did that all for me. At times I had to move swiftly to stop from being bombarded which in itself was quite incredible as during a tournament you would never be able to get so close.

We shot for three hours, only stopping for short intervals for everyone to catch their breath. Their work ethic was incredible – I didn’t need to ask to get going again so that we could continue shooting, they just picked up where they left off. Used to short intense bouts the women demonstrated an extreme level of fitness. 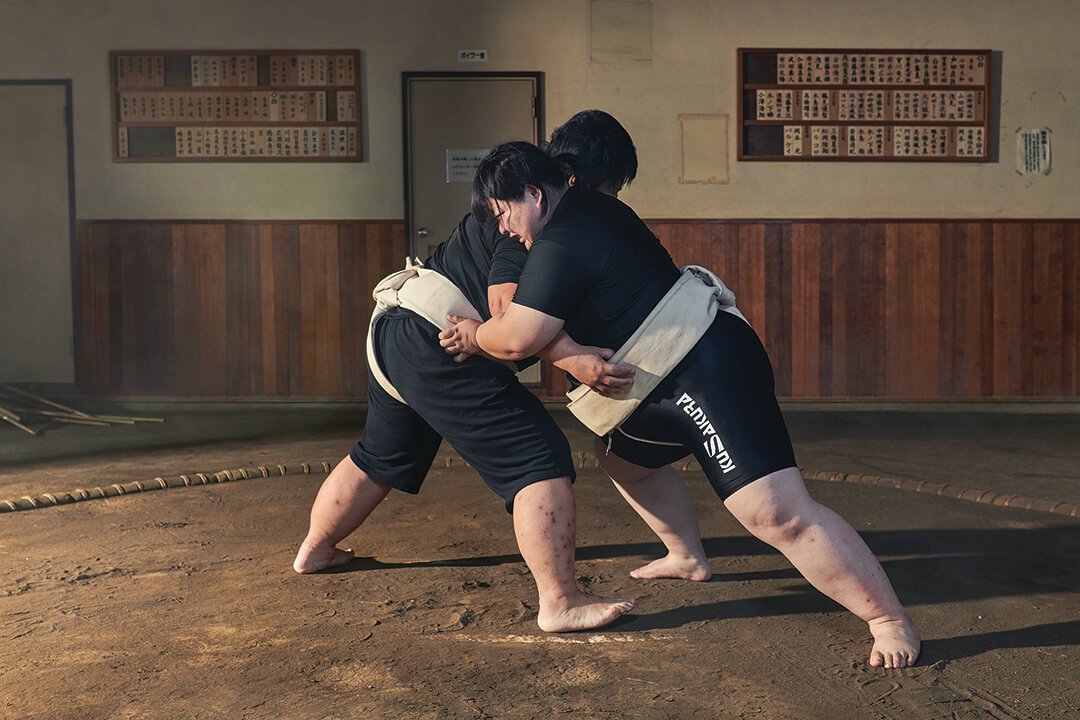 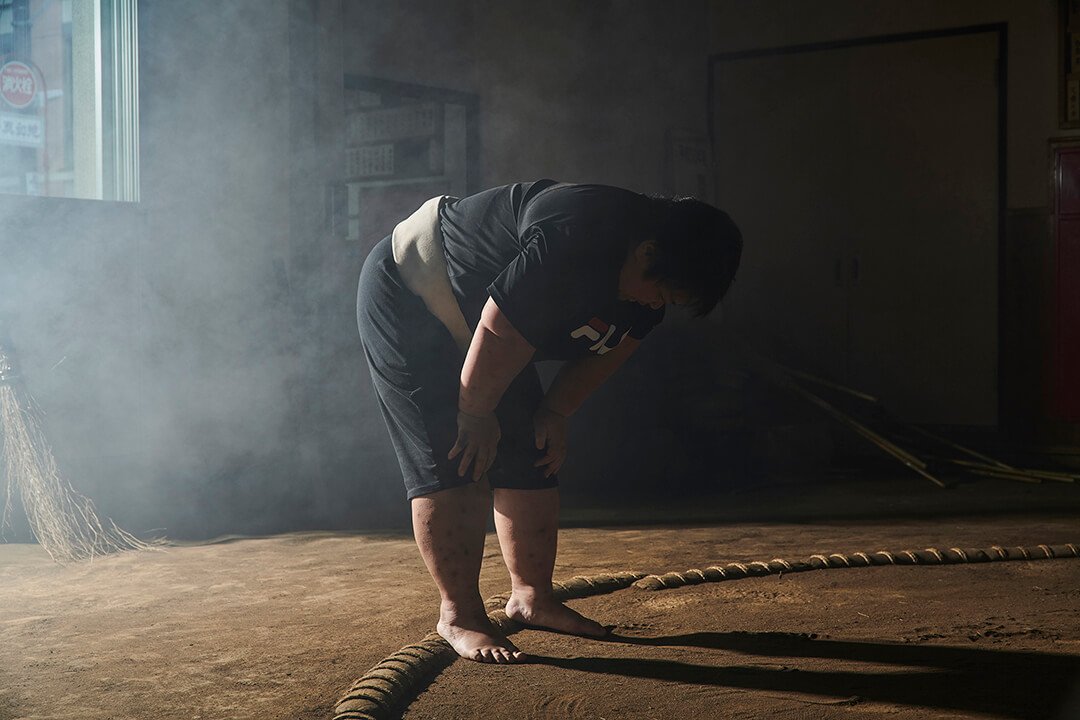 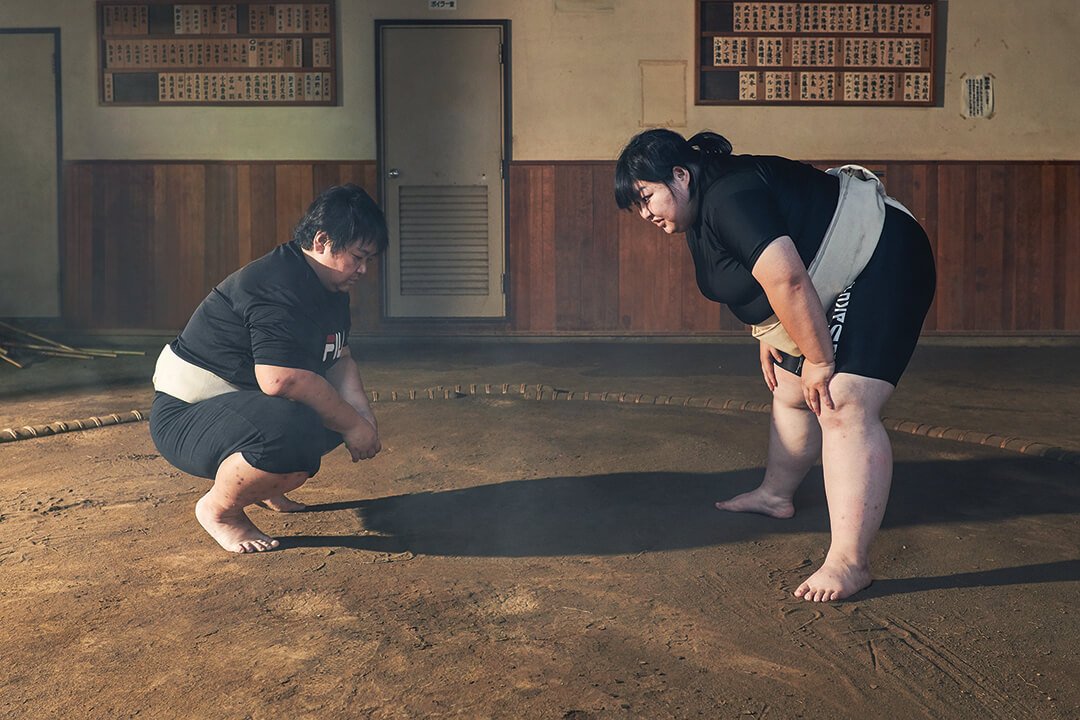 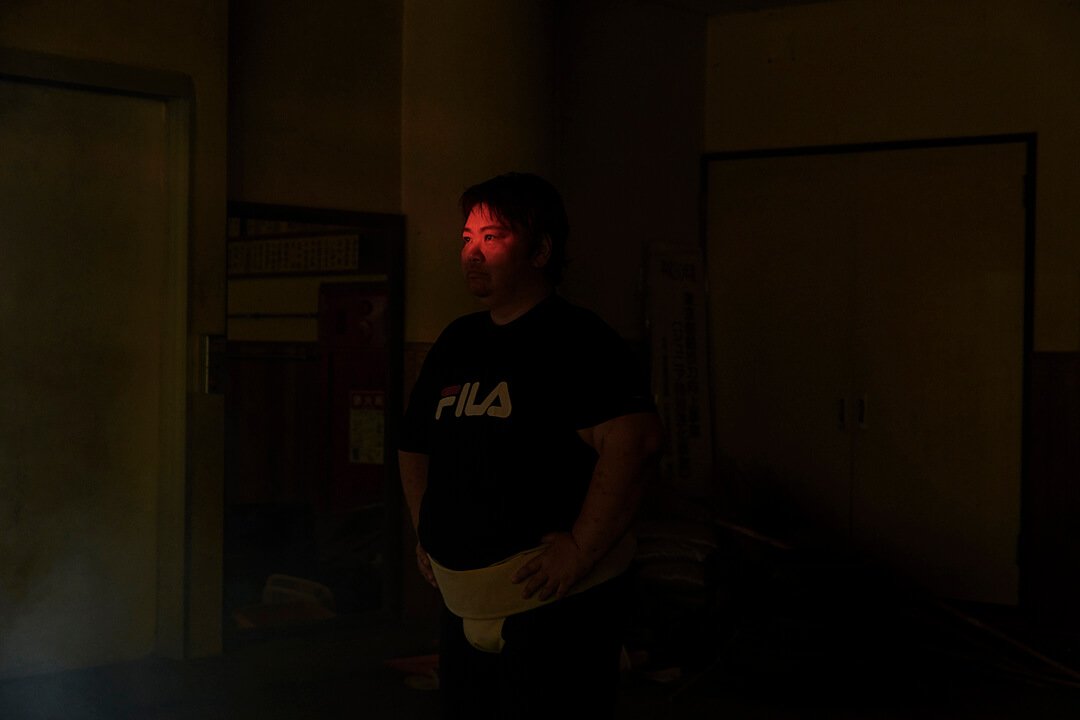 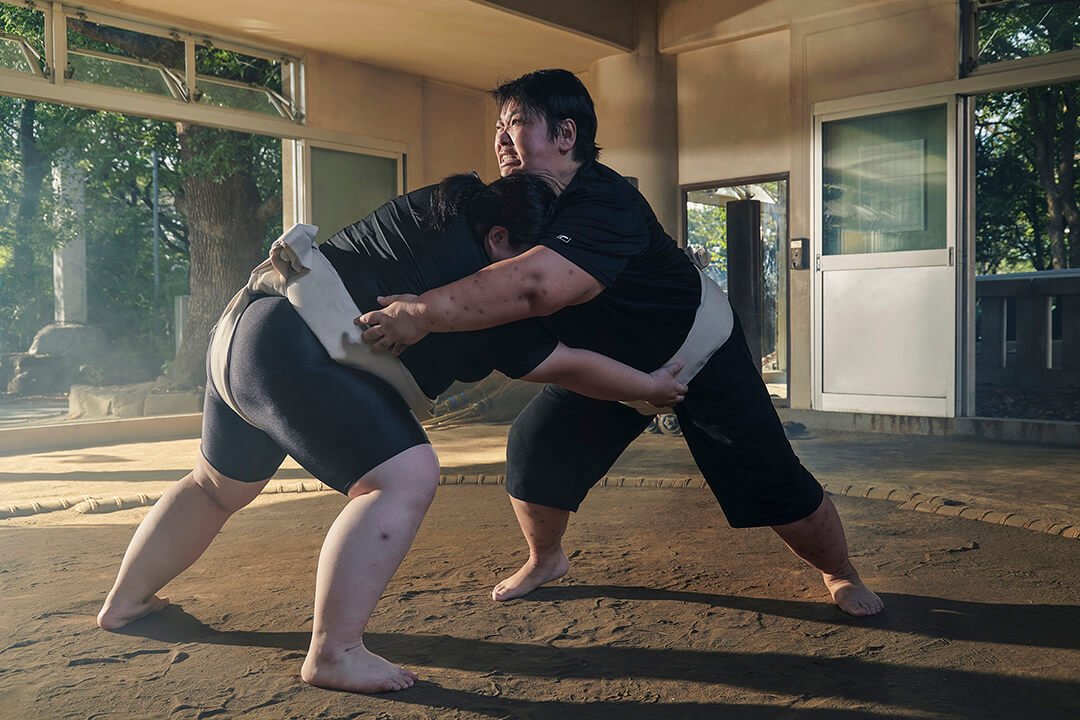 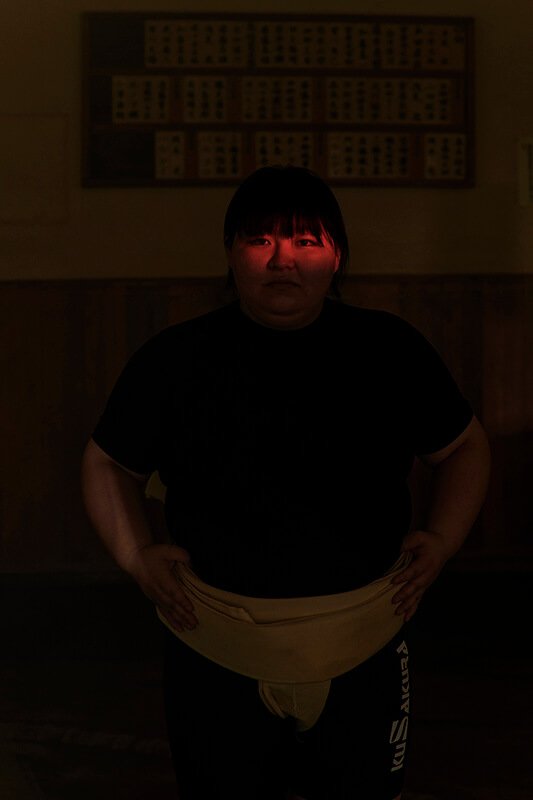 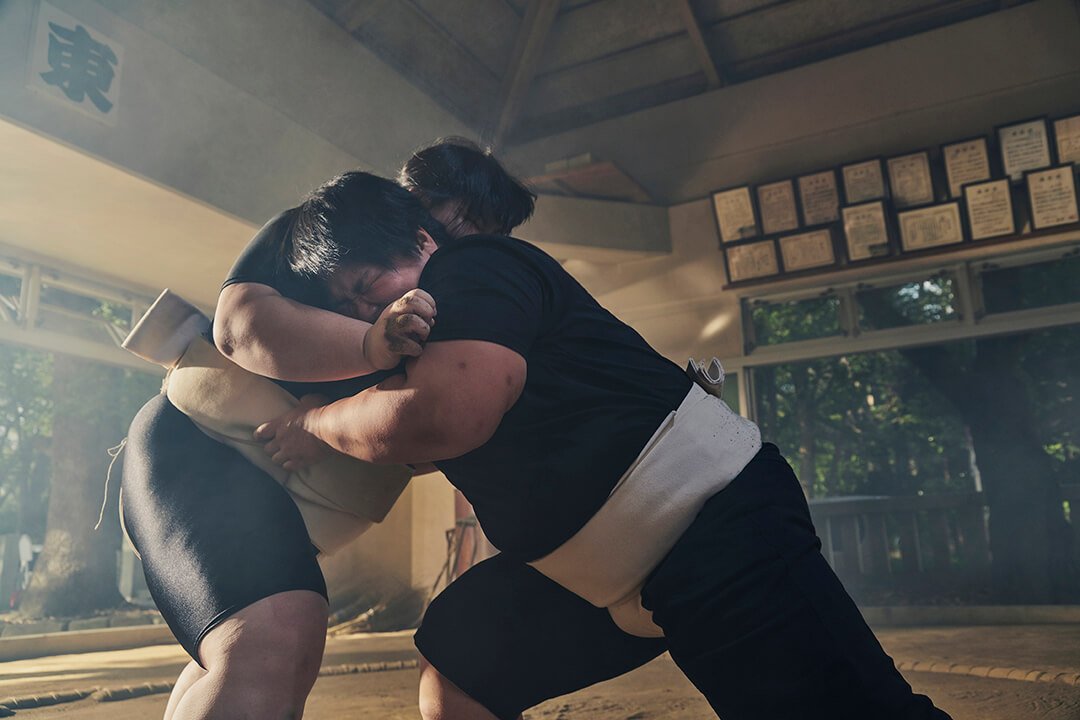