Behind the Lights – Kevin Couliau

Immortalizing basketball as a piece of art, as a sacred rite

Expressing the aesthetics of basketball, expressing aesthetics through basketball. Kevin Couliau has made the Naismith game a sort of personal cult, an inspired means for portraying ordinary people and NBA stars, illustrious politicians and distant cultures. 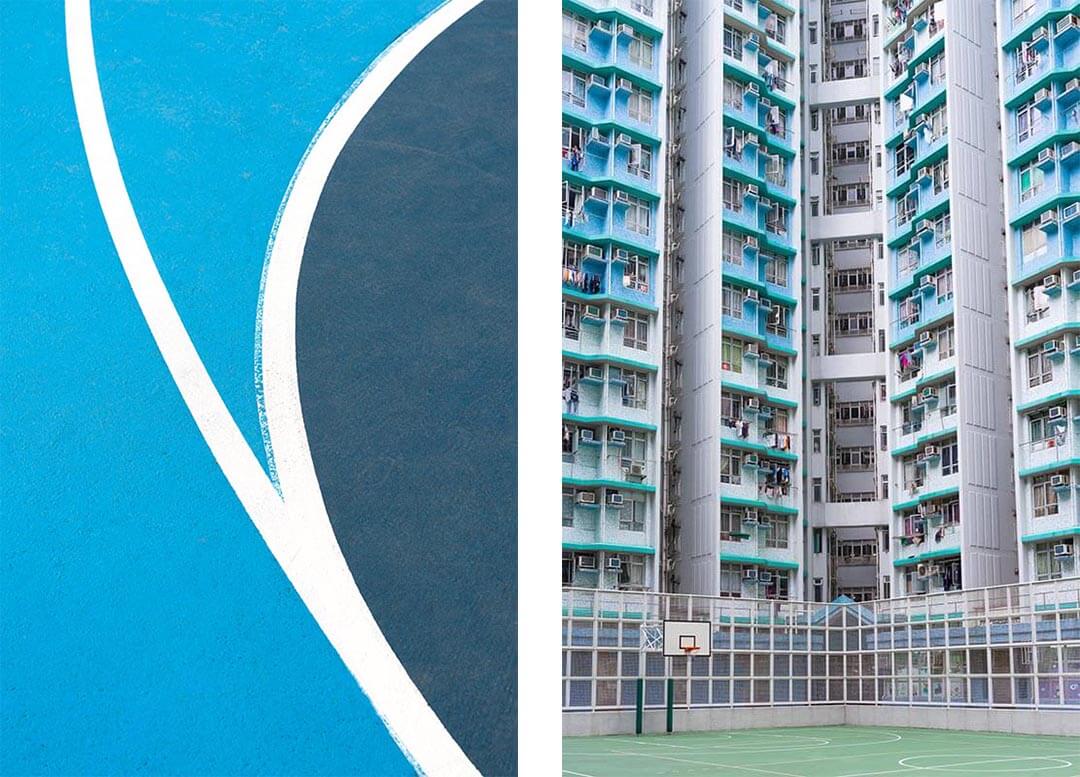 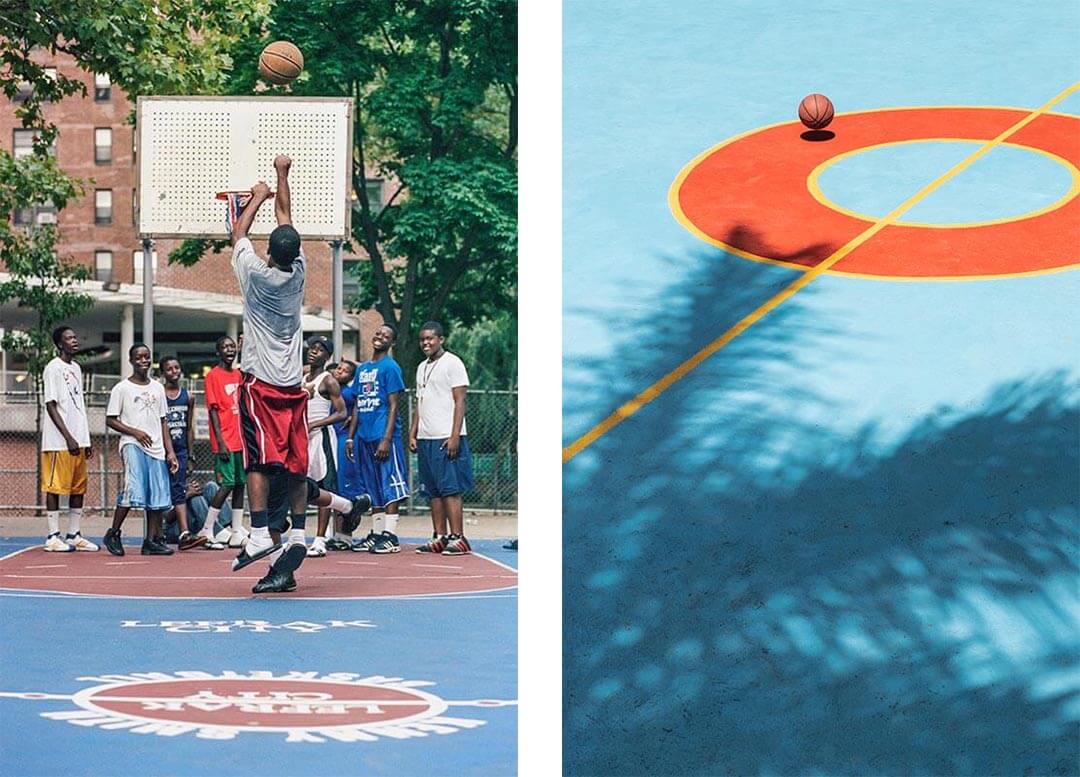 The French photographer has become a point of reference for a world, the basketball one, constantly sought after by the art scene, but not always portrayed in its entirety, in its more urban, more social facets. A world that Kevin met during his childhood.

“My older brother was a film-maker and professional skateboarder, I always followed him between videos and runs in Nantes. At the same time I started shooting hoops. We played on playground courts, we skated, we hung out with our friends. I had a sort of epiphany, a call to action, noticing the little emphasis given to the aesthetic side of outdoor basketball. I decided to portray the courts we played on with my camera, an old Canon EOS 5 that we had at home. That’s how my journey  began, in a very natural way. In the playground courts, as in the skateparks, I found, and still find, unique visual content: the context, the architecture, the lines on the ground, the buildings, the backboards… Each court has its own well-defined design.” 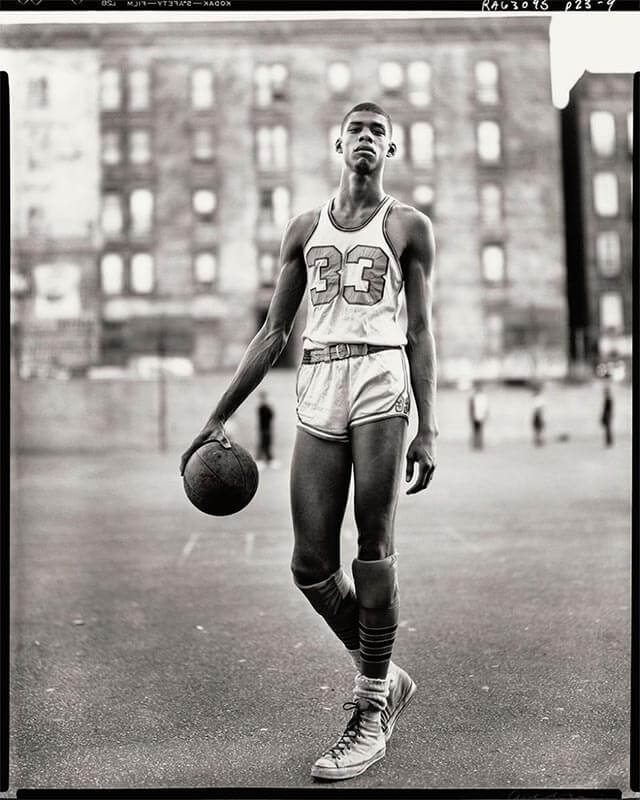 Artistic-sporting forms, optical paintings, involuntary visual compositions populated by orange leather, by rusty rims and by the follow through of millions of its followers. In Kevin’s shots the court’s essence mutates and becomes that of a church, of profane hermitages: a metaphor summed up in the title of one of his most representative series, ‘The Park is my Church’.

And just like an act of prayer, of extreme devotion, basketball was represented by Paul Hosefros and Richard Avedon: the main sources of inspiration for Couliau’s photographic journey.

“In these two shots I find the essence of my artistic research. In Avedon’s work a young Lew Alcindor is portrayed (the future Kareem Abdul-Jabaar). It’s an iconic shot, in which the personality of this man is exalted. The fact that Alcindor is not extrapolated from his childhood environment makes the shot real, meaningful, extremely powerful, and not artificial. On the other hand, In Hosefros’ shot I find instead a double value: photographic and symbolic. Because the composition is wonderful, I think it is almost superfluous to say, but wonderful is also the concept contained in this moment: the total passion for the Game, a Game that does not stop even in front of extraordinary external factors” 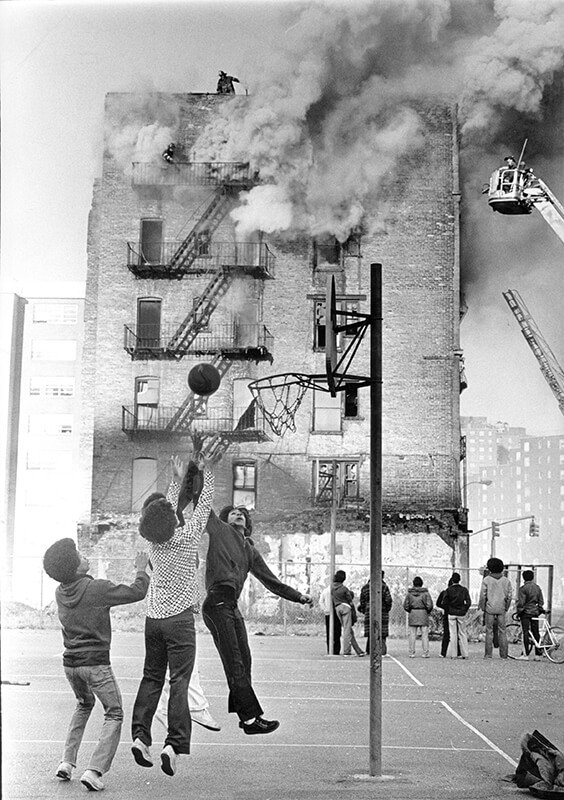 The pictures of Avedon and Hosefros take root in the nets of New York, that Big Apple that historically is considered the homeland of streetball: where every Avenue corresponds to a court, and vice versa. A promised land, which Kevin had the opportunity to explore far and wide, with a Spalding in his hands.

“Going to New York to carry out the ‘Doin’ It In The Park’ project, a tour of different courts around the city, was the realization of a dream. New York is the mecca for any streetballer: in the Big Apple every court has its own soul, its own history, its own legends. Another city full of open-air basketball theaters is Hong Kong. It surprised me to be honest, there is a massive and unsuspected concentration of courts there. You can observe these overcrowded residential places, these huge beehive-buildings that overlook a pair of rims: these playground courts look like small oases surrounded by concrete giants.”

New York and Hong Kong are just a small part of the places Kevin travelled through. In his constant search for the holy grail of basketball he also passed through Africa, where the asphalt takes the color of the red sand, where handcarved hoops placed three meters high allow kids to dream about the NBA.

“I’ve been to Senegal, South Africa, Somalia, Sudan, Kenya… I’ve been to remote areas, refugee camps, all places united by the presence of a bouncing ball. I’ve also personally worked for the ‘Giants of Africa’ project, directed by Raptors President of Basketball Operations Masai Ujiri. These experiences on the African continent made me understand the social value of basketball and how much it can give these people” 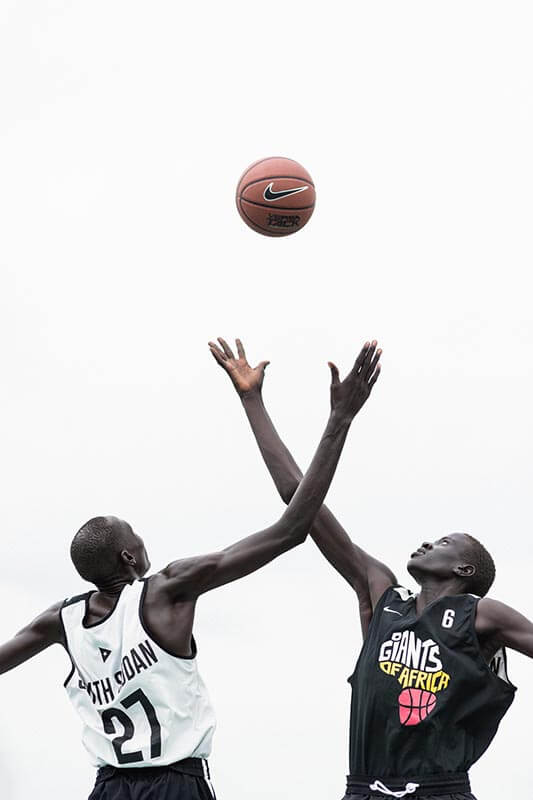 Places, but also people, characters. Thanks to ‘Giants of Africa’ Kevin had the opportunity to portrait none other than Barack Obama. Needless to say, he did it on a newly inaugurated Kenyan court.

“Obama was on my top list of celebrities to photograph. The opportunity arrived in Kenya, although I had little time available, it was enough for me to think about the actual geopolitical influence of this Game and how much basketball has shaped Obama as a man. The thing that struck me, as a baller, was seeing him get to the free throw line, take a couple of dribbles between his legs, and score. One on one, in typical Obama style. Giannis Antetokounmpo was another star that I’ve been lucky enough to photograph. I believe that the ‘Greek Freak’ is much more than just an athlete: with his Nigerian origins he’s a symbol of modern Europe. He is the most physically impressive human being I’ve ever worked with. He has endless legs and arms, a body that any basketball lover can only dream of. His only flaw is that these infinite levers aren’t very easy to portray” 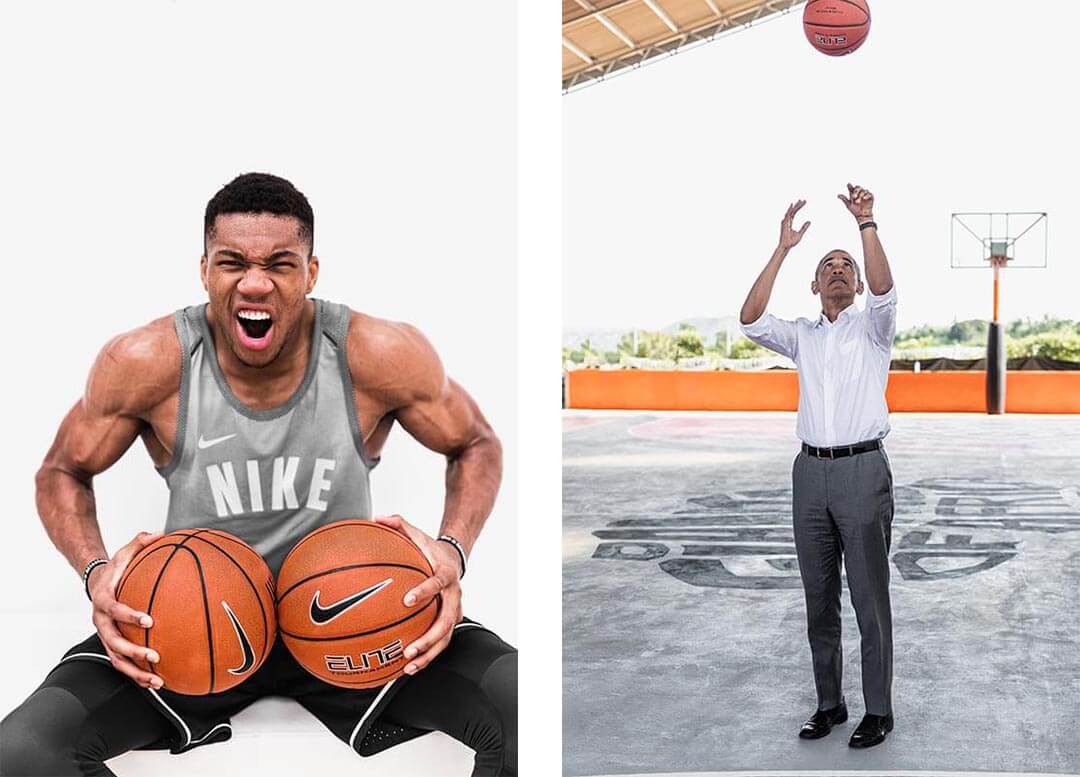 Kevin’s current goal is very simple: to continue his liaison with basketball, implementing the culture of the Game, continuing to immortalise its most sacred and aesthetic side.

“My search for these mystical places will continue. Now many people around the world are painting the courts, making them small pieces of art. My research, however, will focus on the natural aesthetic of the hoops, on ‘primitive’ courts that are unconsciously artistic”

The Island of Burano, a church marked by lagoon currents, soft colours and a backboard that appears out of nowhere. Kevin leaves us with this image: an image that defines his refined artistic investigation. 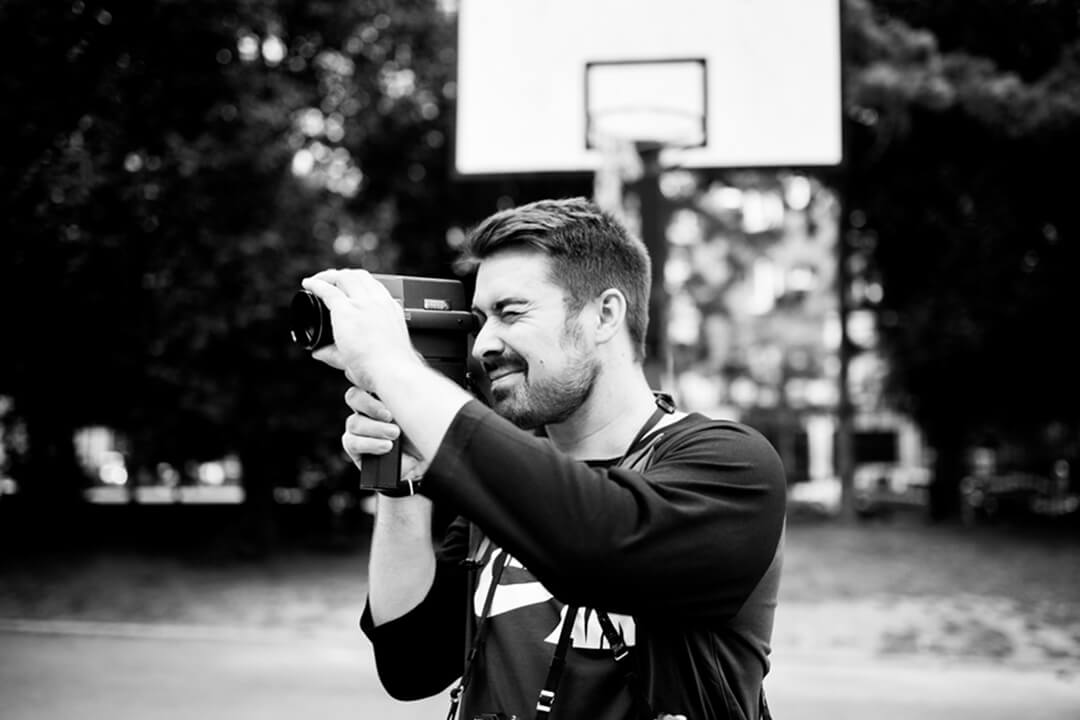 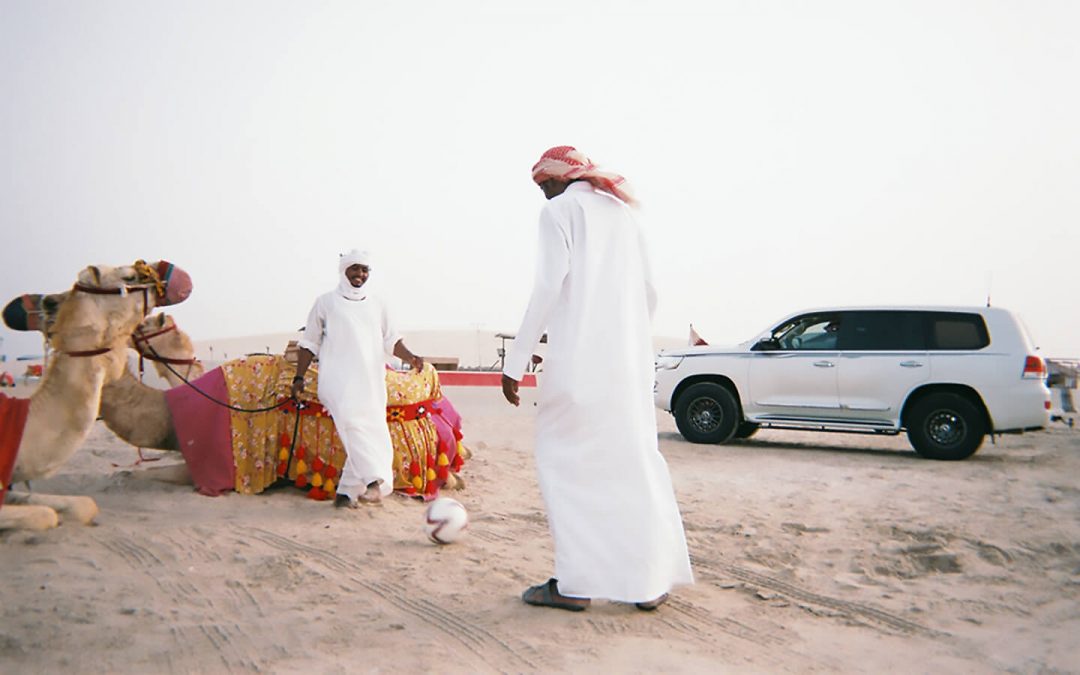