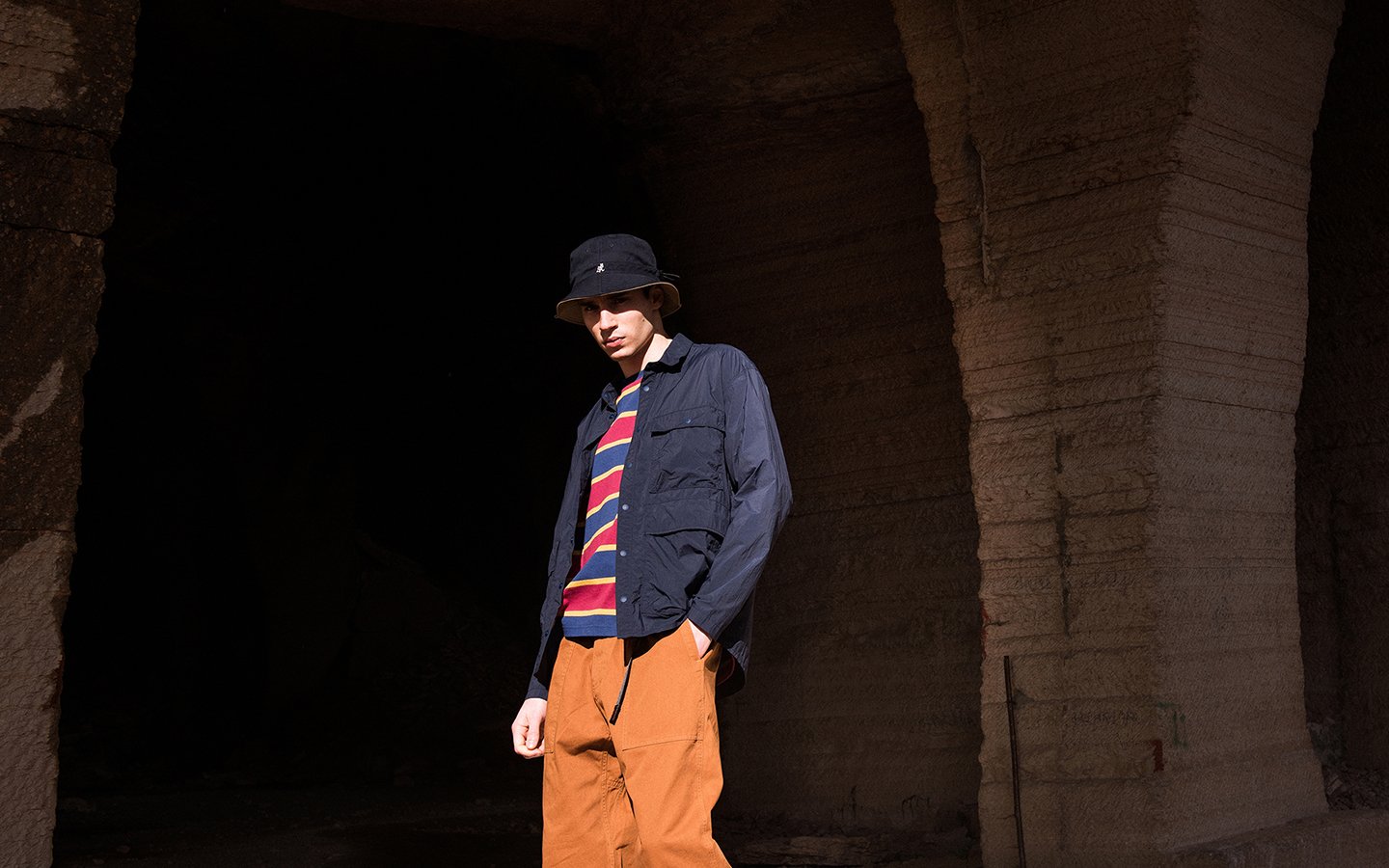 In the 1980s Mike Graham, a rebel of the walls, created a brand destined for legend

Imagine the aftermath of the 1970s rebels, imagine a welcoming shadow stretching, hour after hour, at the foot of the superb Half Dome, a granite spur nestled in the heart of Yosemite Park.

Imagine a psychedelic California, lived on the notes of Jimi Hendrix, populated by young people with unkempt beards, by bodies that immolate themselves on vertical walls in search of sensory freedom, in search of goals to be conquered hand after hand, foothold after foothold.

Just imagine a Woodstock of climbing, a commune of ascension, where the excess of physical effort alternates with the enchanting faunal chatter of the Sierra Nevada.

Now imagine that this human enclave, abandoned to adrenaline peaks and inner ecstasy, was the birthplace of one of the most iconic brands in the outdoor universe. You’re imaging Gramicci’s story. 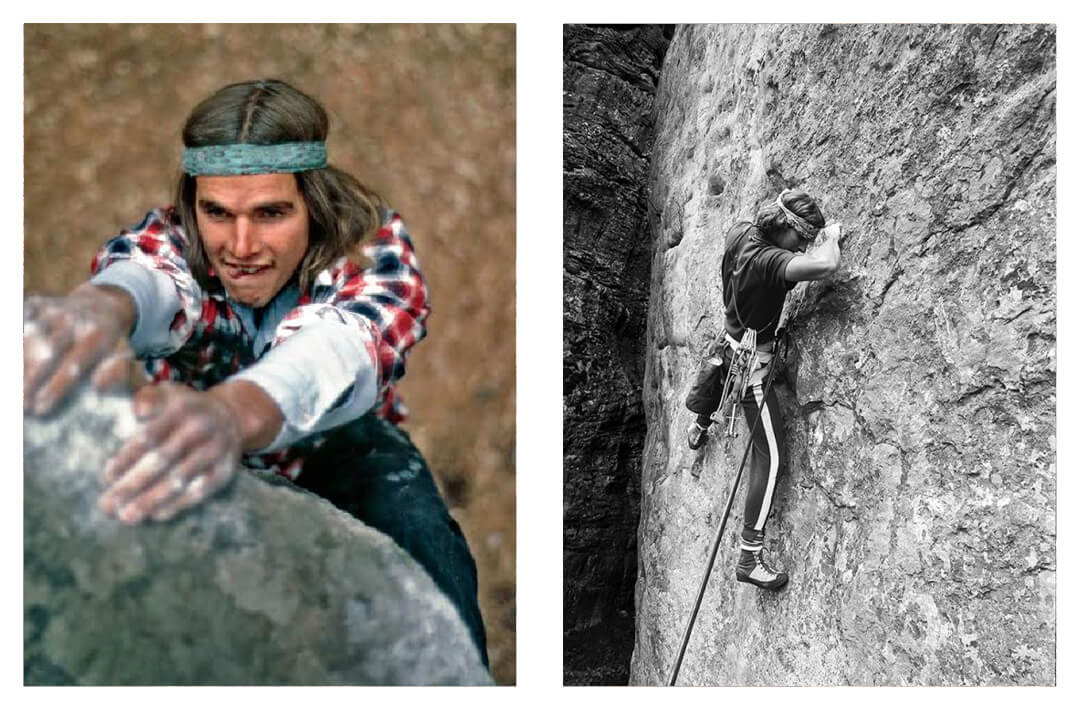 MIKE GRAHAM AND THE UTOPIA OF THE HALF DOME

“Never has been, and never will be trodden by human foot”. Geologist Josiah Whitney referred with this distrust to the rock dome overlooking Yosemite National Park.

The Half Dome was utopia, it was a dizzying abyss tending towards the sky, impossible to dominate. At least apparently. At least until the pegs and ropes of George Anderson, the Scottish climber who was the first to escape from the abyss in 1875, reaching the summit, and starting a challenge that would be cyclically repeated for the whole following century, arriving intact, in all its suggestive power, to the present.

They found themselves on the slopes of that rock screen, the so-called ‘Stonemasters’, legendary performers of climbing between the 1970s and 1980s. They ascended under the influence of rock ‘n’ roll and LSD, wore colorful bandanas and oversized sweaters. At night, when darkness took over the Half Dome, they lit up their camps with saxophones and swirling parties.

They were in their twenties or so, they were free, they risked their lives to merge with nature. They did not want to dominate the elements, they wanted to understand their primordial essence more deeply. Among them was a teenager, Mike Graham, an unwitting visionary who, in those journeys suspended in the void, would find the inspiration for a clothing brand. 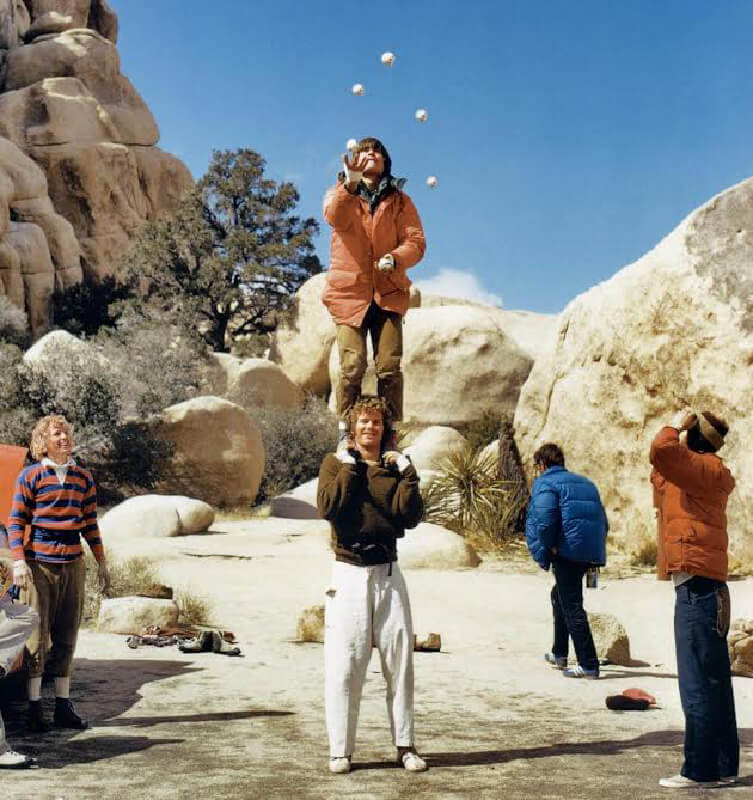 THE BIRTH OF GRAMICCI

Gramicci’s genesis would have Italian colours. Incomprehensible, almost surreal colours. In fact, it seems that Graham, driven by his intolerance towards tight and uncomfortable trousers, decided to start producing a different type of technical material, different from the obsolete garments used until then for climbing.

Apparently, he decided to do this for a first all-Italian climb of the Half Dome, and apparently, he wanted to Italianize his surname to honour his travelling companions. In reality there was little, if any, Italian in that umpteenth assault on Yosemite’s most famous dome. There was only that linguistic flicker: that Gramicci, hybridization of Graham, which sounded as exotic, as it was effective for branding the newly created garments.

The fact is that in his small Californian garage, Graham became a creator, an inventor, redesigning the cornerstones of outdoor clothing, following his own vision focused on comfort, practicality, performance.

Greater freedom arrived at the inguinal level to increase the range of action of the legs. Then came the integration of a nylon belt which, over time, became the Californian brand’s manifesto. Silhouettes devoted to exploration and walls also arrived in this fresh wave of climbing style. With them came the fame, initially niche and then global. 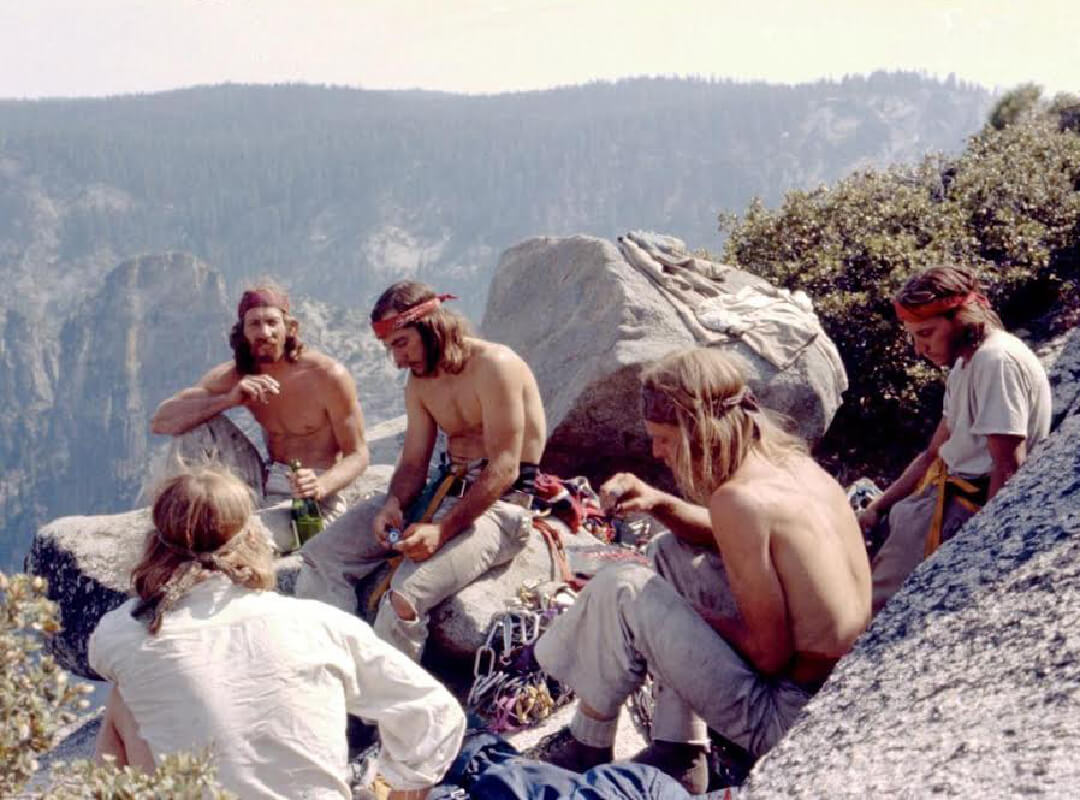 GRAMICCI IN URBAN CULTURE AND IN THE PRESENT DAY

With the onset of the 1990s and the explosion of urban movements linked to the imaginary of skate and surf, Gramicci flooded the metropolitan asphalts, turning into a cult company for the streetwear universe. The Californian brand, along with other similar international realities,  changed the perception of the technical brand.

The iconic logo, the stylized and red-coloured climber, has recently returned to animate the peaks of the street-sports scene. Remaining faithful to its natural roots, Gramicci’s rebirth has been based on the historical cornerstones of the company’s soul: eco-sustainability, moral and aesthetic contiguity with the rebellious ‘Stonemasters’, and freedom, whether of movement or thought.

Universal concepts, not by chance sown and flourished even in unexpected places, such as beyond the Pacific, in Japan’s Rising Sun, or in Europe, which gave birth to the first mountain explorers (see the mountaineering movement of Victorian England). Universal concepts, in fact, like climbing itself, like the sensations experienced on walls all over the world. Concepts which have always been Gramicci’s manifesto. 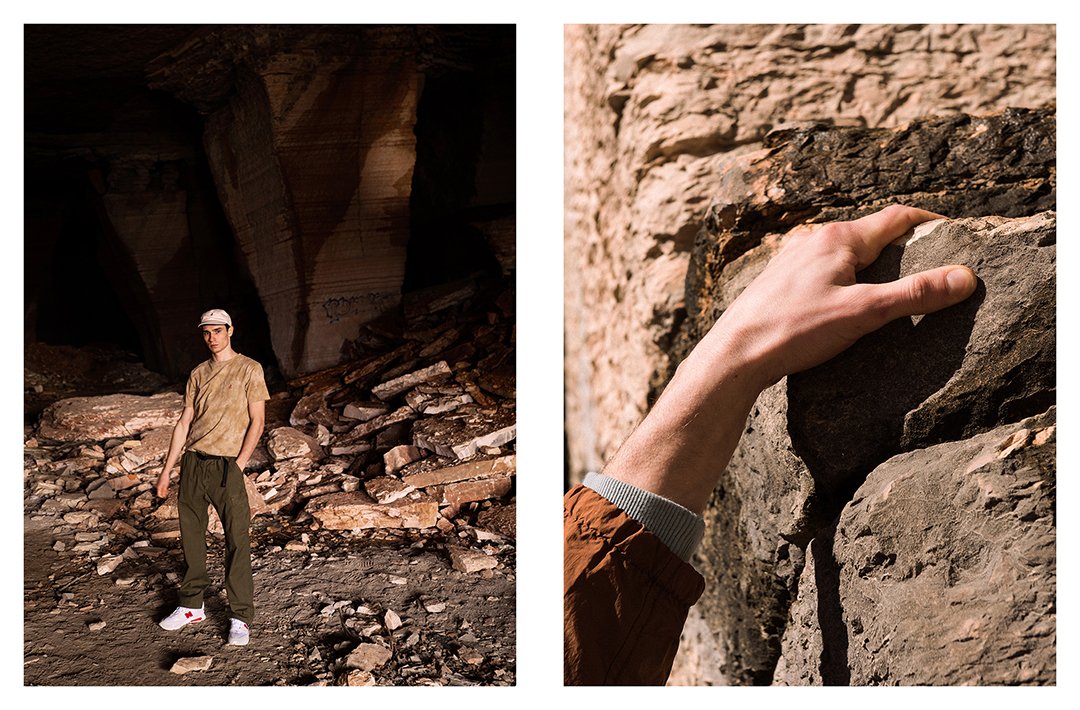 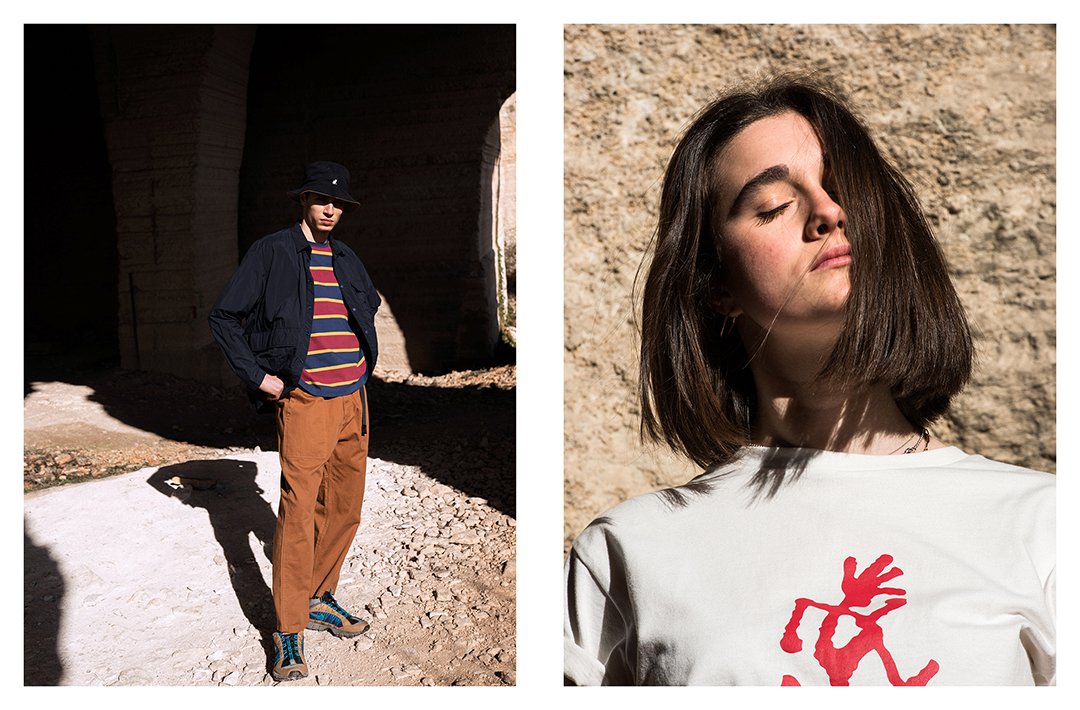 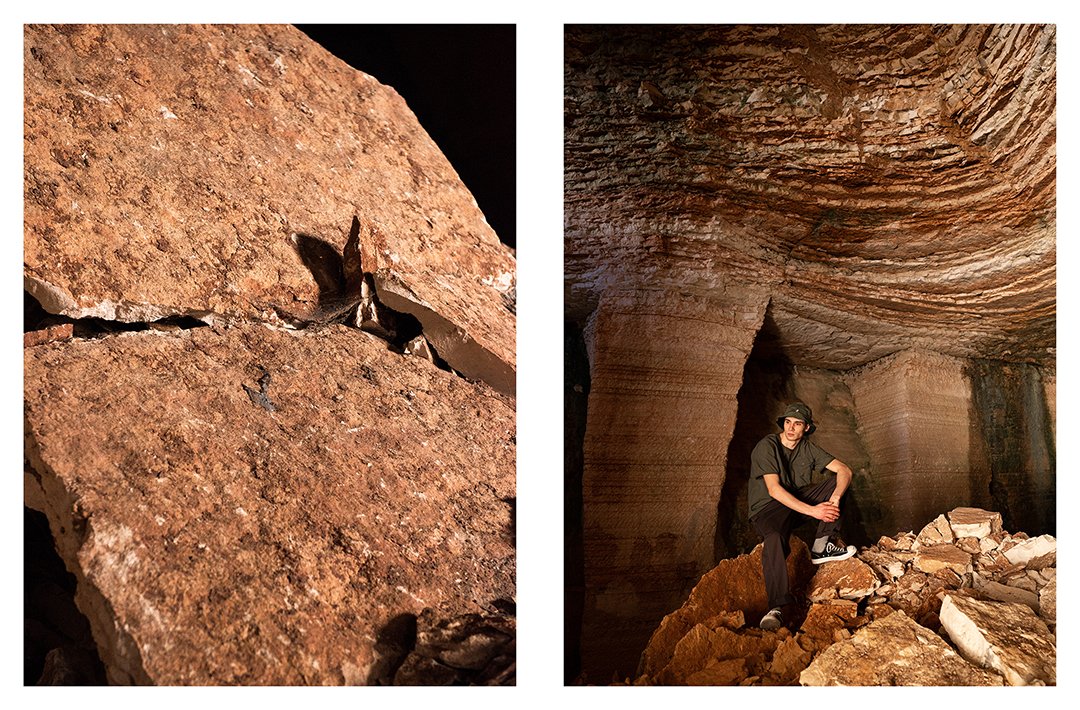 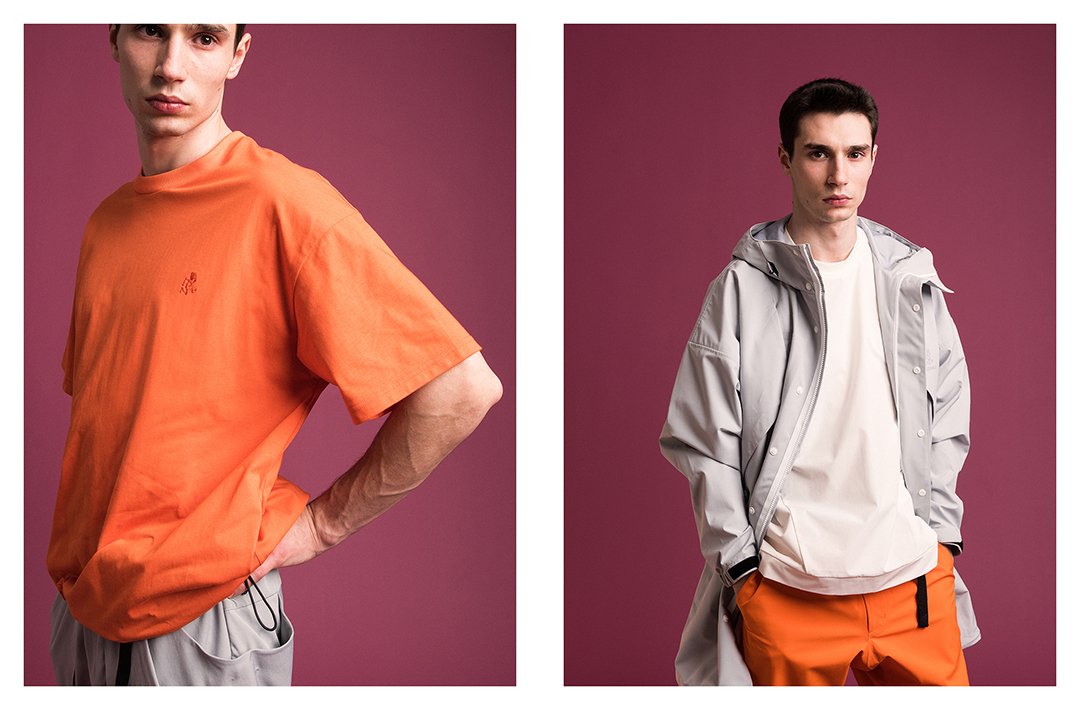 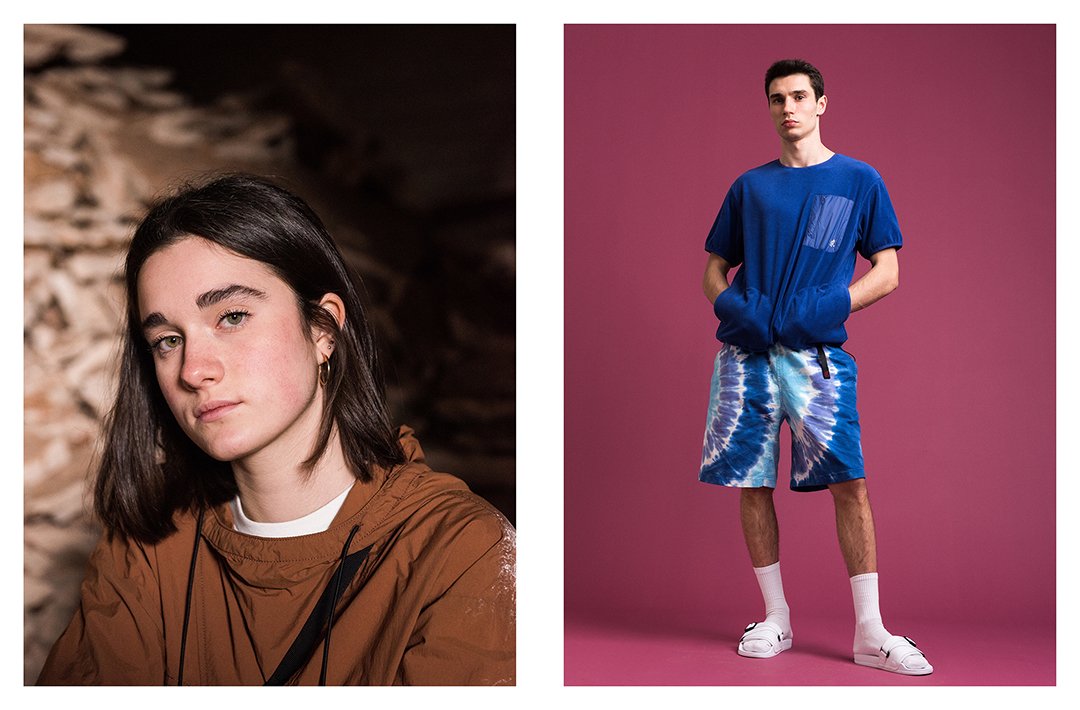 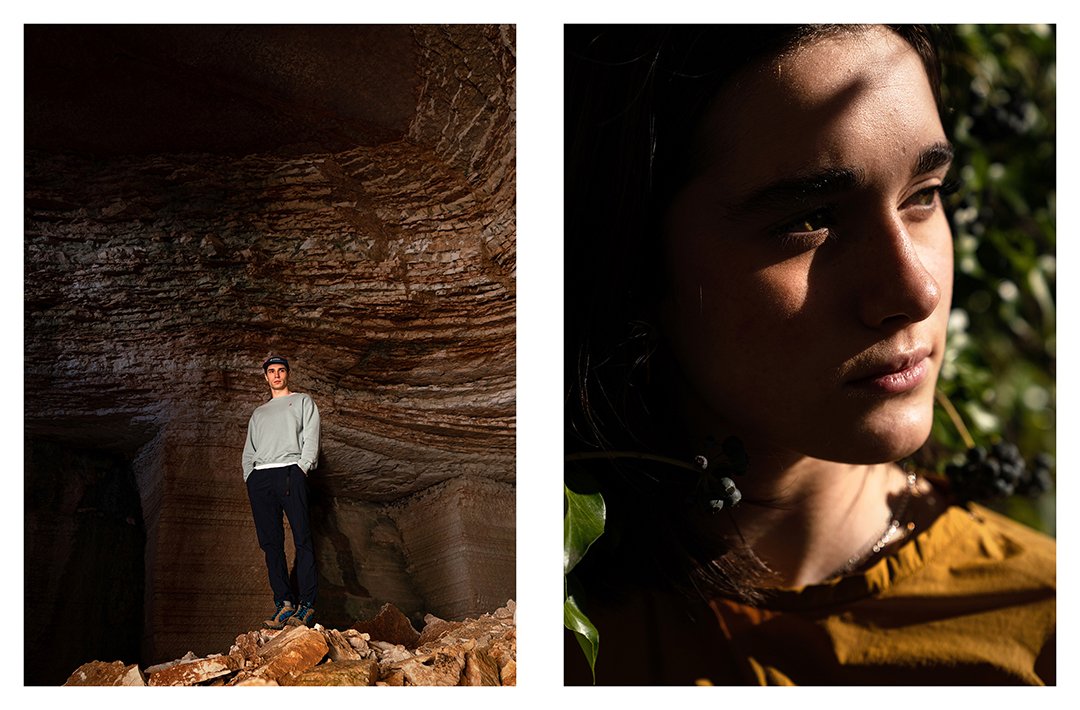 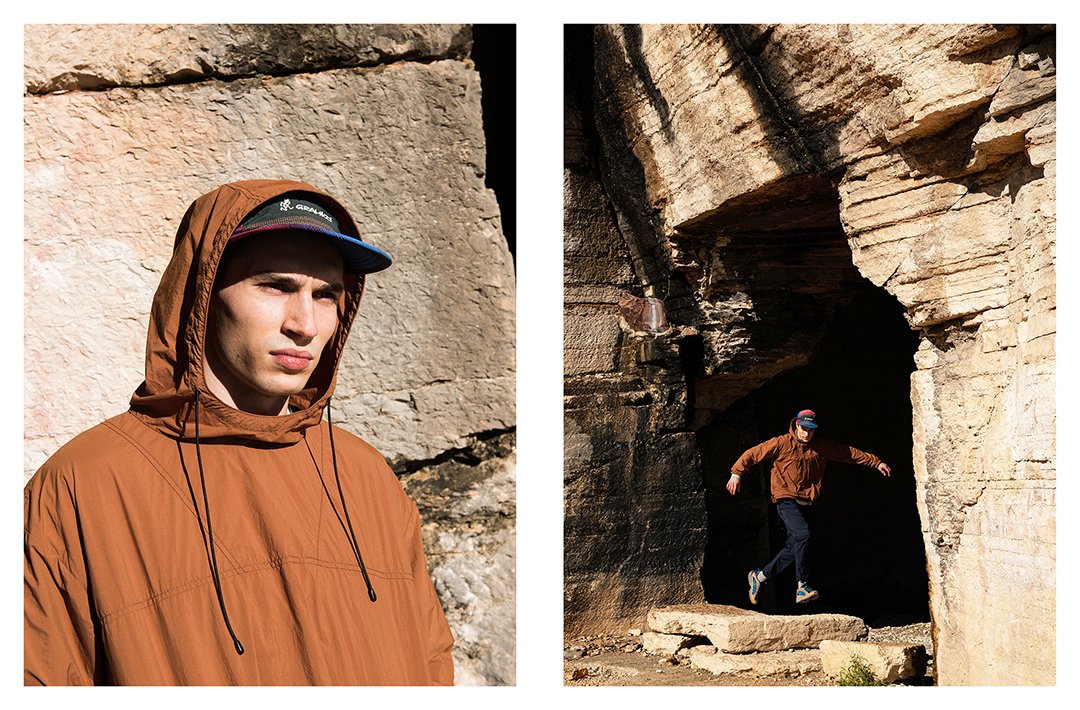 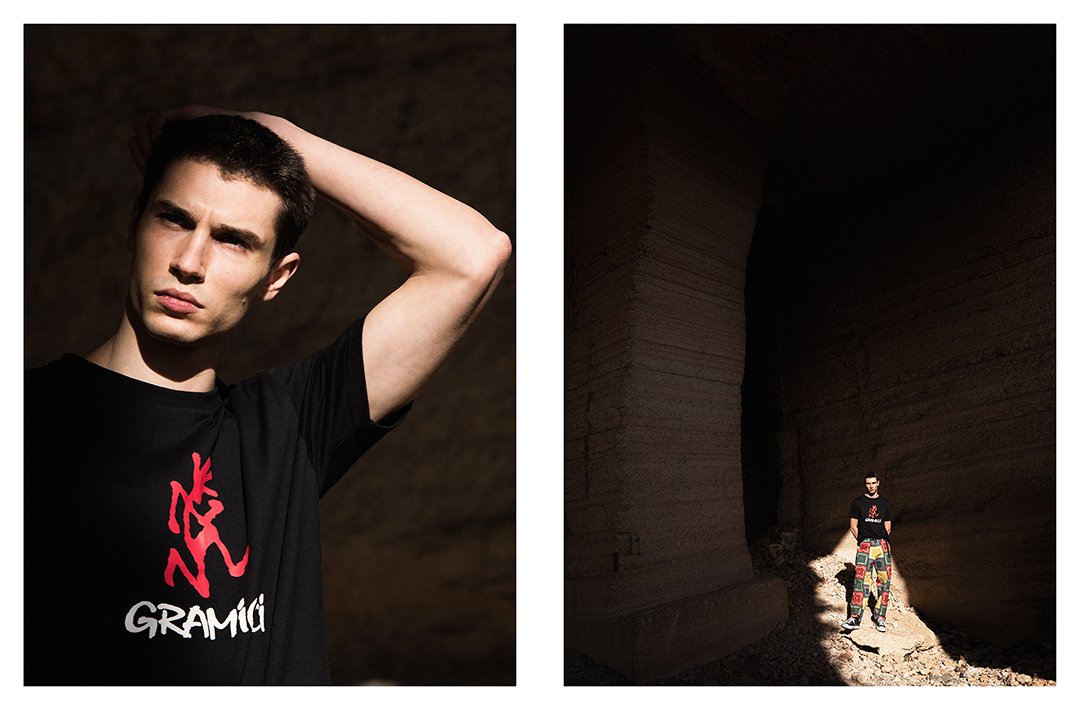 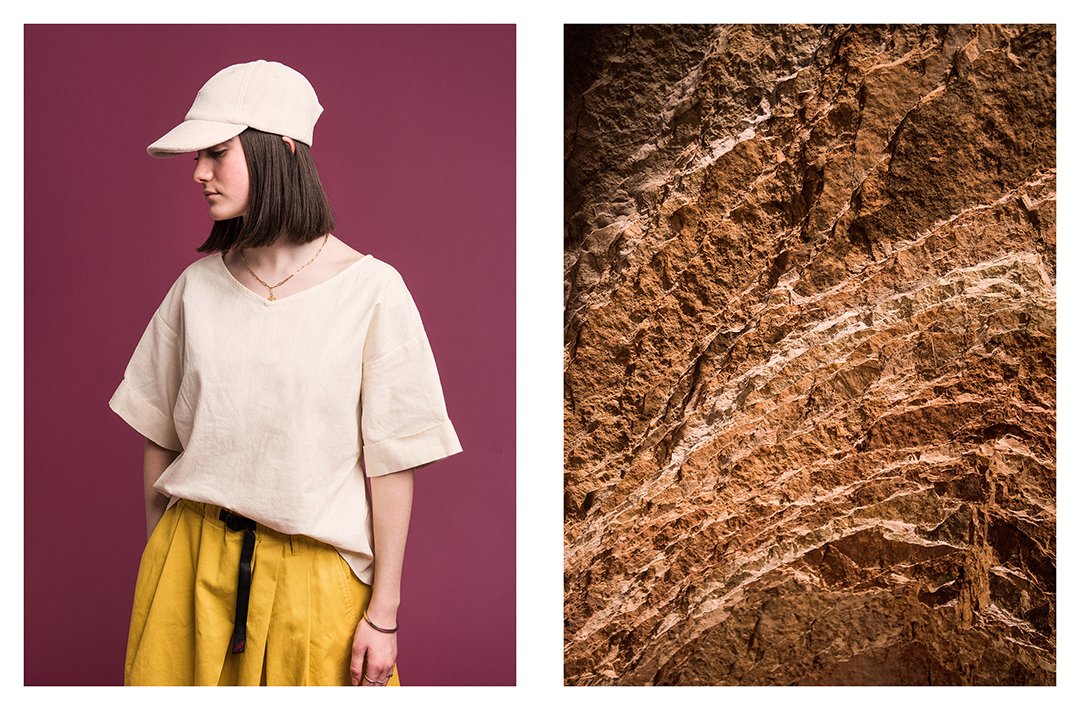 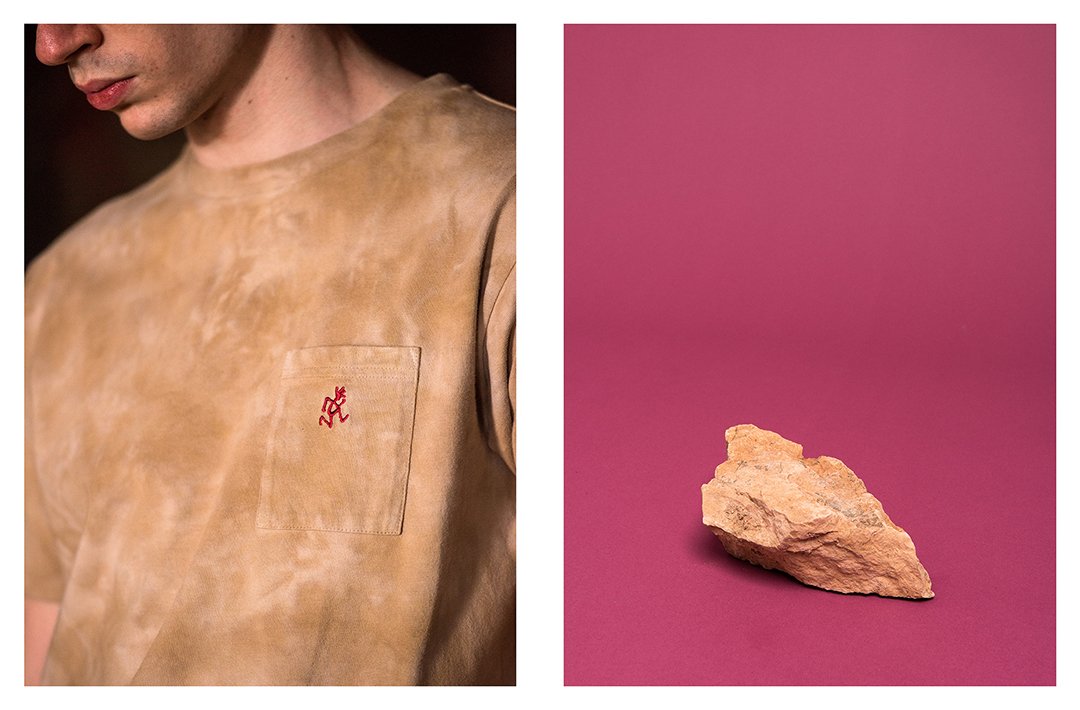 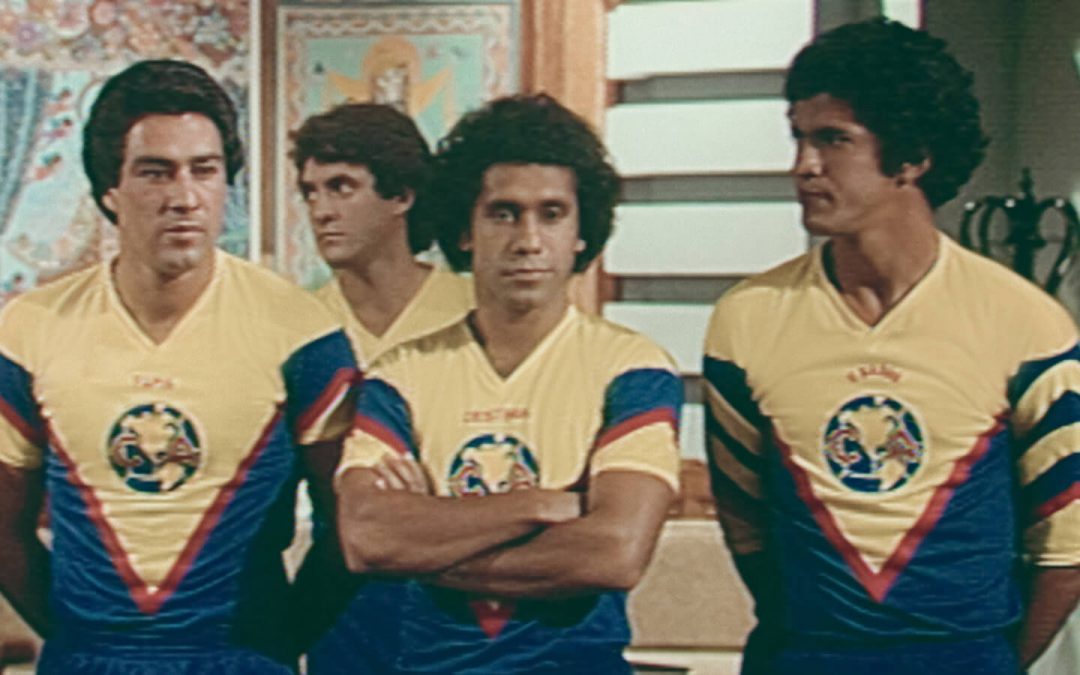