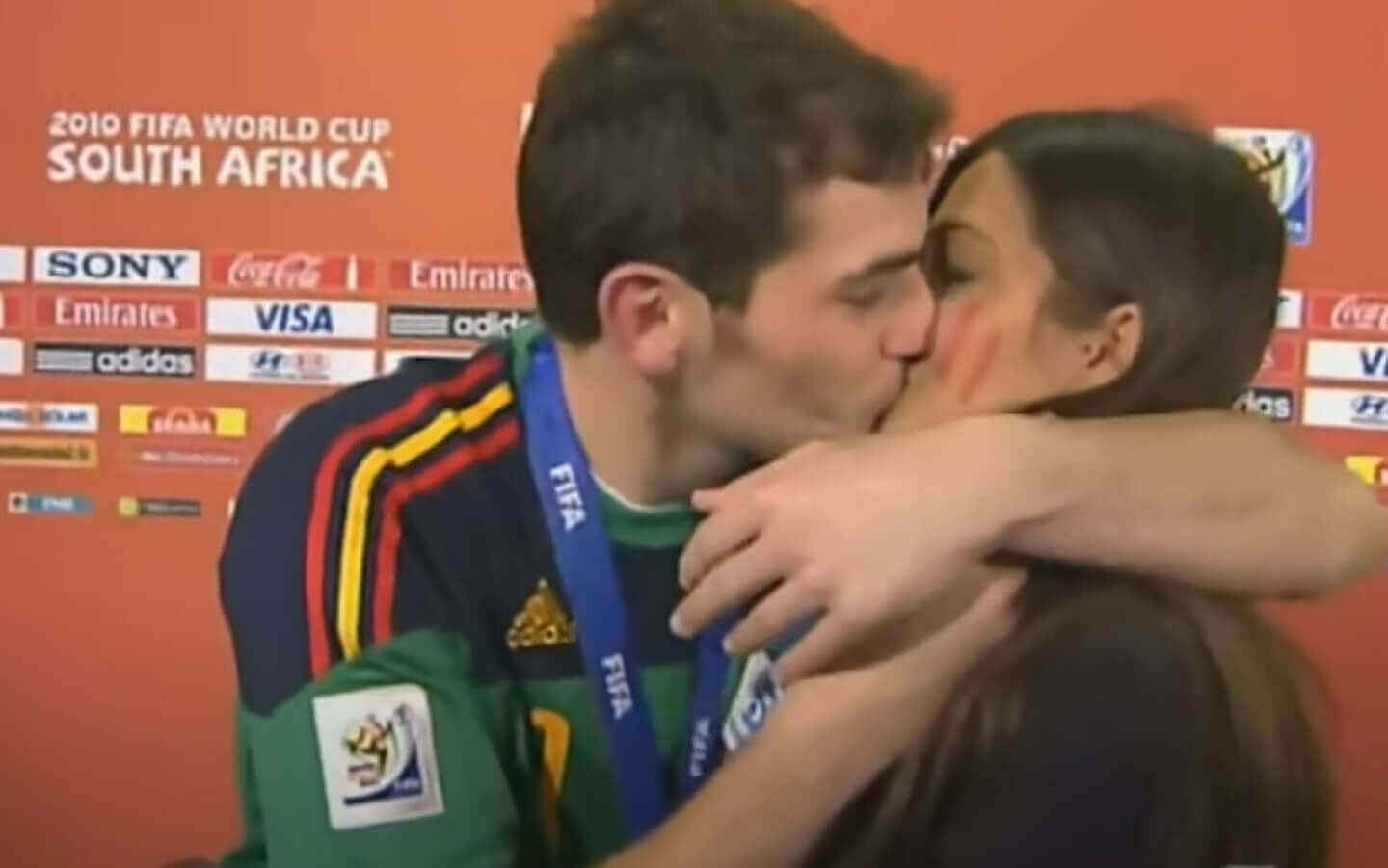 The surreal dialogue between legends Iker Casillas and Carles Puyol brought back a social river that, in recent times, seemed to have thankfully dried up. “I hope I’ll be respected: I’m gay” was the tweet from the former Porto and, above all, Real Madrid goalkeeper, which uncovered a huge Pandora’s box. According to Spanish media, the tweet, immediately deleted by Casillas, was supposed and intended to be a simple joke: a caustic reply to rumors about Casillas’ romantic liaisons after the separation with longtime partner Sara Carbonero. The former goalkeeper later spoke of a profile hack and apologized to the LGBT community, but failed to eliminate the dark fog of doubt and controversy triggered by the unsettling statement. A fog that was awkwardly ignited by national teammate and club rival Carles Puyol, who promptly replied to his ‘Rojas’ teammate by tweeting “It’s time to tell our story”. 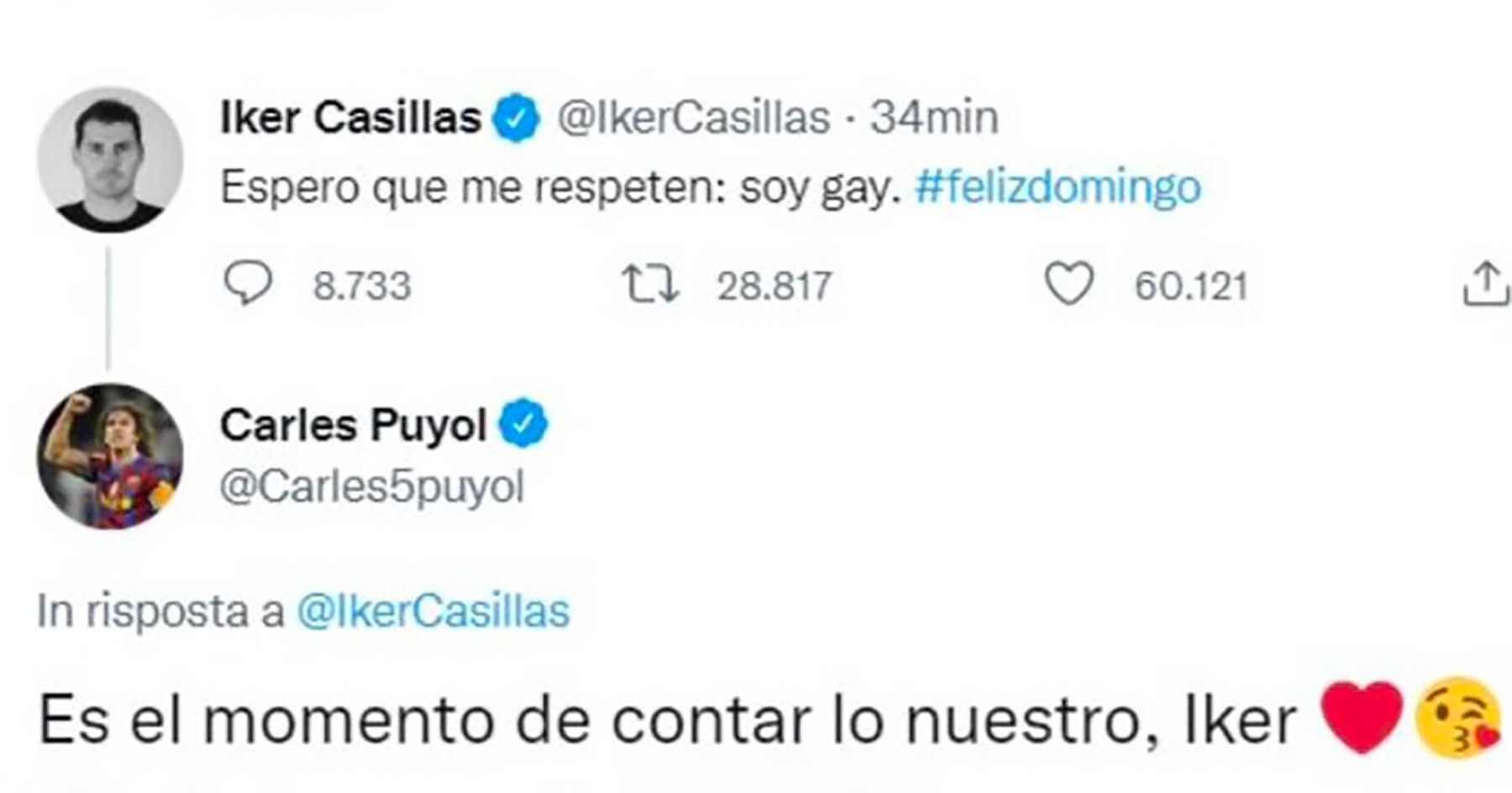 This Spanish social tragicomedy is surely the result of frivolity and carelessness. Perhaps of an obscure outside agent. Perhaps of an unfortunate series of events. Perhaps. Yet it allows us, once again, to reflect on a theme we thought was outdated. The “awkward and out-of-place” phrases, as they were described by Puyol himself, in fact summarize a football that fails to adapt to progress and acceptance, but instead remains populated by enormous taboos and a retrograde sense of revulsion toward sexual heterogeneity.

“Watching Iker Casillas and Carles Puyol joking and laughing on the topic of coming out in football is disappointing. It is a difficult journey that every LGBTQ+ person has to go through. Watching legends laugh about it goes beyond disrespectful,” commented Australian soccer player Joshua Cavallo. Last year, the Adelaide United fullback had become the only openly homosexual professional footballer. A few months later, his example was followed on another continent by Jake Daniels. “Footballers want to be associated with the concept of masculinity, of virility, and being gay for many of them equates to being weak,” the young Blackpool striker told Sky microphones, becoming the second homosexual footballer in British soccer history. Before him, only Justin Fashanu back in 1990 had announced across the Channel his sexual orientation to the world. A few years after his own coming out, the former Norwich forward was found dead by suicide in a London garage, at his side a letter quoted, “I fled England because of how people treated me after what I said. I don’t want to embarrass my family any further. Up there I will find the peace I did not have in life”. 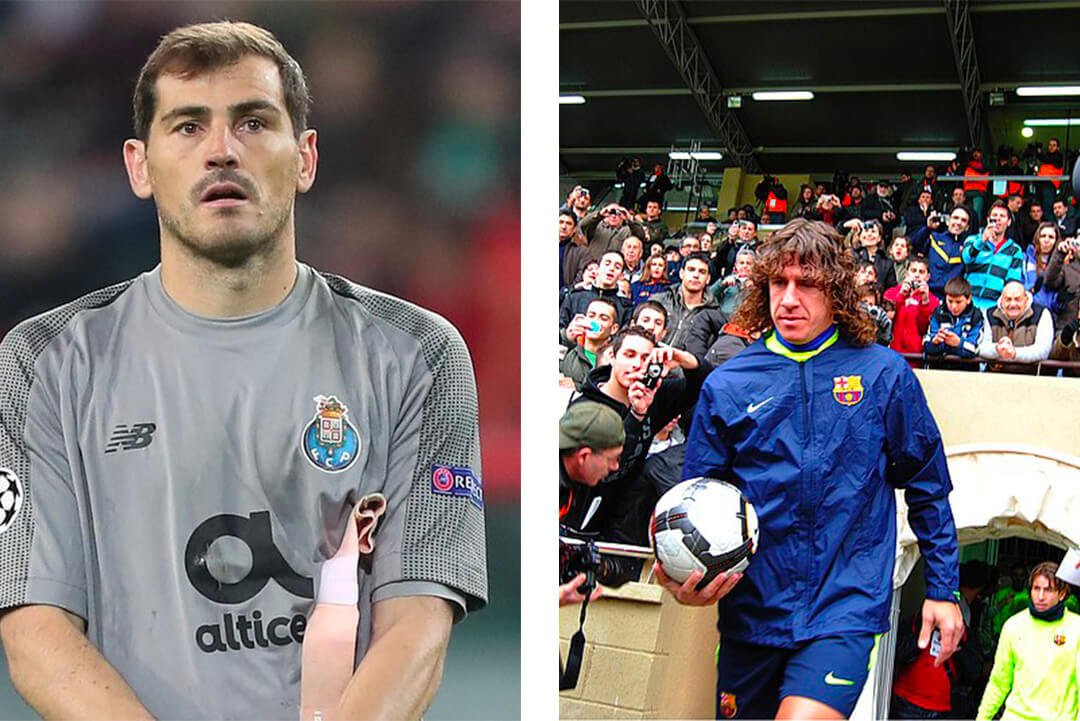 For these and many other reasons, football must take one last, decisive step forward. Its past, present, and future protagonists must change a culture shaped by sex symbols and wags, by a masculinity founded on the ideals of women’s objectification, and forced homologation. The locker room can no longer be a land of insecurities and silences, of limitations and pain. Customs and mentalities must change, consciousnesses must change. The whole system must change. What is needed now is the courage of football stars who don’t want to open their condition to everyone, afraid of the process of exclusion or abandonment. “Where I played there were at least two homosexuals per season. They would open up to me, privately, but they wouldn’t do it publicly,” Patrice Evra said recently.

That’s why this battle, this revolution can only be won through example. An example that is continuing to vanish in football havens, popping up only in minor leagues or second tier leagues. An example that Iker Casillas and Carles Puyol, more or less voluntarily, certainly did not set.