Confórmi: the forms don’t belong to anyone 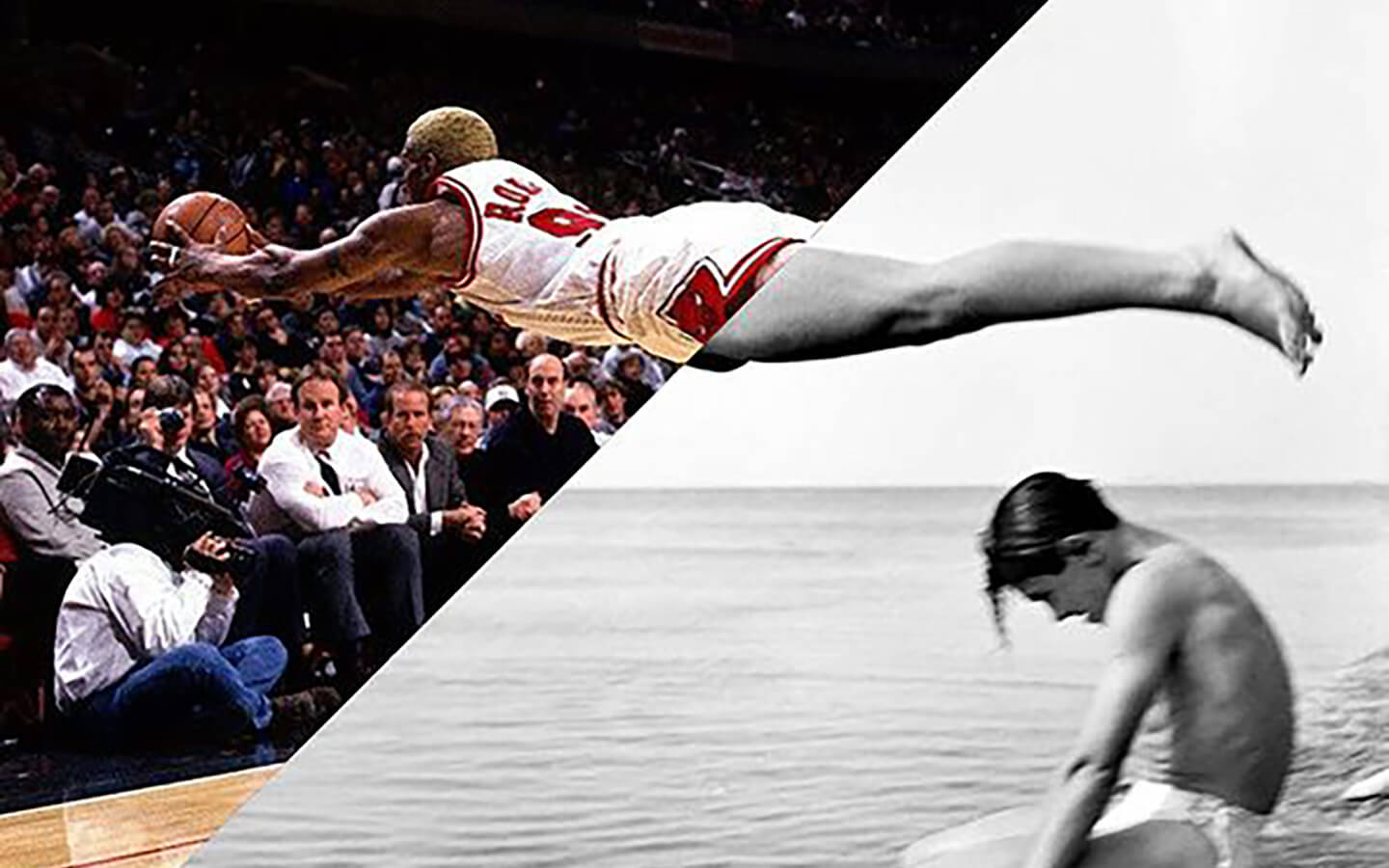 Interview with Davide Trabucco, the artist who transforms the pre-existing into novelty

The forms don’t belong to anyone. Davide Trabucco’s artistic philosophy reveals this to us: a philosophy translated into visual combinations, in collages of paintings and snapshots, of statues and objects distant in time and meaning, not in aesthetic continuity.

Confórmi is the visual archive that contains all this, a project contaminated by art, design, architecture and, partially, by sport. A constantly updated catalog, based on the need to start from the pre-existing one to produce novelties, to arouse an unexpected sensorial impact. In Trabucco’s works certainties mix, merge, becoming uncertainty, releasing a profound aesthetic and enigmatic force.

We explored this alternative world, where everything sees its original meaning change, and we focused, in particular, on the many sporting icons and moments present within it. 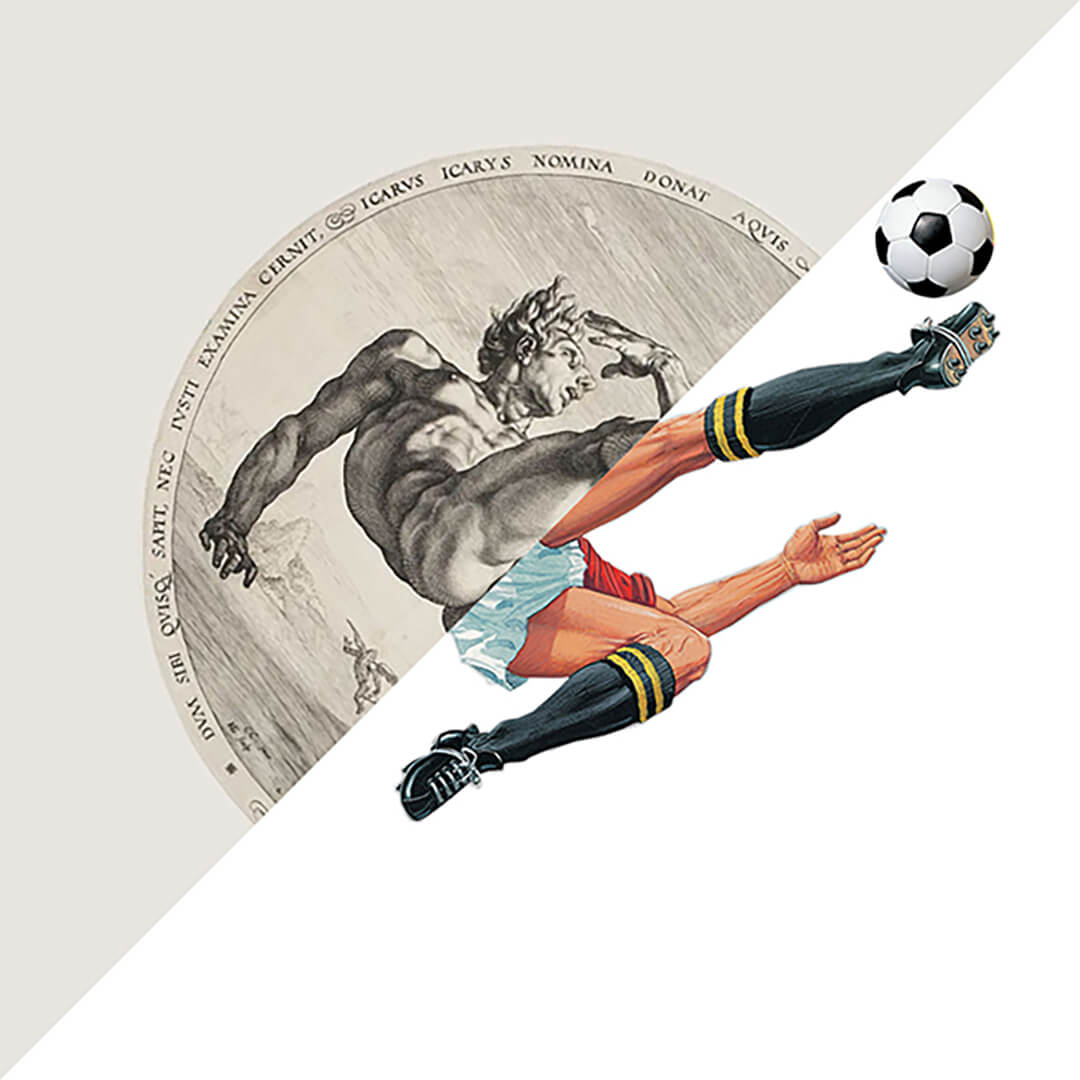 How and why was the ‘Confórmi’ visual archive born? What are the idea and vision behind this project?

Confórmi was born from the need to order my heritage of visual references. The will was to share this system of references on the web, to make everyone participate in some way in my world view. 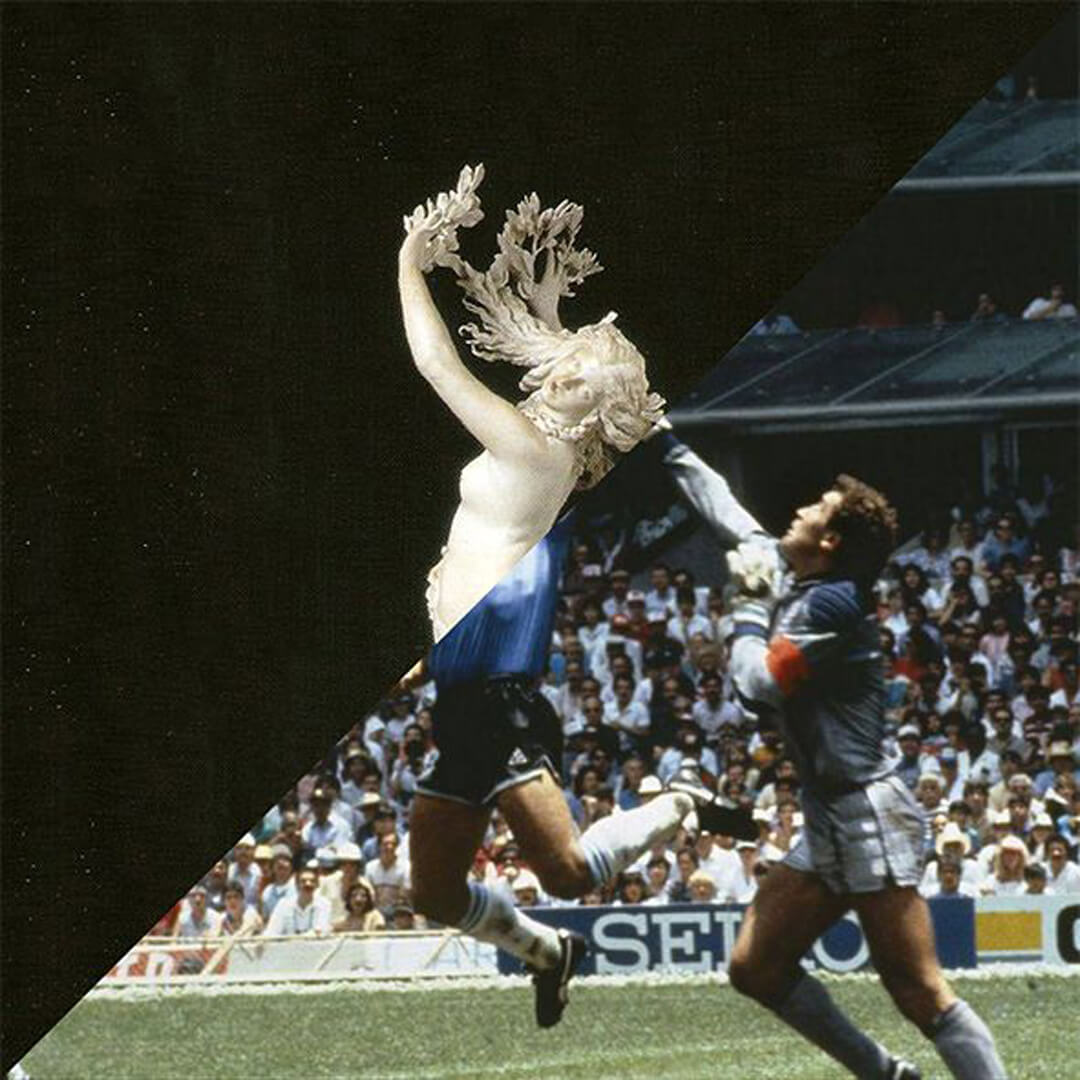 The images that make up this archive are “stolen” from the web, and to “close the loop” it was normal to think of a way to return them to the web world.

Instagram turned out to be the ideal place to share these images, because more than others it’s the social network that works effectively with images. After all, the texts on Instagram matter very little. 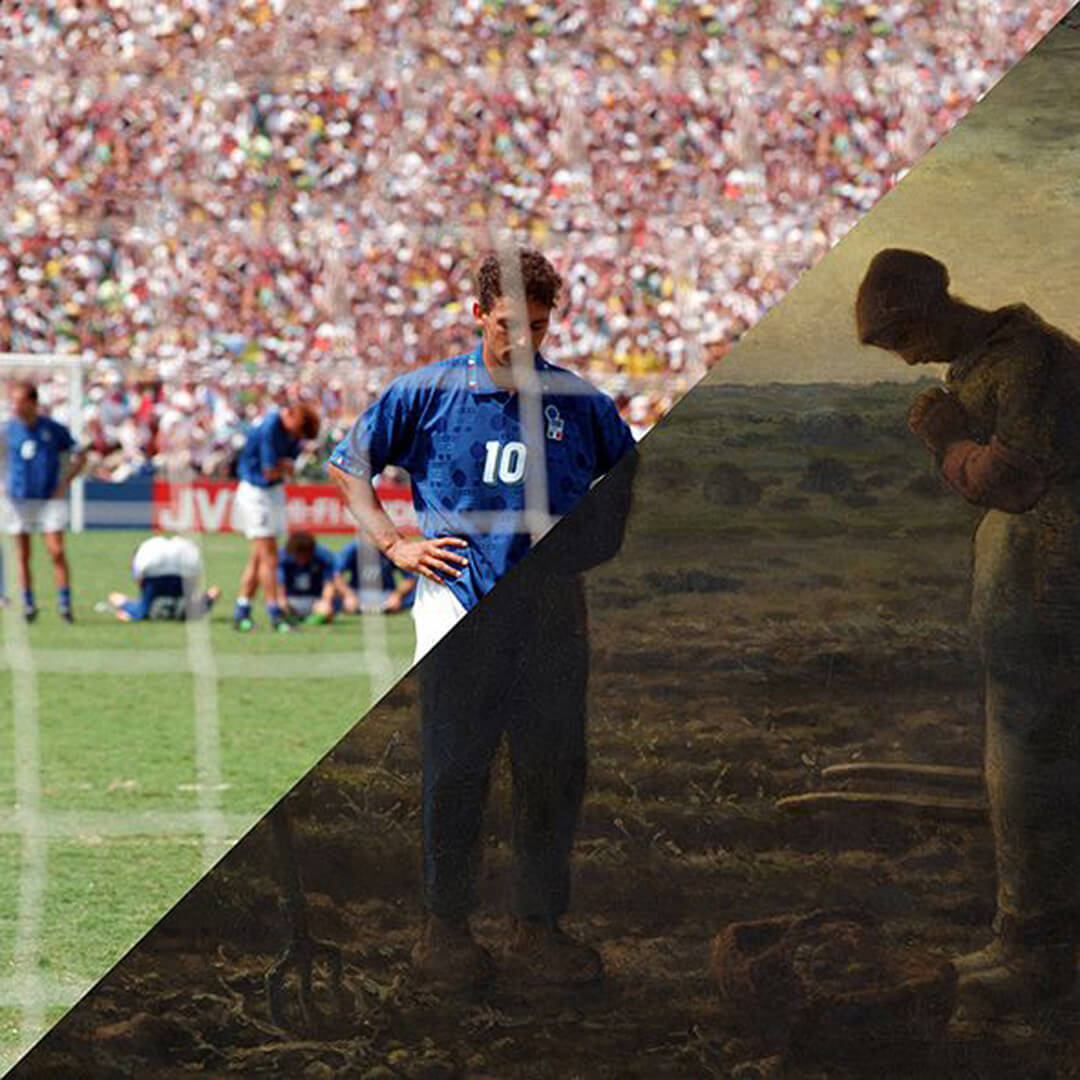 What meanings are hidden behind the name ‘Confórmi’ and the mantra “the forms don’t belong to anyone”?

Choosing a name was fundamental for the recognition of the project on social networks. So I looked for a word that could summarize one of the main aspects of ‘Cónformi’: the similarity that binds the images to each other.

“Forms don’t belong to anyone” is a sort of programmatic manifesto: forms pre-exist to the things we create, in some way they’ve always been present in the world around us and we do nothing but reuse them and give them new meanings. 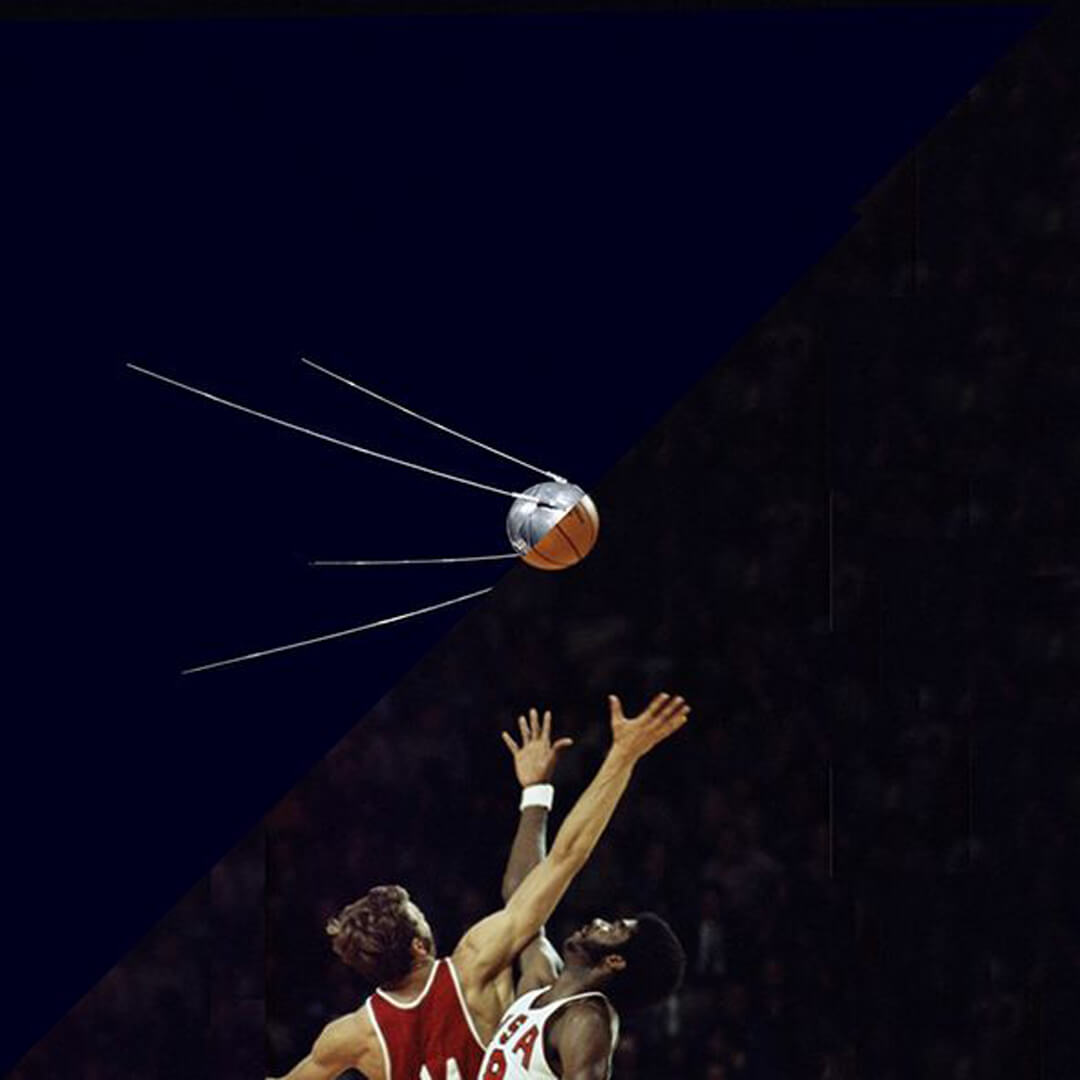 How does the sporting act fit into your research and artistic production?

The sporting act, in the case of Confórmi for example, is mainly linked to the body and the position it occupies in space: a body under stress enhances a certain part of the muscles and develops different shapes in its own way. 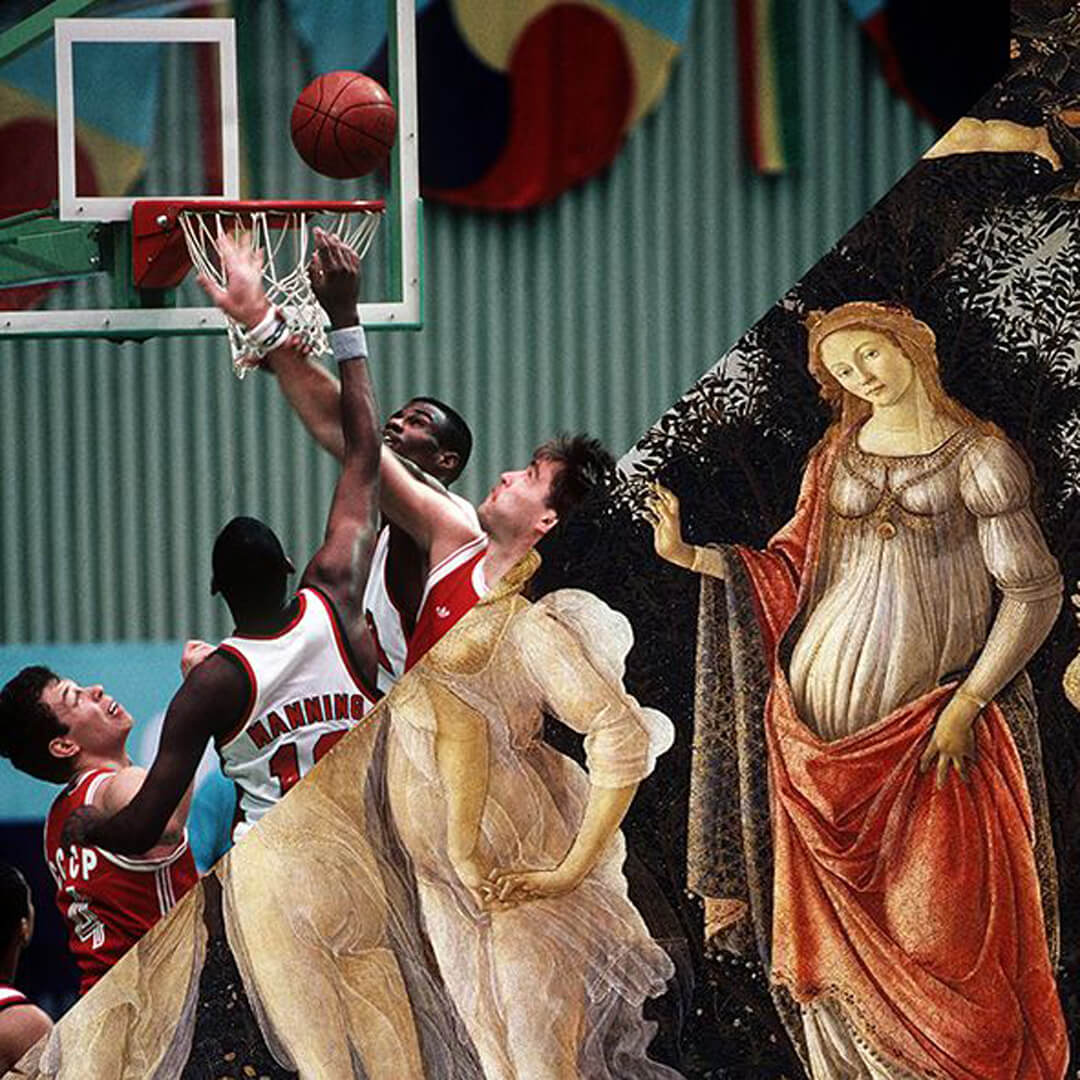 Senna, MJ, Maradona… What kind of artistic-visual inspiration do these icons give and how do you manage to blend them with classical art, fashion and master photography?

Sports champions have always been present in the collective imagination and using their images fills the entire work with numerous meanings. 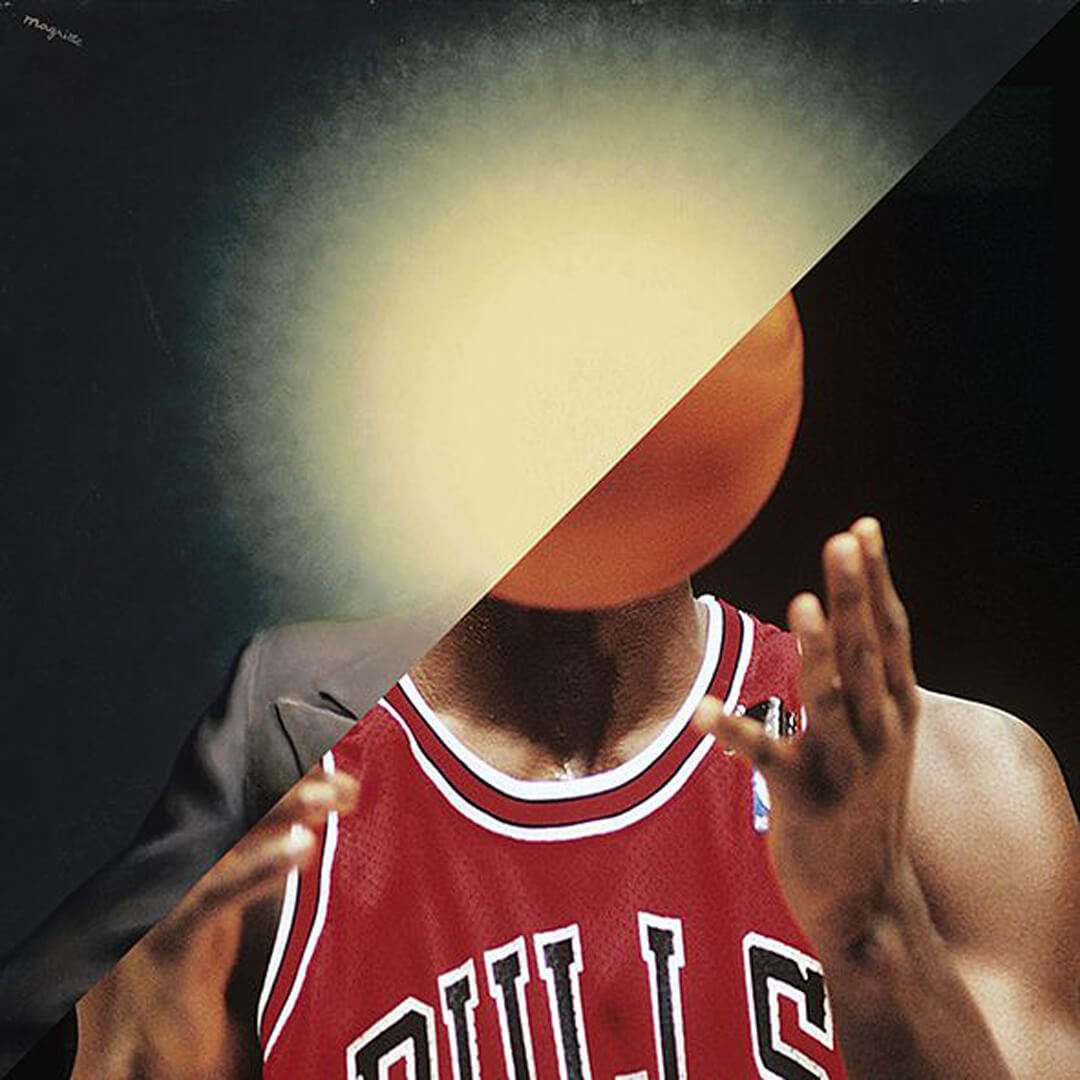 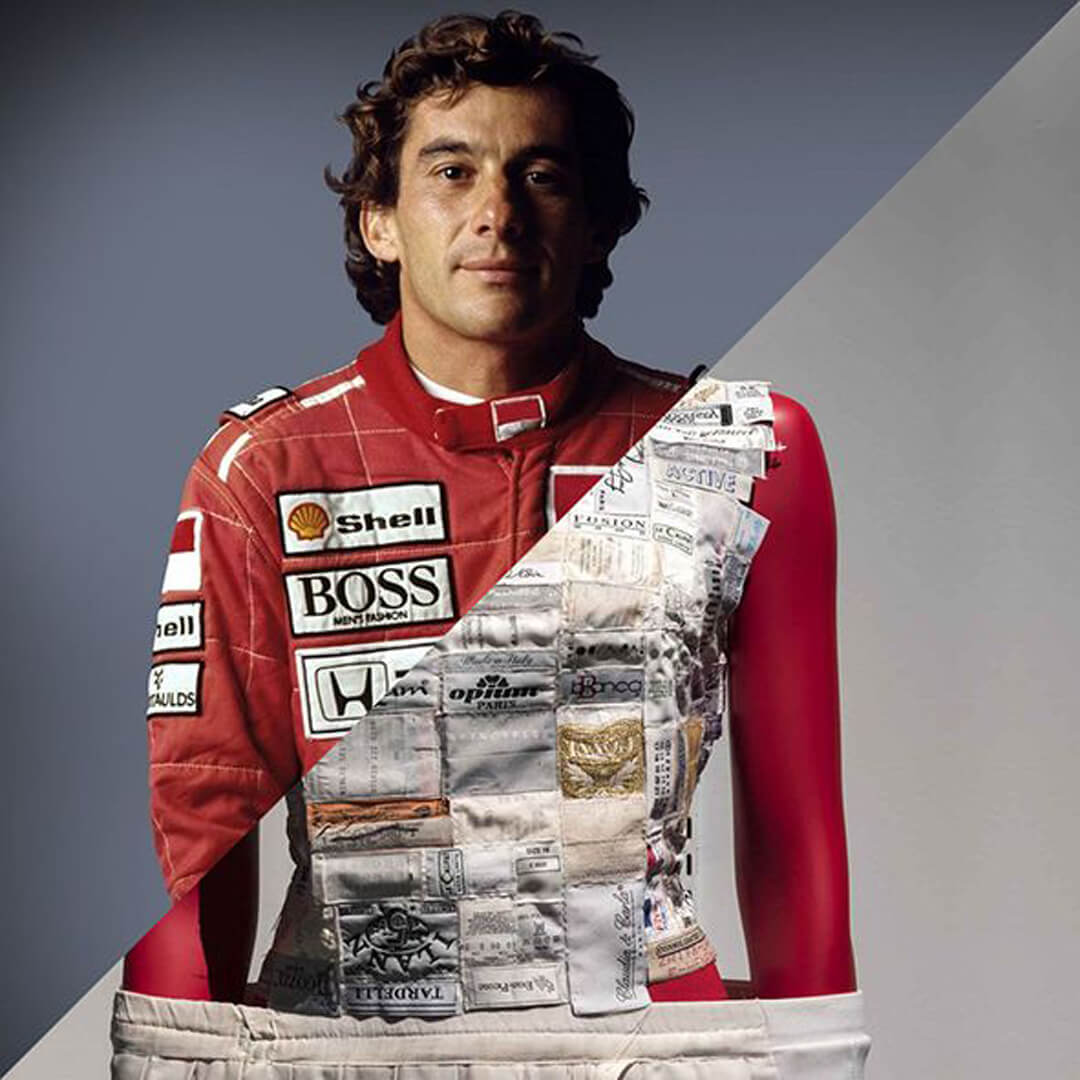 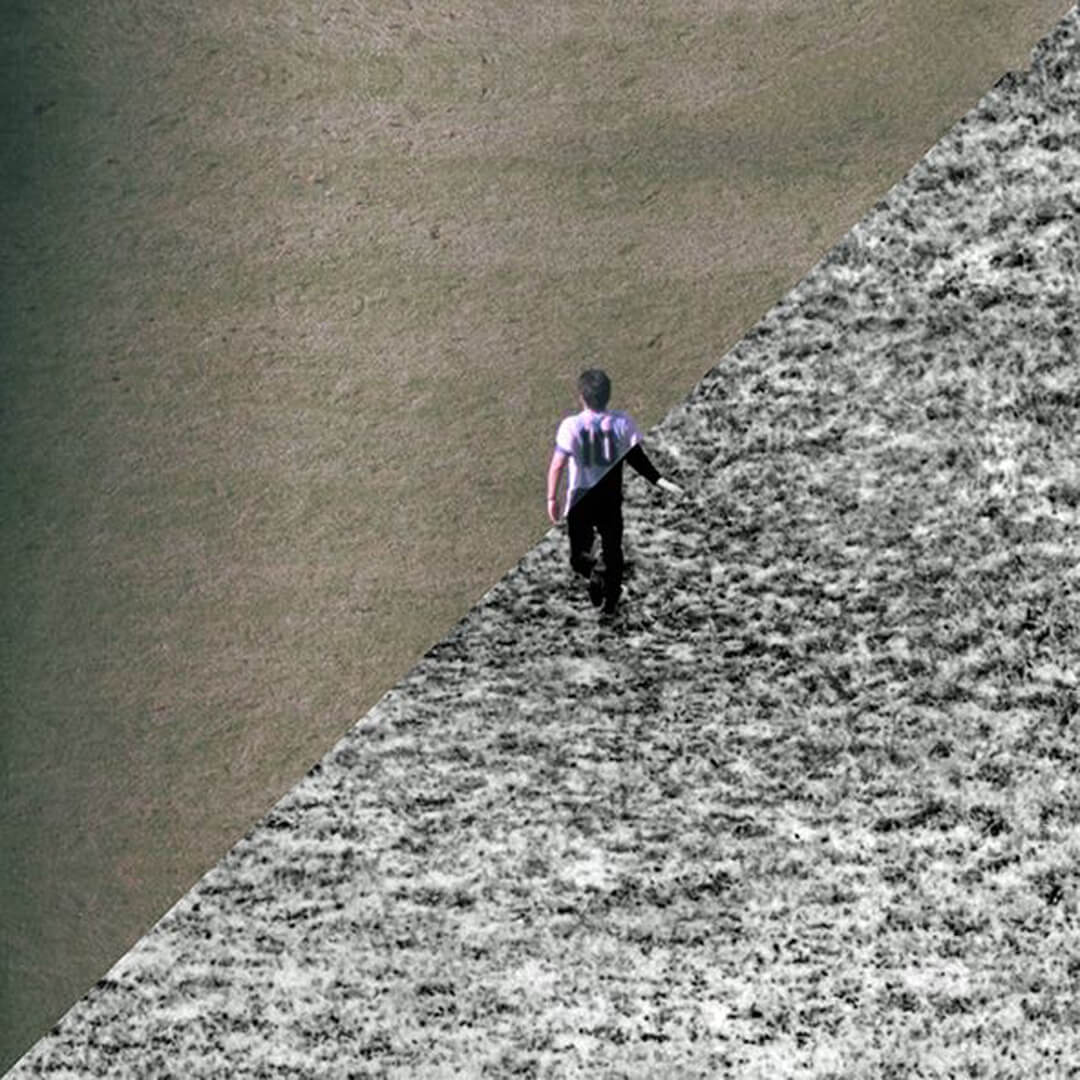 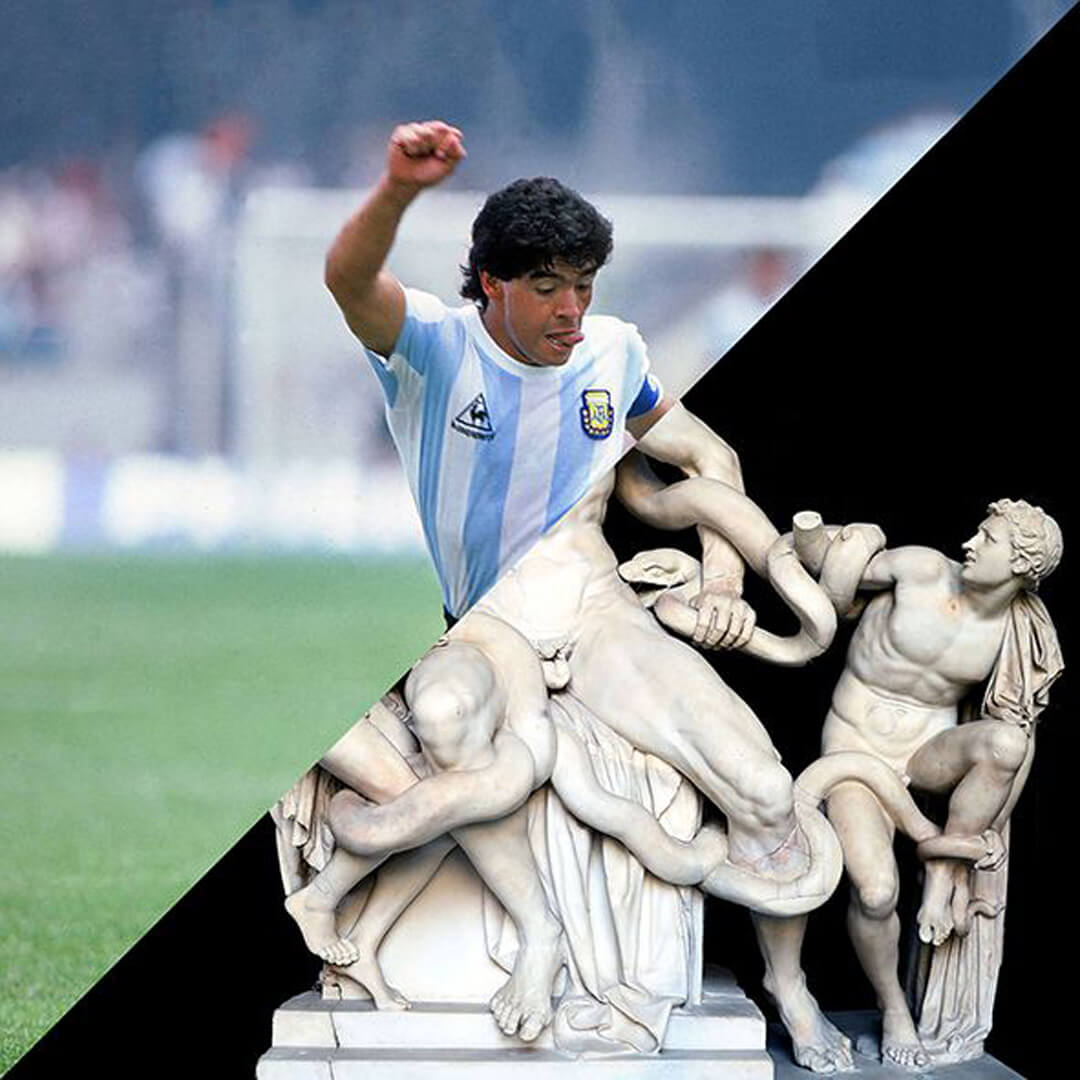 What does sport represent in your personal and artistic life?

For me, sport mainly concerns Inter. It’s the only thing I follow with a certain continuity. I especially like individual sports, and I often watch swimming and tennis.

Sport teaches above all methodicality and regularity, which also become useful in an artistic journey, in which it’s often believed that only flair and creativity count.

Contrary to this it’s often necessary to stay focused on things for a long time before seeing results, like in sports. 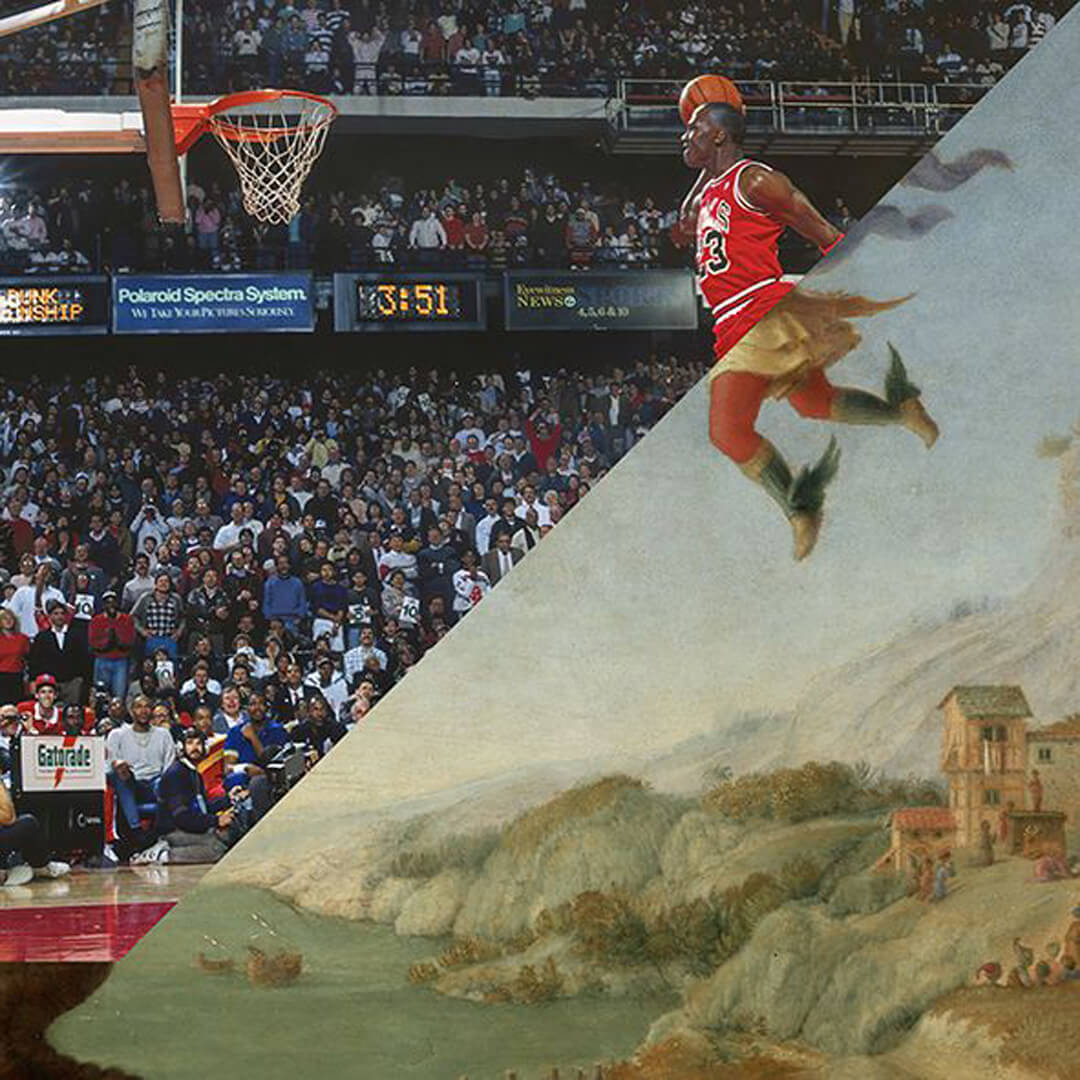 What do you think of the increasingly interweaving between contemporary art/design and sport?

The link between sport and art is an indissoluble link and has distant roots. Just think about the countless representations of sportsmen who have come to us through classical statuary, or the many Greek and Roman architecture linked to the world of sport (arenas or stadiums) that we’ve inherited. 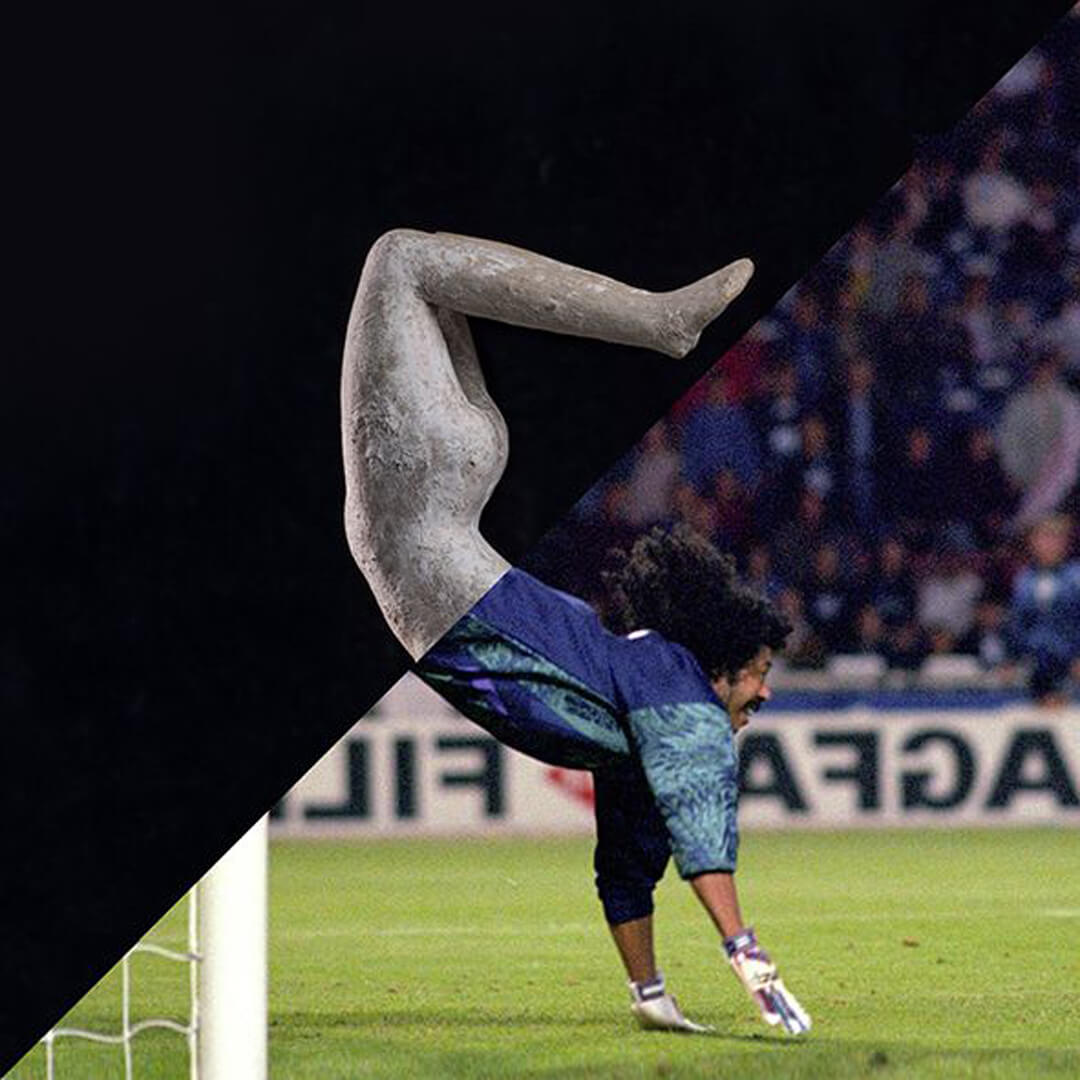 Will sports inspiration find further space in your future productions, even outside the ‘Confórmi’ project?

Sport is part of my imagination so, like all things that interest me, it influences more or less evidently the things I do. It’s always very useful to look at areas that seem to have little in common with your work, because they allow you to look at your world from a different perspective and to take advantages with new expressive opportunities.