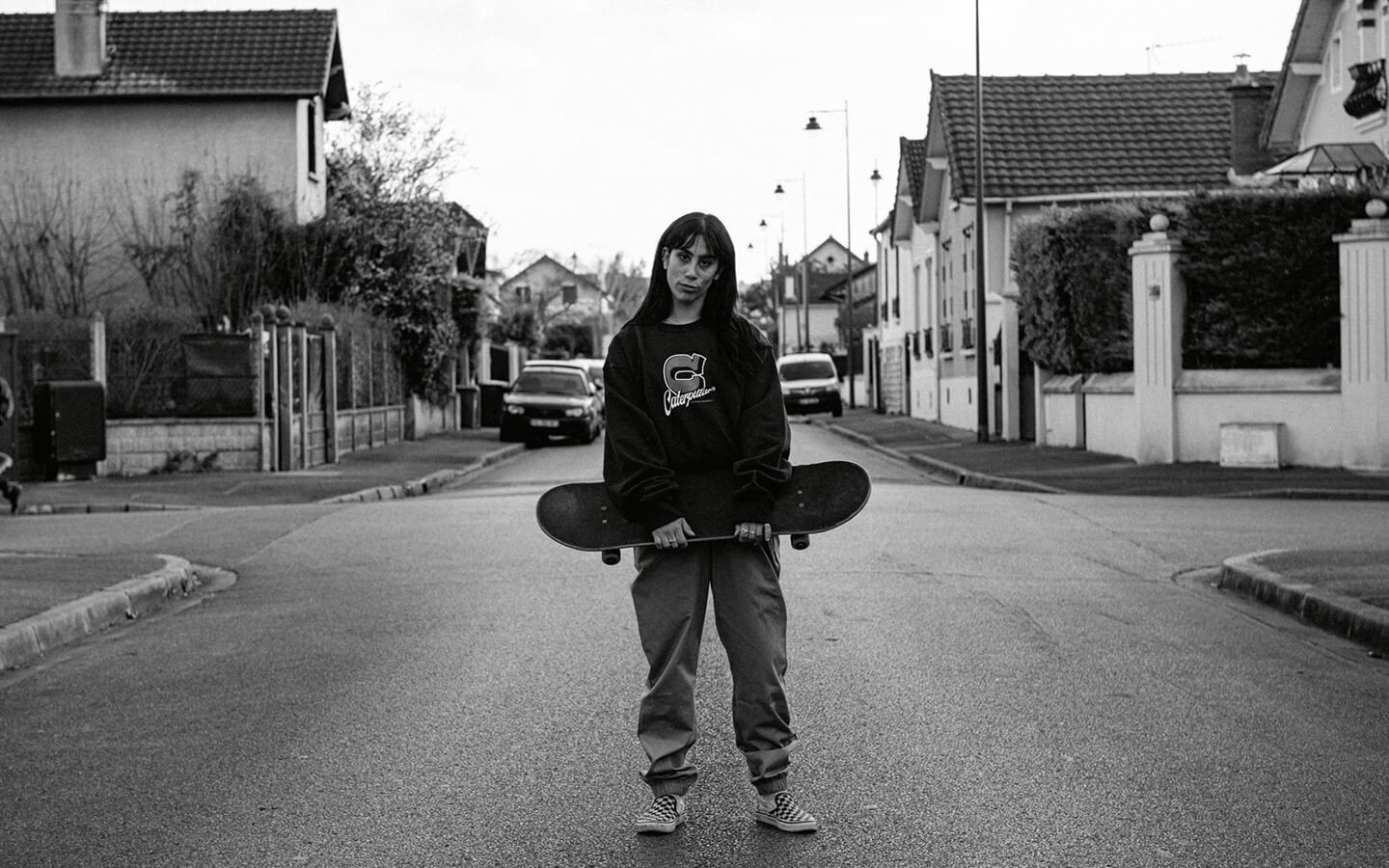 “Skating helps me, it allows me to find a daily escape, to enter a world where I can be constructive and not destructive, where I can alleviate my relationship with depression. I think it’s important to talk about it, I think it’s important to share such a sensitive topic, also to understand the many, many functions of this form of personal expression.” There are physical and mental spots, there are runs and tricks that transcend from videos and likes, from achievements and notoriety, becoming mobile platforms in which you can calm your thoughts, recharge your essence, turn adrenaline into harmony.

Carla Calero talks about it with an unassuming naturalness that tastes of sincerity and example, of flips and manuals, opening the doors to a passion that is marking much more than her Parisian days, of a sport that has quickly become culture, identity. In the end it’s all a matter of balances, this young Spanish-born skater suggests, it’s a matter of complex, harsh balances to be managed on the asphalt surface, as well as in the emotional depths. “This is not just a sport. The board helps me get out of the house when I don’t want to, it allows me to express who I am. It’s a way of thinking that applies to life: you never give up, you keep trying, sometimes you fail, but you keep going until the end of each day.” 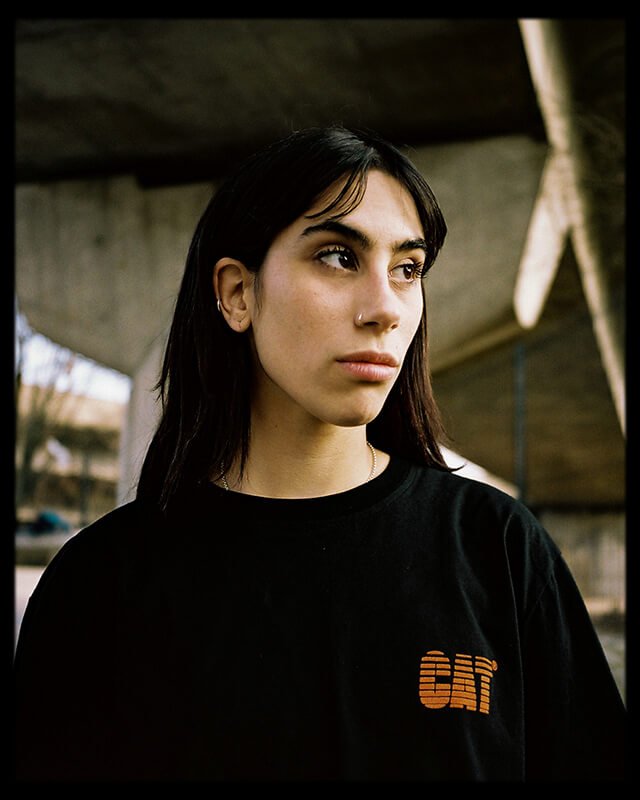 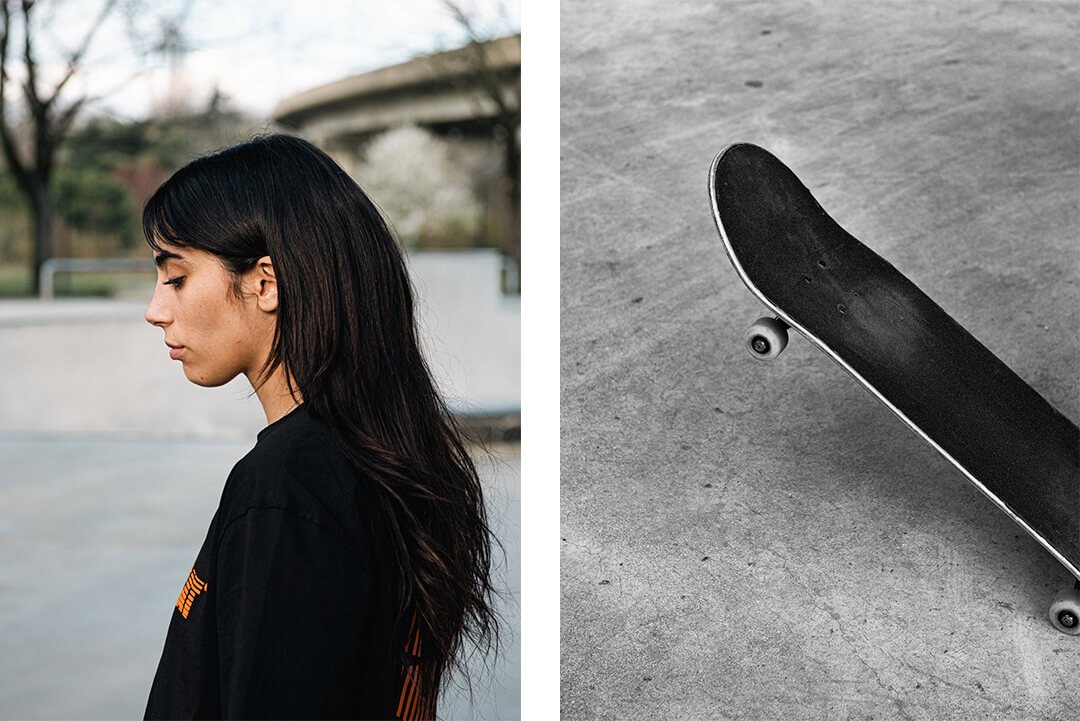 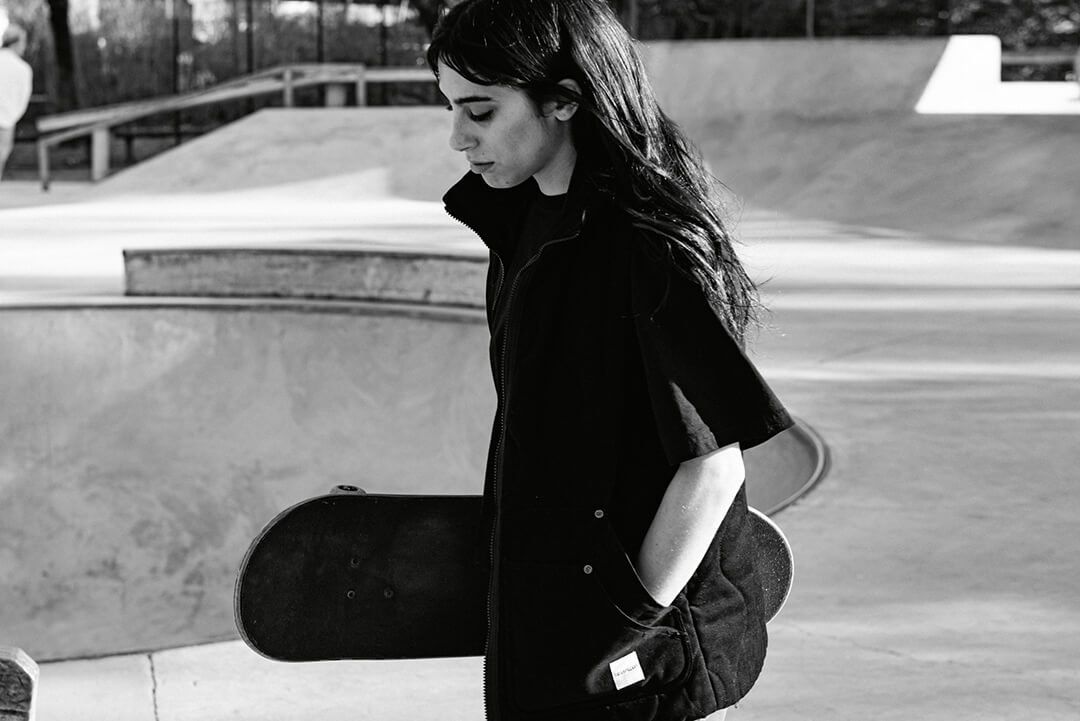 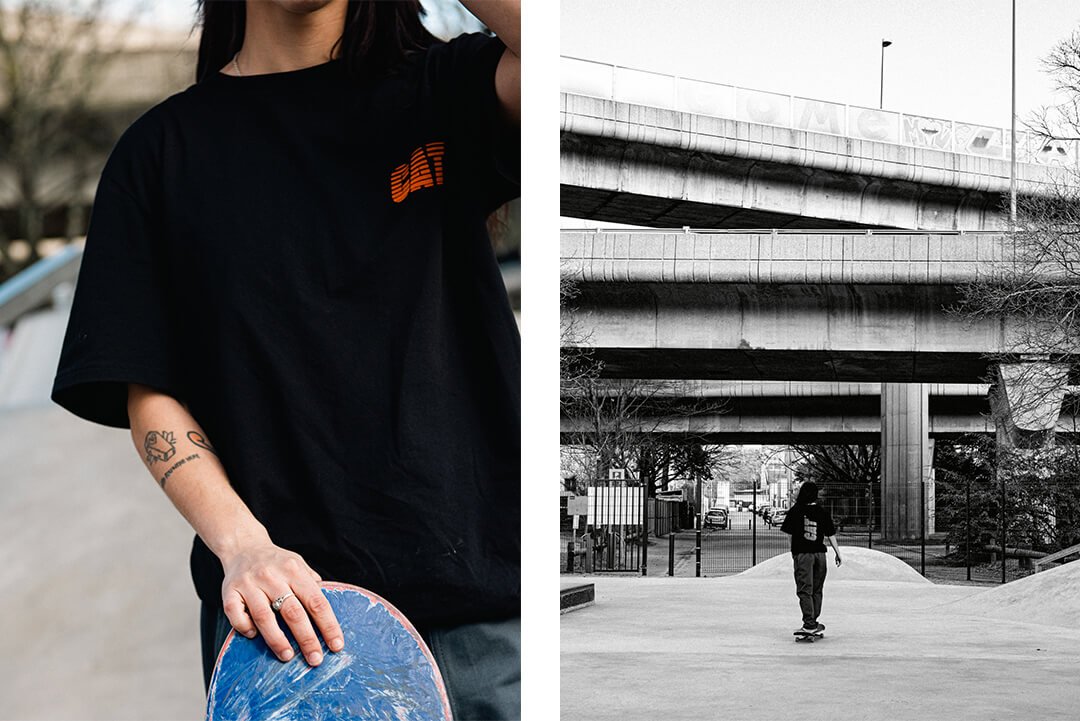 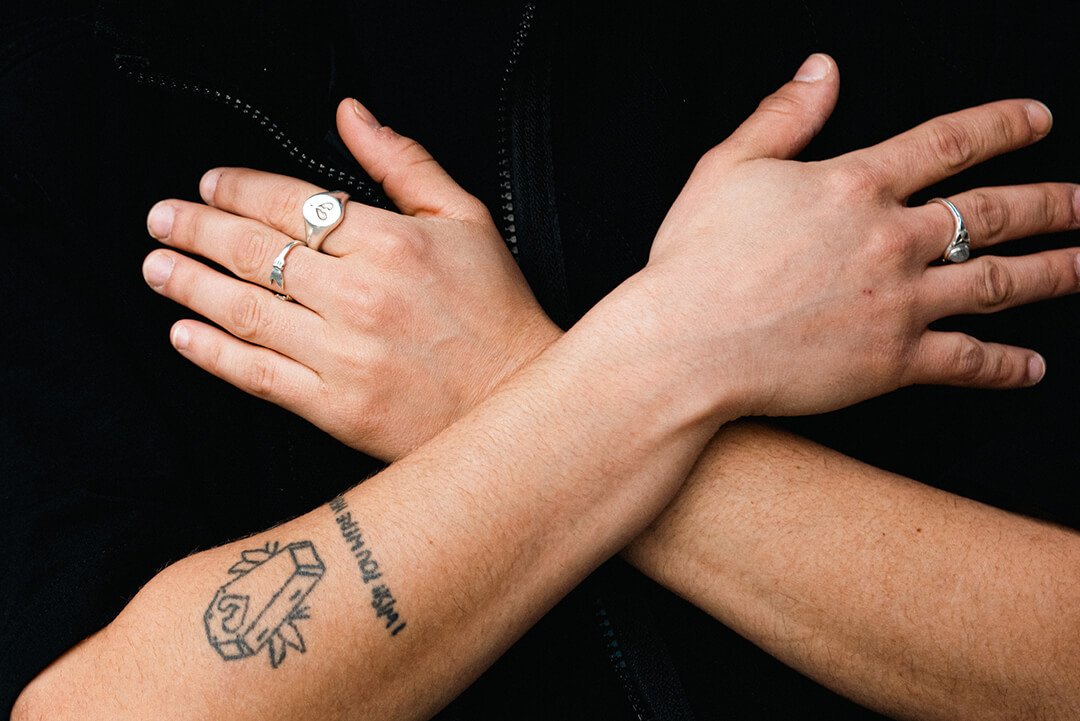 A philosophy that encompasses and involves the most diverse spheres, from art to music, from fashion to photography: universes that continuously intertwine in the ironic imagery of this skater. A philosophy that, above all, has no face or nation, as Carla explains by rhyming travel and human connections: “I’ve been to so many places thanks to skateboarding, thanks to the network of relationships it has allowed me to build around Europe. From Helsinki to London, from Berlin to Paris…. Basically, it’s always about sharing and spreading a culture, a mentality. About ten years ago I started for this reason, thanks to some friends who pushed me to try. At that time, I felt a great feeling of joy, of comfort, and I haven’t stopped since.” 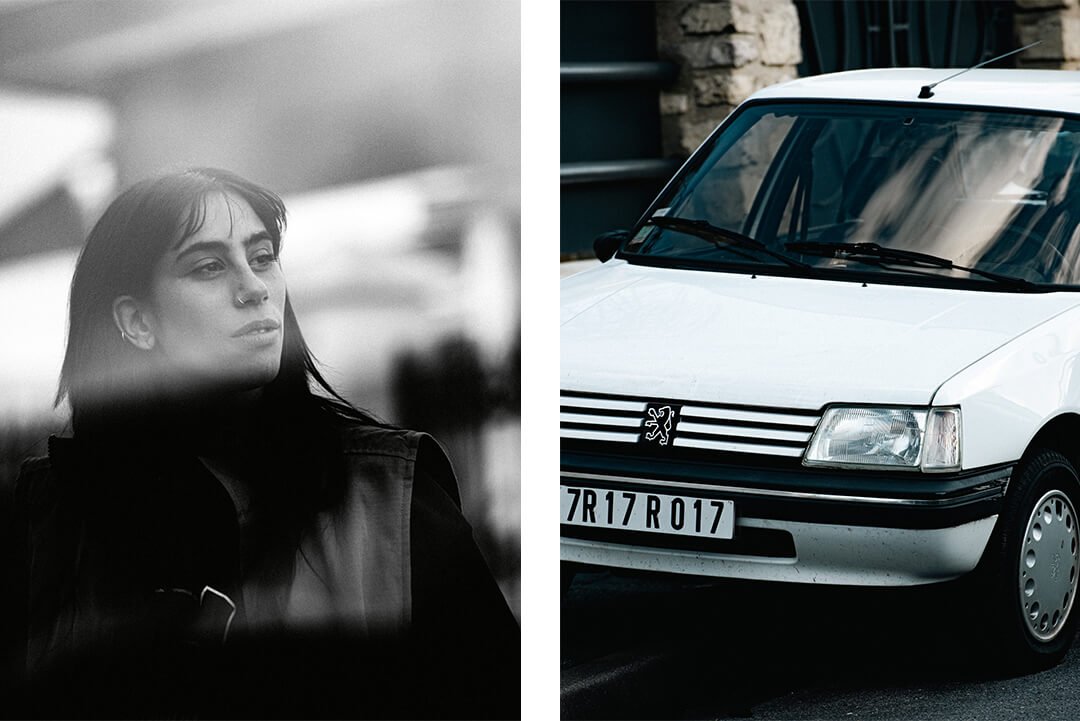 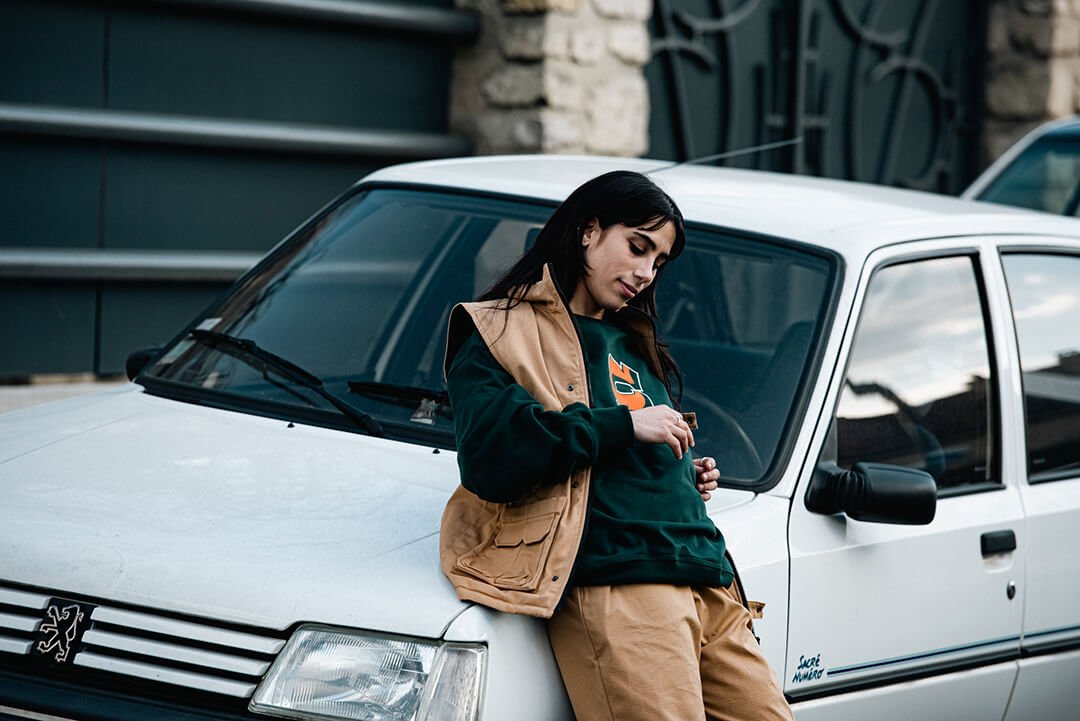 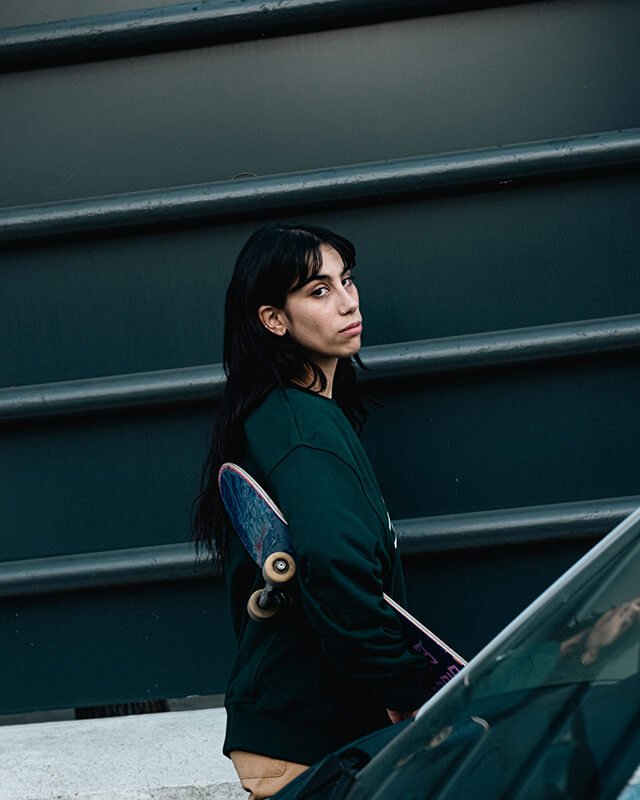 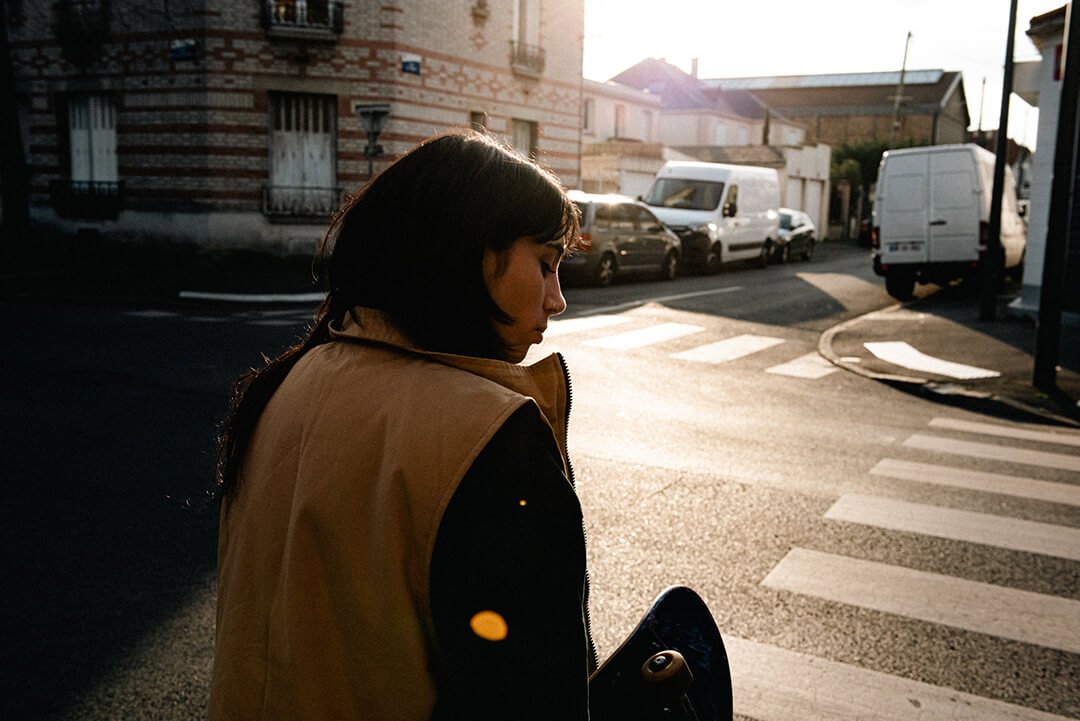 Raised in Madrid, Carla soon became a globetrotter and now lives in communion with the streets, with their geometric voids and solids, with steps and benches that take on the appearance of blank pages on which movements, sounds, creations can be etched. She embodies an ancient spirit of rebellion, the one theorized in mid-twentieth-century California, allowing herself to be influenced by the testimonies of others and, at the same time, influencing with her own gestures, with her own, almost unconscious, power. “On the board I feel like there are no problems around, I feel good with myself, I can free my mind. I don’t have a favorite spot, because any spot populated by nice people and surrounded by a nice environment automatically becomes the perfect one. One of the most rewarding things about skateboarding is watching the evolution of the people around me. It’s great to see them start, improve, and then all of a sudden realize that they’re killing it! Talking about their lives, their sacrifices, their relationship with skateboarding, helps me grow and to love this culture even more.” 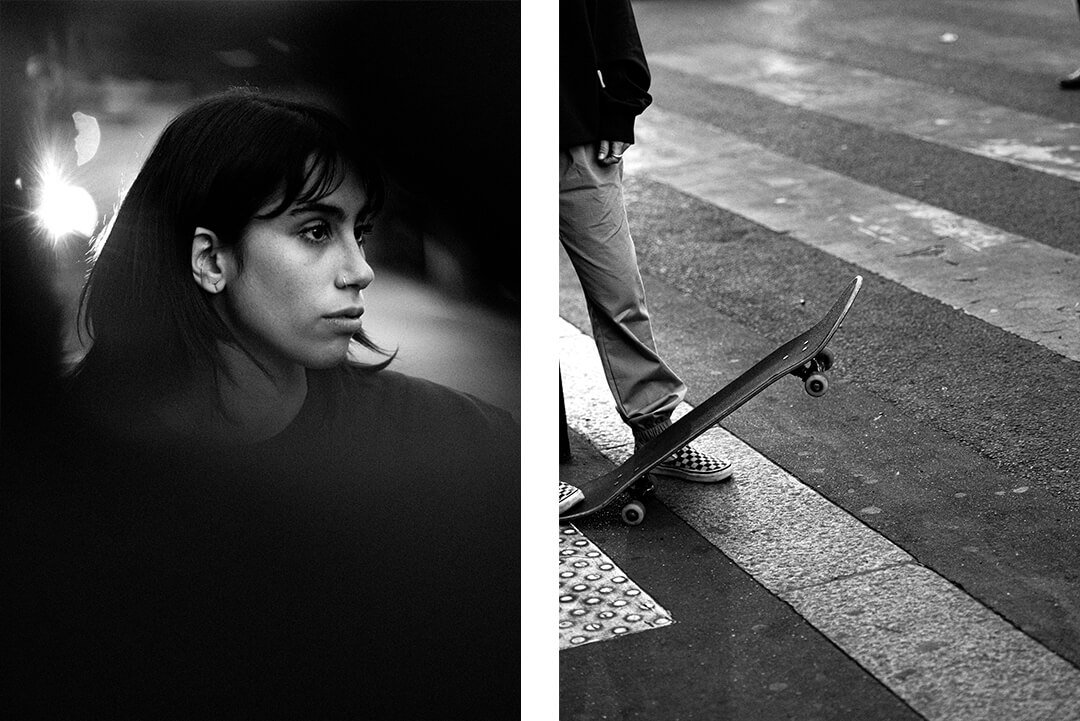 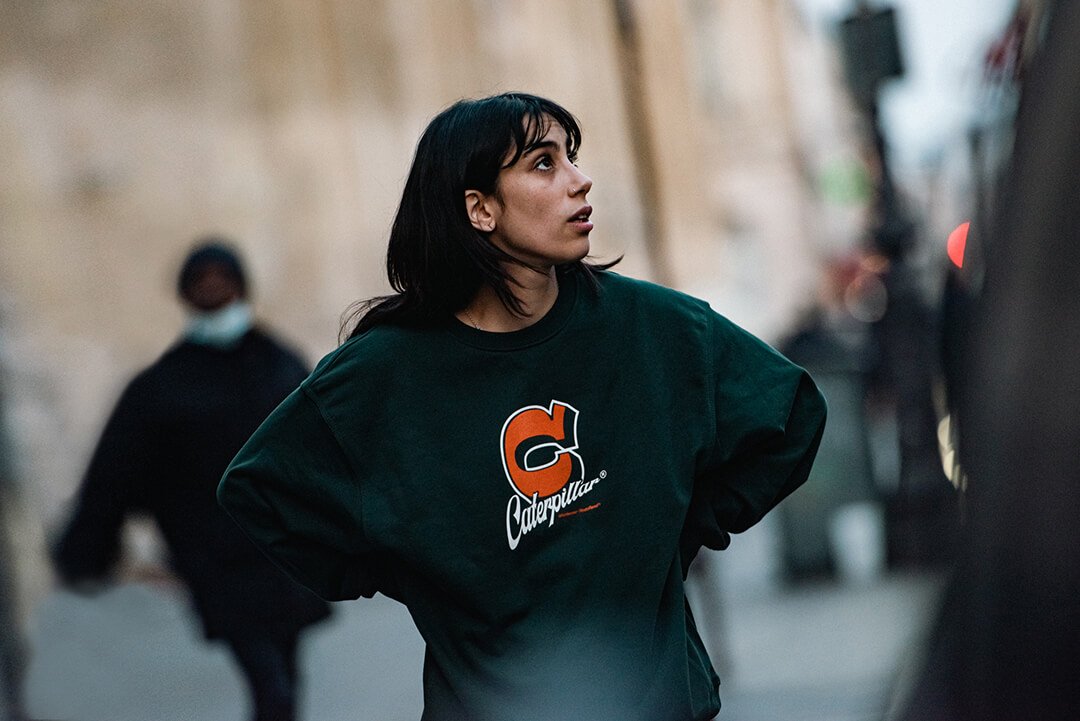 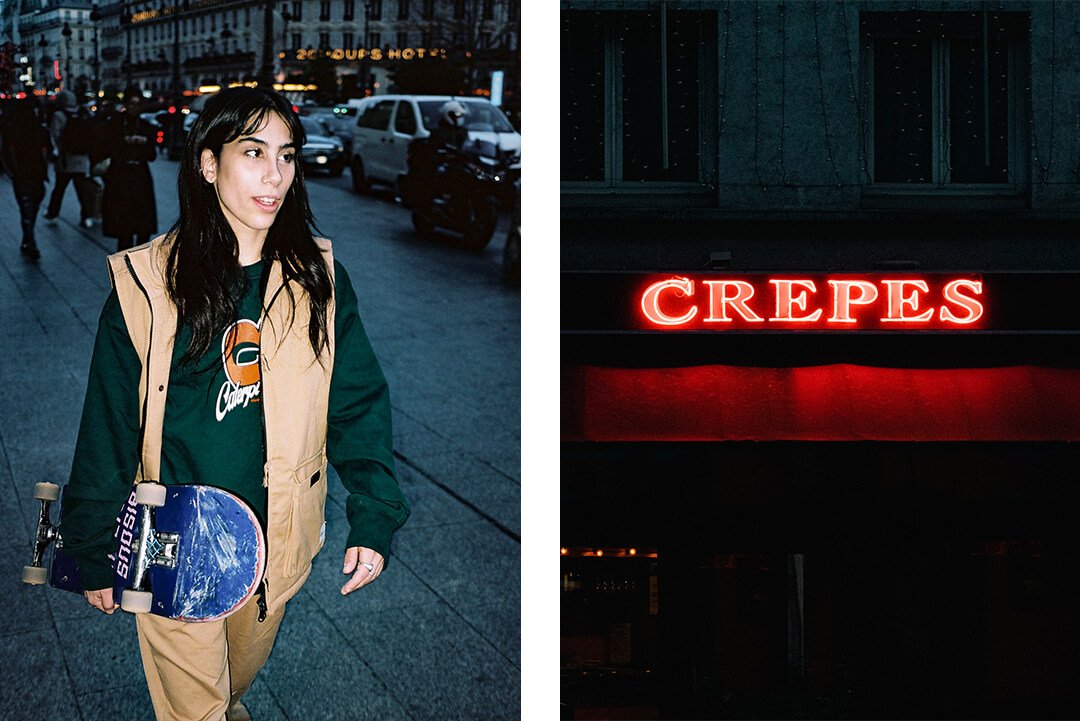 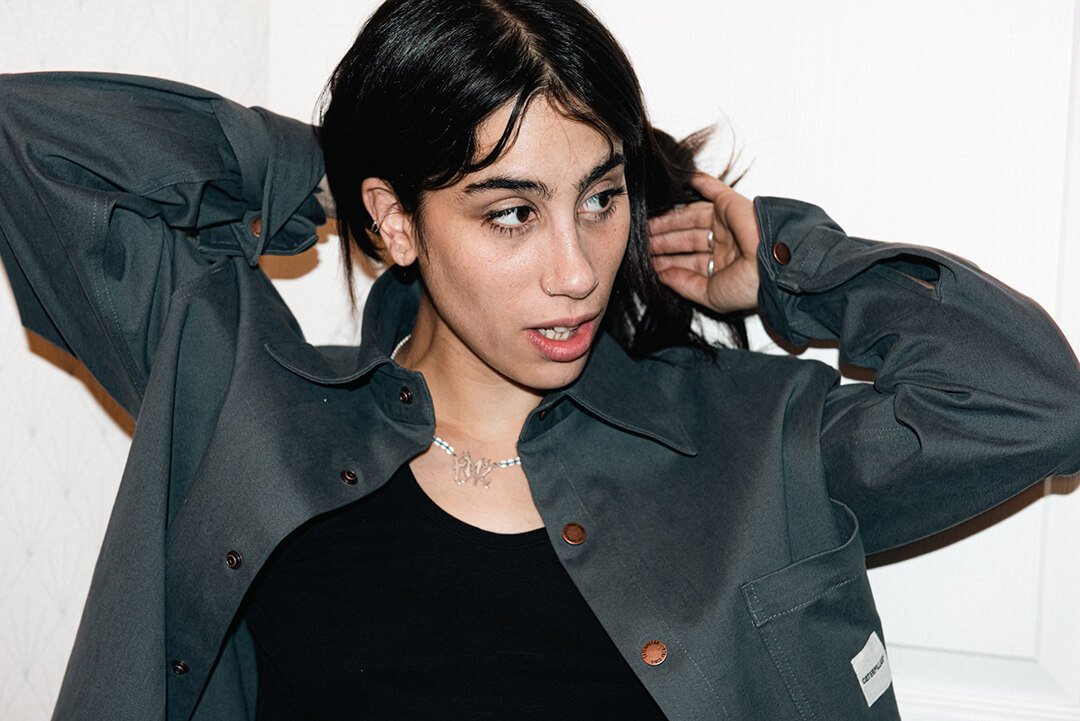 This project is supported by CAT WWR