Behind the Lights – Olly Burn 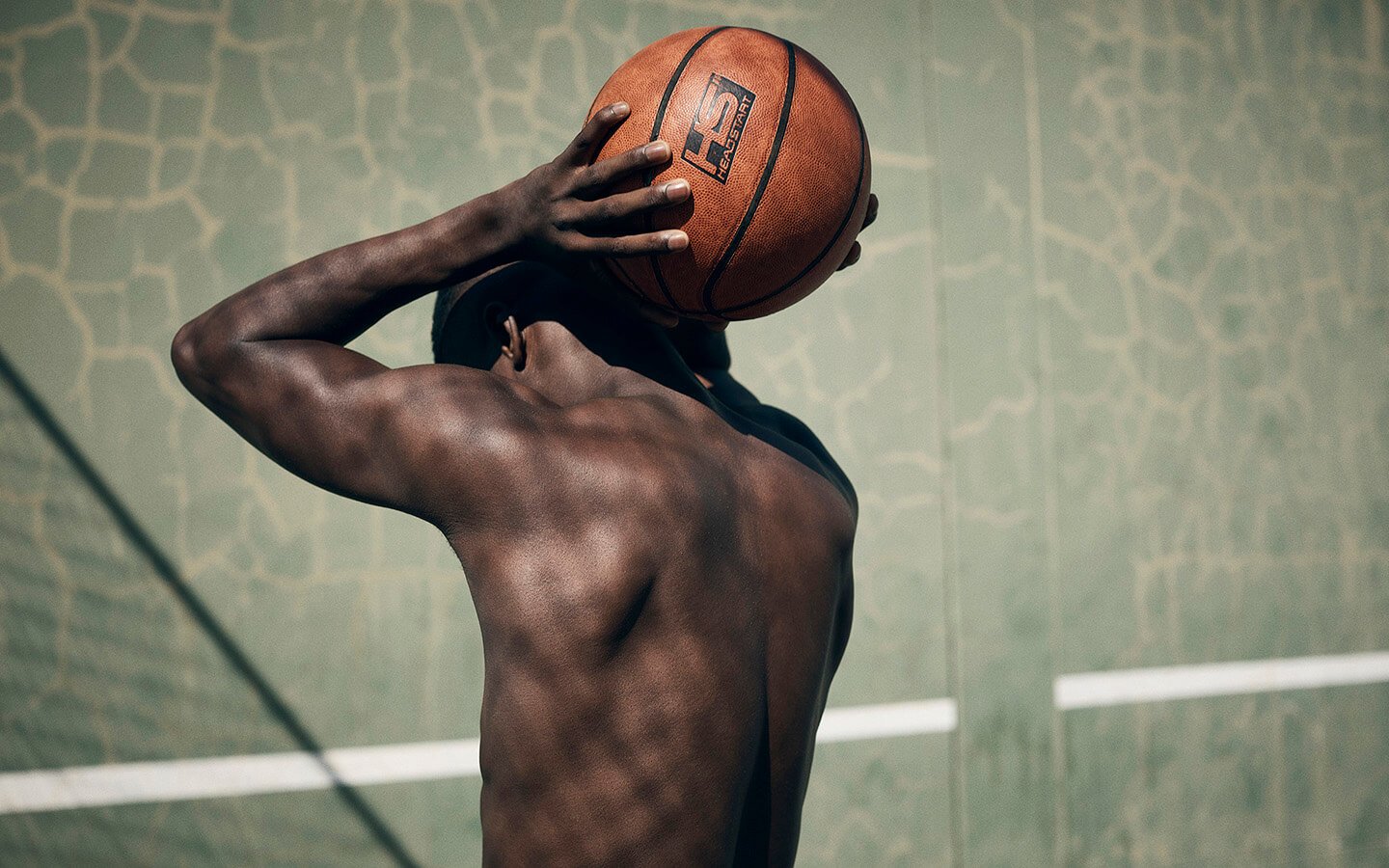 Olly Burn’s artistic work is suspended in a parallel dimension. His portraits vibrate placidly, touching the notes of a modern British music box. His shots depict ecstatic physical efforts, ethereal places, boundless skies that accompany the eye towards what is present, towards what is absent. 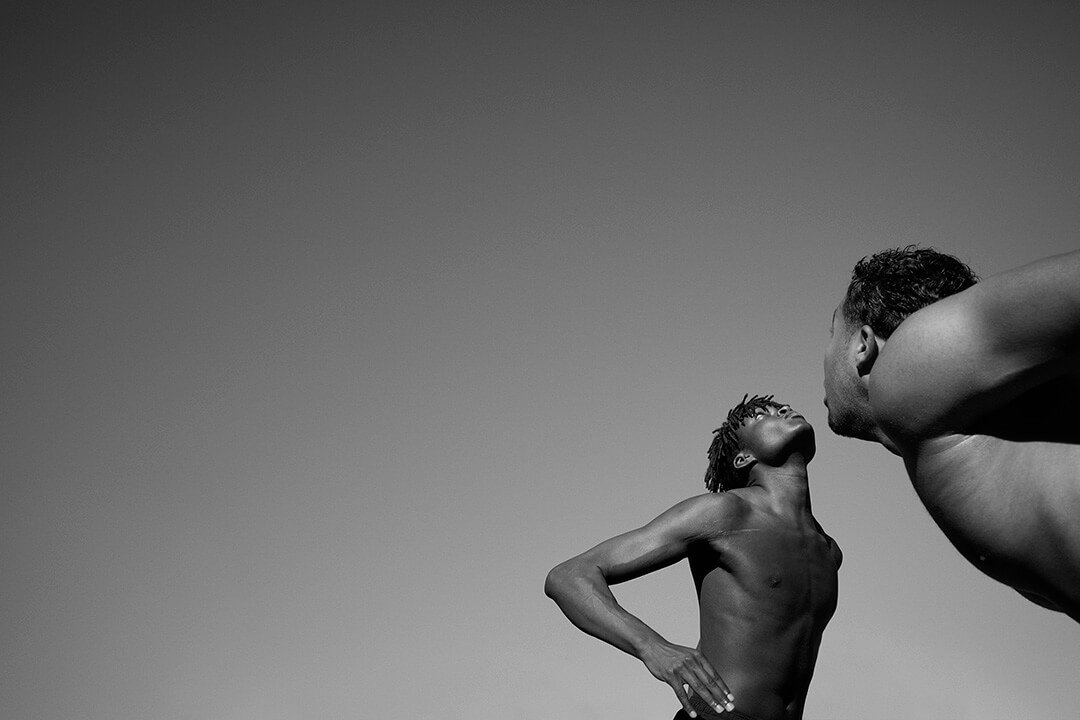 For the London artist, photography is not a one-sided art, it is not a selfish stance: it is a collaboration with the athlete-protagonist, a sort of four-handed work. Lines and movements shared, studied together.

“When you see brilliant people doing something, it’s exciting to portray them. Whether it’s basketball or gymnastics, football or skateboarding, it’s wonderful to admire the greatness of an individual and the changing expressions of his body. I think it is also important to have this idea of collaboration with the protagonists of my work. For example, in Cape Town I photographed a breakdancer for a whole day. He never stopped moving despite the boiling heat. I shot and shot, when I thought that a certain pic was perfect for lighting and composition, he looked at it and said ‘no’, some detail of his body was wrong: a bent hand, a misaligned foot … So I kept shooting, until we reached a shared perfection”.

Burn’s photography draws on contexts that are rarefied only in appearance: quiet swimming pools abandoned at sunset, imperceptible football fields. 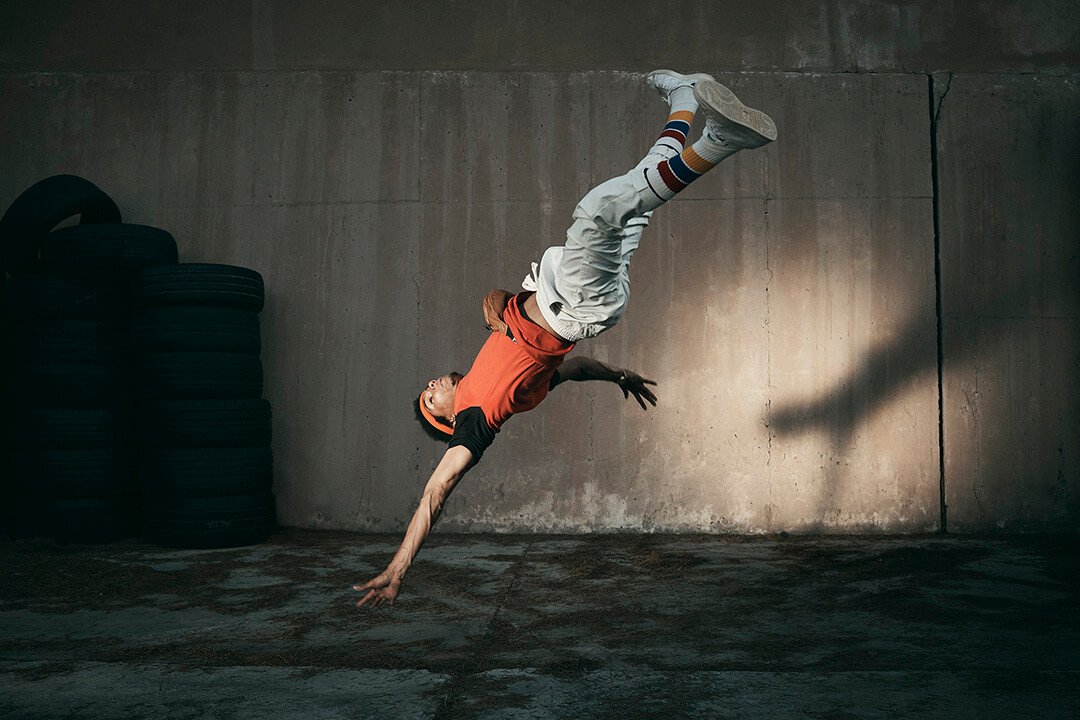 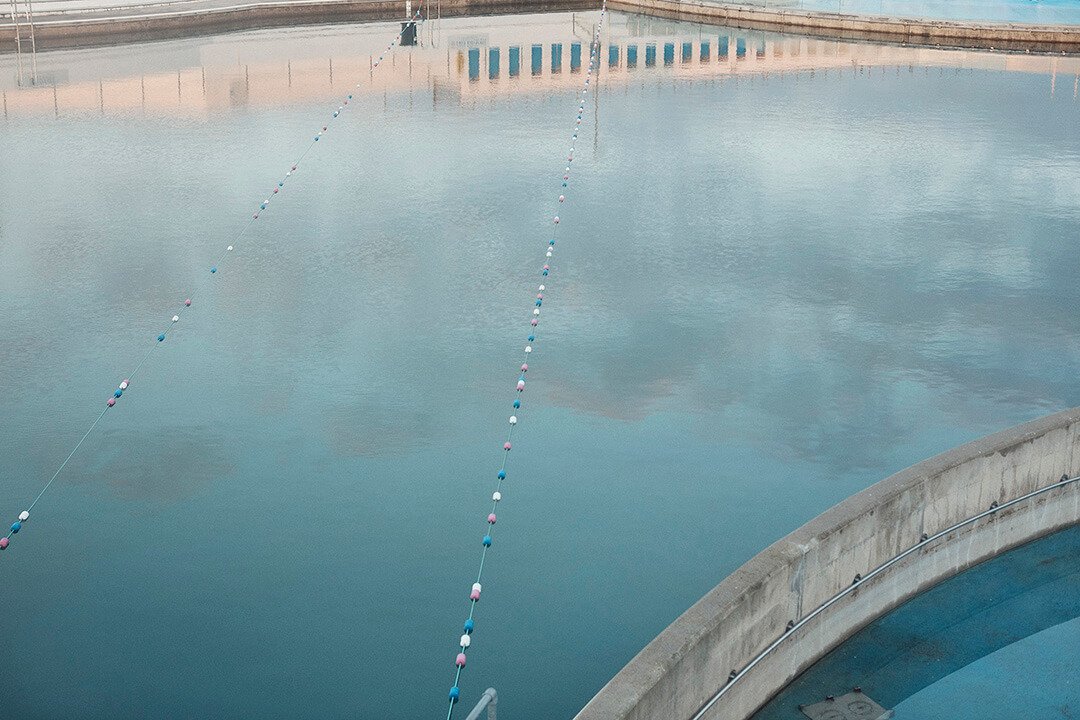 There are strong echoes of urban subcultures, of sports activities that are not limited to sweat, but that overflow into fashion, in a transversal universe that has nurtured his imagination throughout the magical 90s.

“I have always had a deep passion for art and design. When I had to choose my major in high school I opted for photography. Growing up in the 90s, I was loaded with visual input: MJ’s Chicago Bulls, the sneaker world, hip hop culture, but also cartoons like ‘The Simpsons’… All of this created a powerful blend inside me, inside my imagination. It is no coincidence that I had two figures as references that fit perfectly with all this imagery. From a sporting point of view, Éric Cantona, ‘King Éric’, was a destabilizing character for the Premier League of that period and for a young Englishman who, inevitably, was intensely linked to football. His iconic style made Saturdays more exciting. Photographically speaking, I owe a lot to Jamel Shabazz and his ability to document a boiling New York. No one has been able to represent street culture and the aesthetics of hip hop like him.

And it is exactly the street culture that emerges in Burn’s work, being enhanced in portraits dedicated to skateparks and pitches, to communities of people gathering around a ramp or a hoop.

“Again, everything goes back to my adolescence, a time spent playing NBA Jam, with the giant heads of the players, and watching the exploits of Tony Hawk. I’ve been and still am a practitioner of these two disciplines, but beyond the practice itself, I’ve always been struck by the effect these sports have on people, on communities. For example, skateboarding is a rebellious world by nature, it has that reputation, but in this pandemic period it has had a huge positive impact on the London community, and in some of my shots I decided to make a kind of tribute to these young skaters intent on improving their surroundings: a work done for themselves, but also for others“. 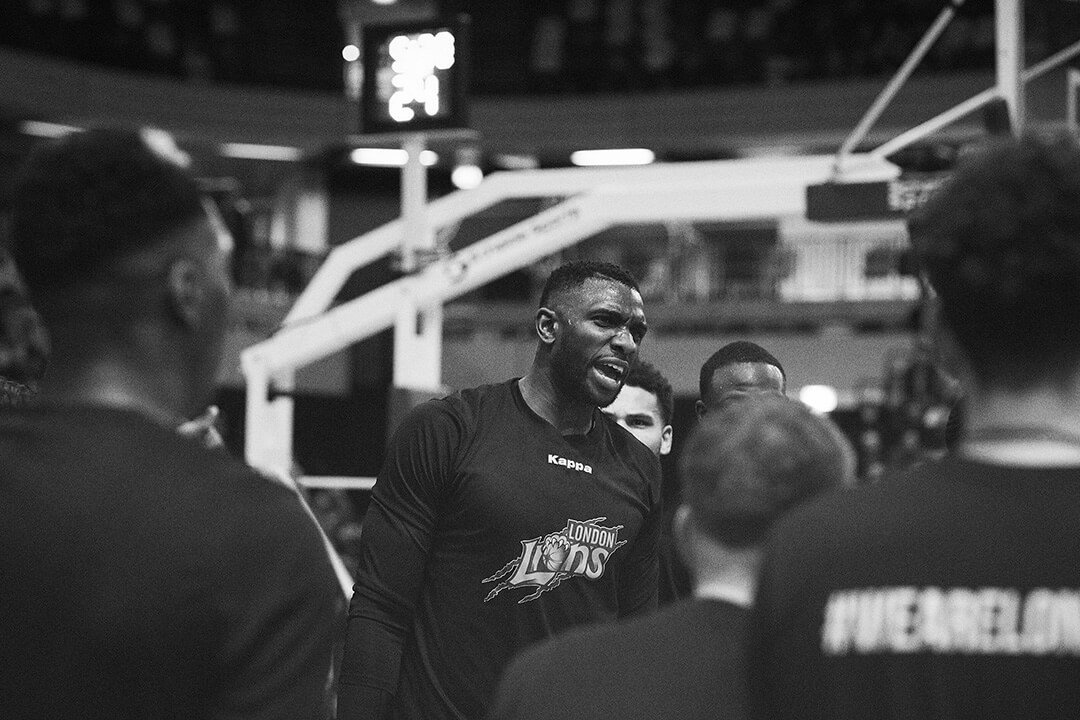 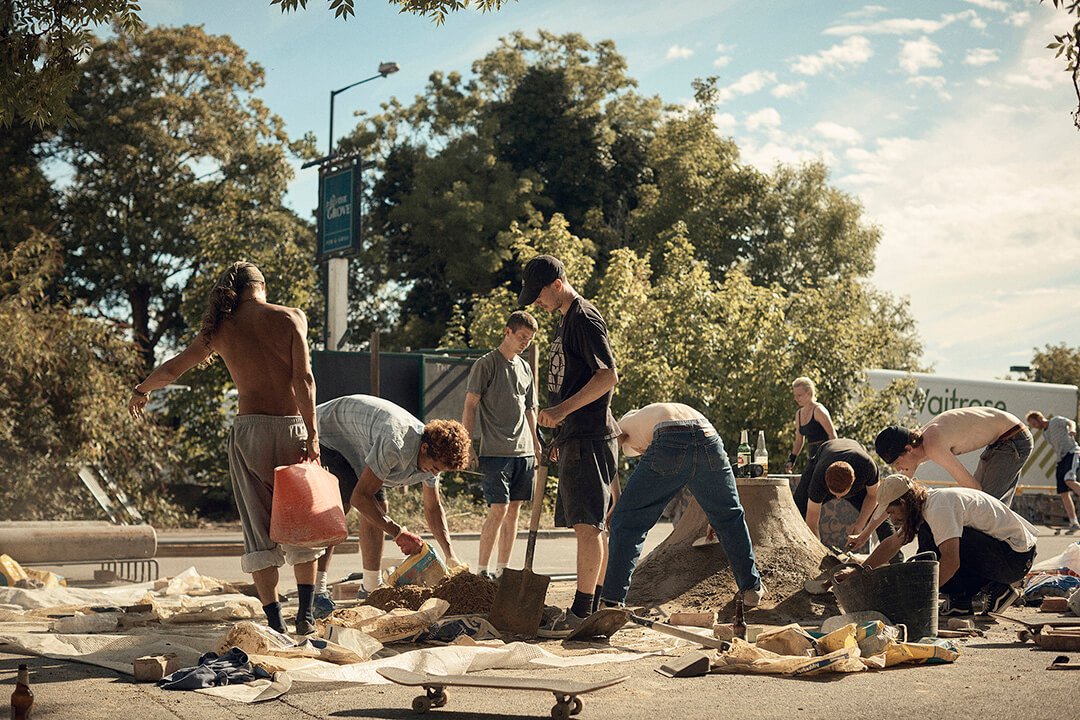 The city casket painted by Burn often opens up, revealing glimmers and nuances of the most typical English landscape, converting to contemporary times those natural shades romantically inhabited by illustrious compatriots, such as Turner and Constable.

“I like to use the sky in my compositions. I think it elevates an athlete and his gestures in a way. Furthermore, having a sky as a background eliminates visual distractions. I developed my sensitivity to natural landscapes in Cornwall, where I studied for three and a half years at a small Art College. The opportunity to live in a metropolis and to face such an antithetical place, in many ways, has definitely evolved my artistic sensibility”. 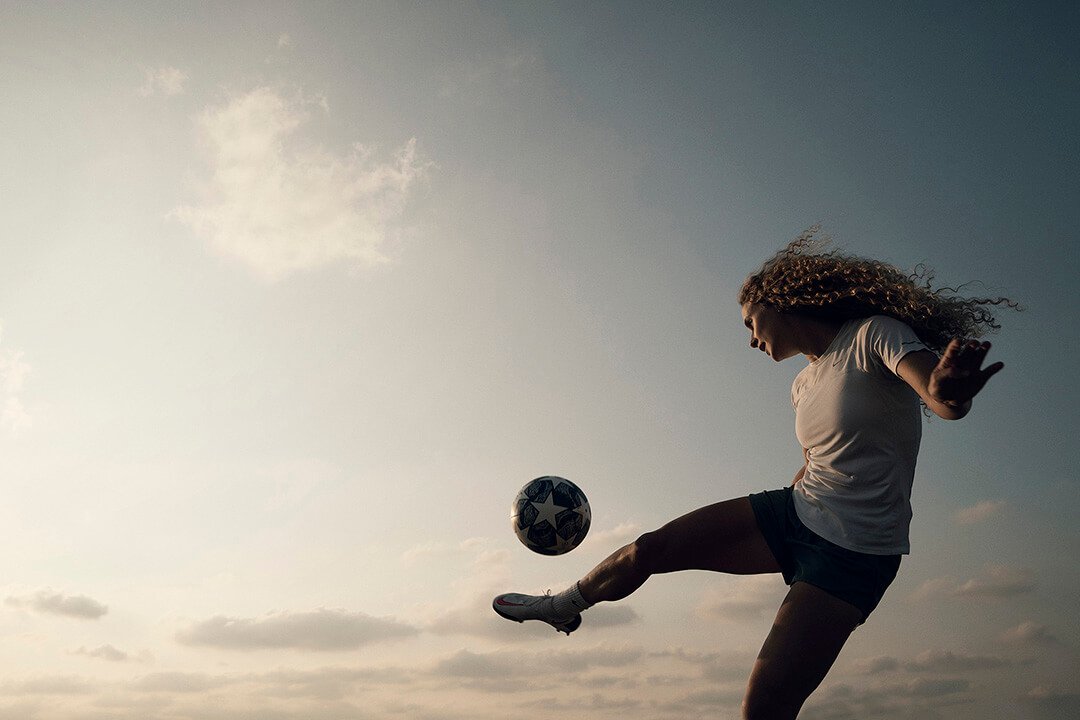 A culture shock, transformed into a means of learning, personal and, secondly, professional growth. Olly Burn’s gallery is ambivalent yet coherent, instilling magical places in the urban jungle and transposing the metropolitan sporting outburst into the idyllic atmospheres of the places across the Channel. A research driven by a delicate taste for subjects and environments,  a stimulus that never ceases to be throbbing.

“Currently I’m working on a local swimming club. Some people go to swim in a pond not far from where I live. I want to understand what drives them to do it in the cold, perhaps in the morning. Again, I have to admit that the context is definitely beautiful, almost poetic”. 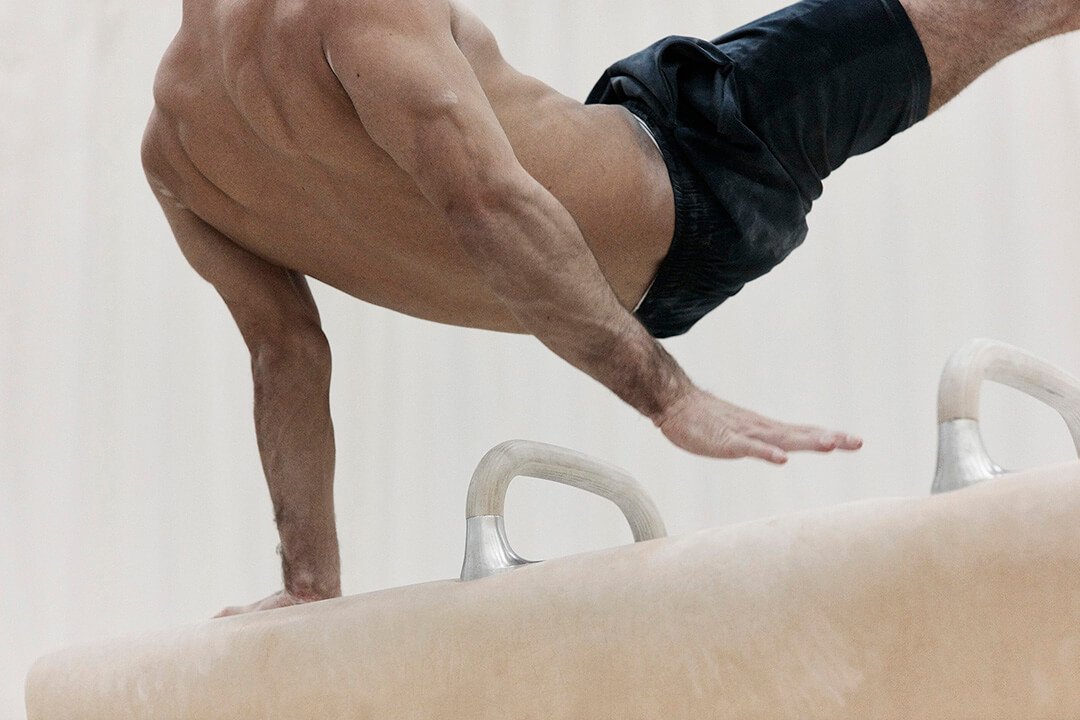 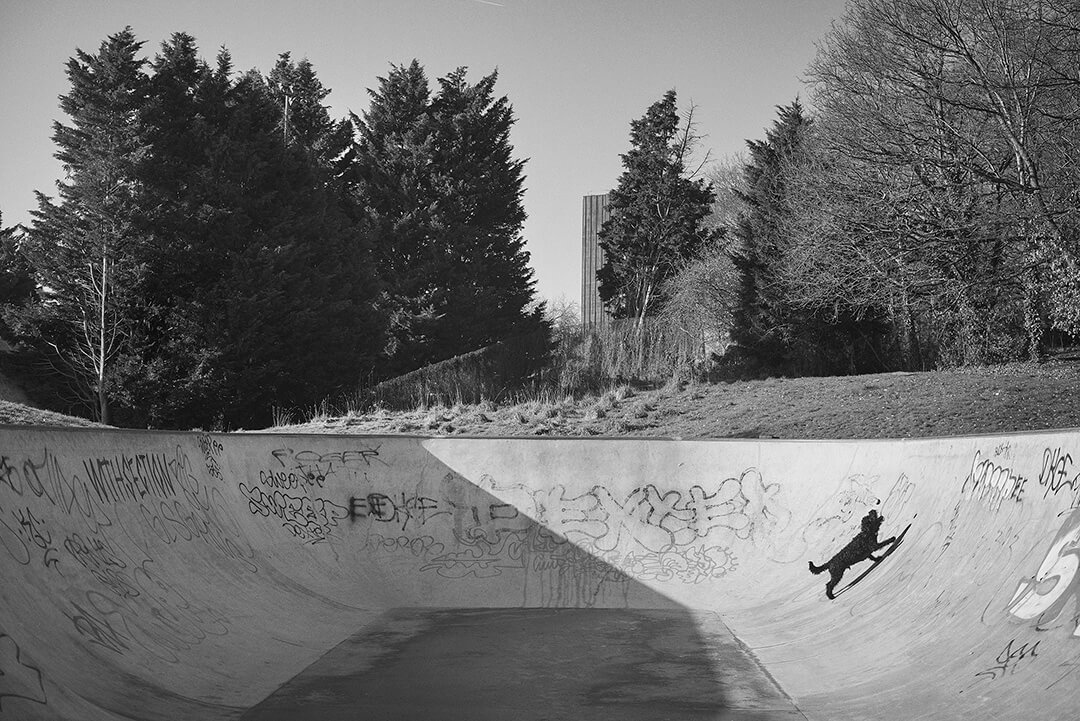