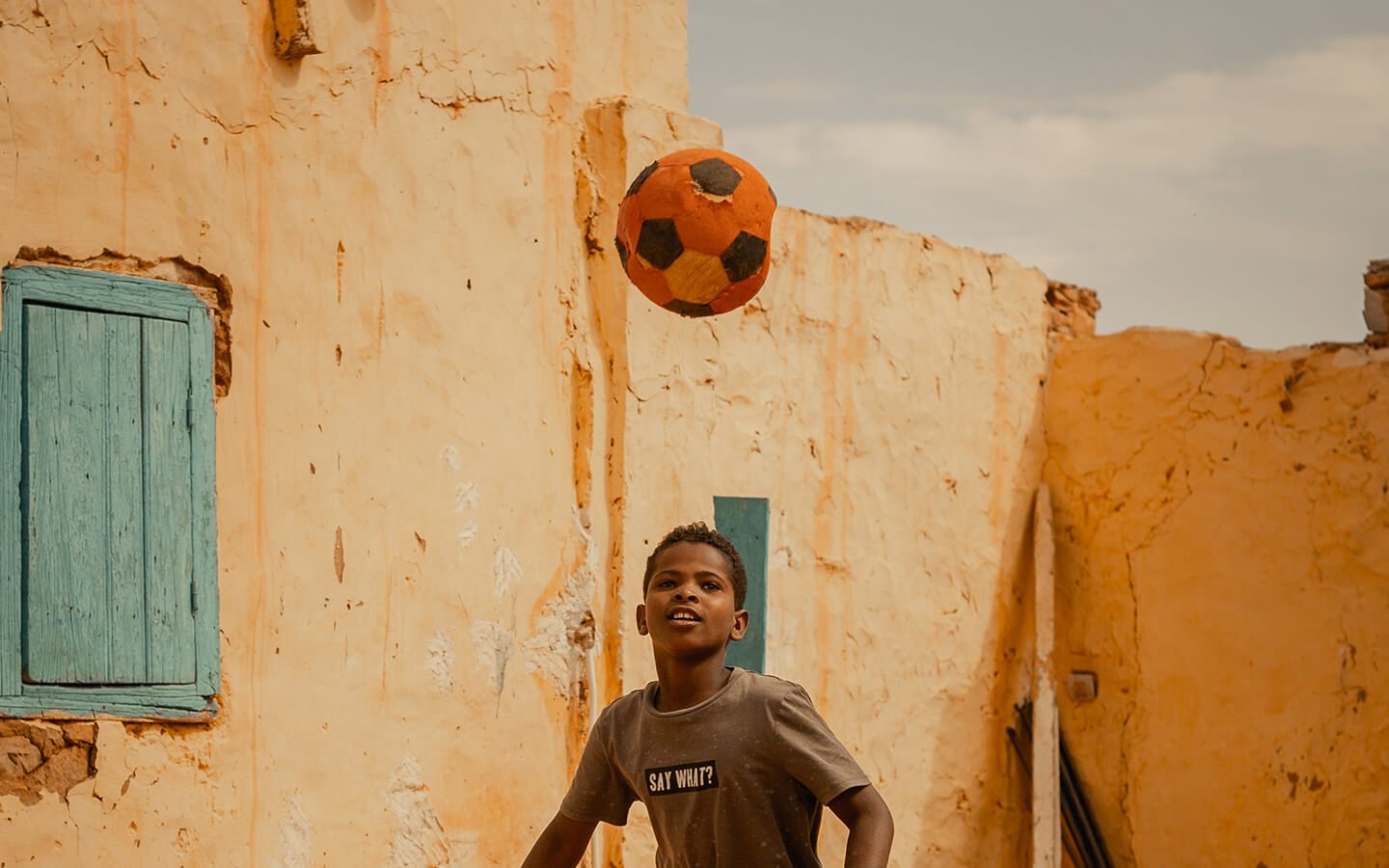 “When I left my job in Dubai for coming back to Paris, I decided to plan a long trip to the old Soviet Union. My girlfriend is Belarusian, and I wanted to visit countries that would allow me to improve my relationship with her language. I chose places that were not very touristy, that would test my language skills, where few or no one spoke English. Then I did the same in South America, where I practiced my Spanish. When you travel alone you need to find greater goals and motivations. In my view those motivations come from self-improvement and photography. Previously I had always been a ‘normal’ tourist, observing the sights and not putting myself out there…. All this made me feel somehow incomplete and lonely. And I decided to put myself in a completely different, challenging position.” 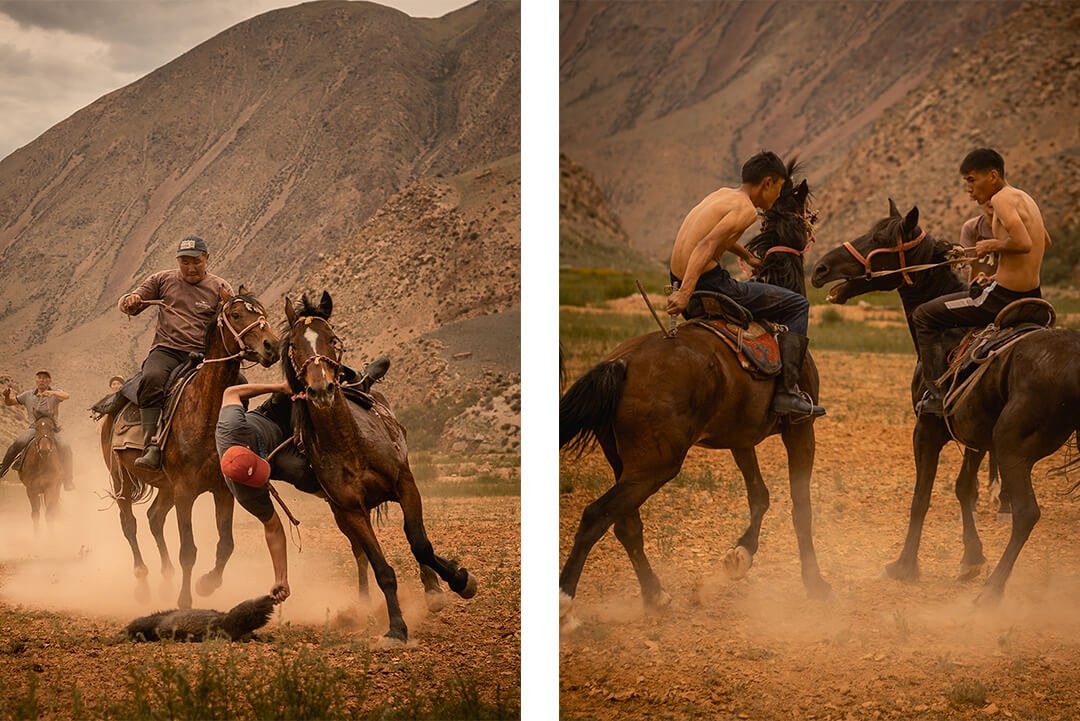 Language and photography. Two forms of communication that run on parallel tracks, but often intersect with each other, shaping a union of rare relevance and beauty. This definitely happens with Alaric Bey. His visual compositions speak to every viewer, telling stories of human beings and moments, of places where time seems crystallized, of millennial sports and pristine red soils. Language and dialogue are tools for understanding and, only later, capturing what turns into more than just a shot, becoming a profound visual novel populated by living creatures. This is the process that accompanies the documentary work of this 30-year-old Frenchman. In his own day-to-day life, Alaric works in the perfume world, but last year he decided to leave routine and office to taste Asian and South American uniqueness with his camera.

“I’ve always loved street photography, I’ve always loved taking stolen shots. When everything is neat, it doesn’t work for me. I have to feel the emotion, I have to know that I am portraying something that is not replicable, that immediately after the click is destined to vanish forever. I started shooting with the iPhone and it was easy, no one saw me, no one noticed me. With the camera, however, everything became different: subjects didn’t trust me, they were reticent, and my Canon lacked a professional lens, so I couldn’t shoot from a certain distance or on the move. So I decided to dare. I am shy by nature, but fear didn’t stop me and I started approaching, talking, introducing myself, and listening to personal stories. Suddenly people began to open up and allow me to shoot. At that moment I understood the beauty of the relationship between dialogue and photography. In Moldova, for example, I helped a mother transport corn. She lived in a village scattered in the middle of nowhere and inhabited only by old people; she explained to me that all the young people had gone abroad to seek their fortune and that one of her sons had managed to graduate from Harvard…. She was genuinely happy because, despite the constant population decline, the members of the village knew and continue to know that an entire generation is finding a better life around the world.” 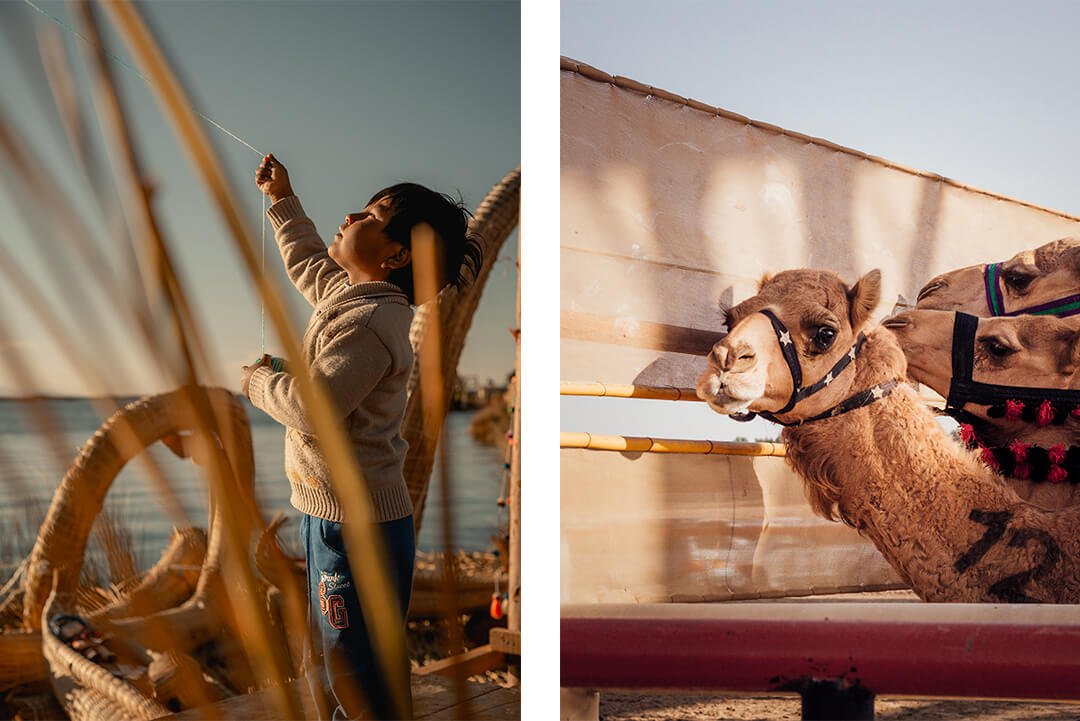 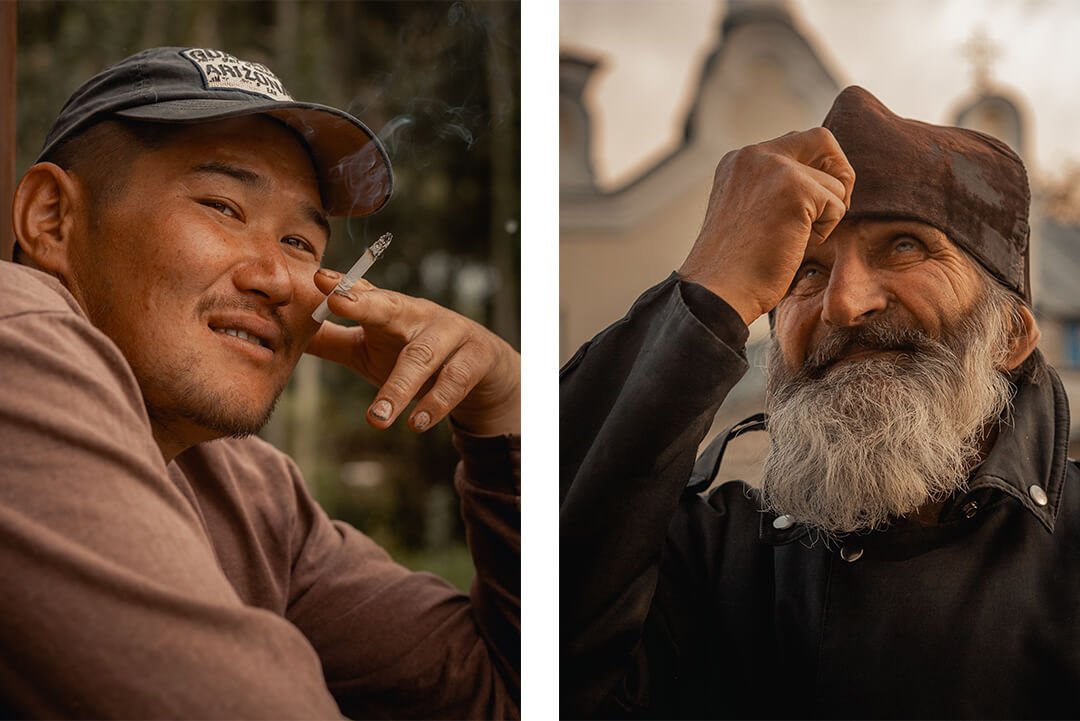 Kyrgyzstan, Kazakhstan, Moldova… Alaric’s footsteps in the heart of the former USSR have touched upon roads and contexts that have not been changed by the course of time. His research, inspired by Steve McCurry’s visual poems, focused primarily on a century that is rapidly fading and disappearing because of digital globalization and migration flows: the 20th century. His Canon captured testimonies that will soon become pages of history books, but also traditional games that can withstand empires and technological evolutions, such as Kok-Boru.

“I first read about this game in the book ‘Les Cavaliers’ by journalist and novelist Joseph Kessel. He had observed it in Afghanistan; I was lucky enough to find it in Kyrgyzstan. It’s a very ancient Mongolian game, a kind of American football played with a lamb carcass. Players normally fill the carcass with sand, form two teams, and fight for taking the carcass to the opponent’s goal (a circular area shaped like a wheel). This sport has remained in the DNA of many nomadic peoples of former Soviet lands. I asked the chief of a village, a splinter settlement surrounded by mountains, to arrange a game. My guide advised me to set a prize money, in order for the players to compete as best they could, and I started shooting. This game has continued to remain the same for thousands of years-it’s a wonderful tradition. I only wish I had observed the game more and photographed less, it was such an incredible moment…” 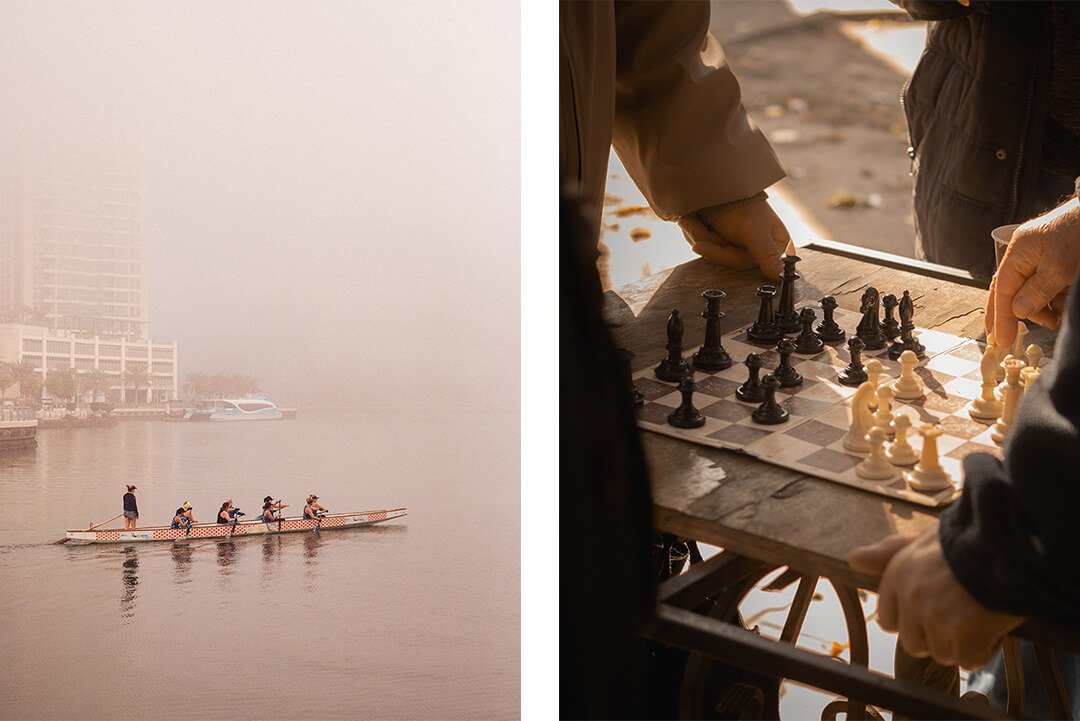 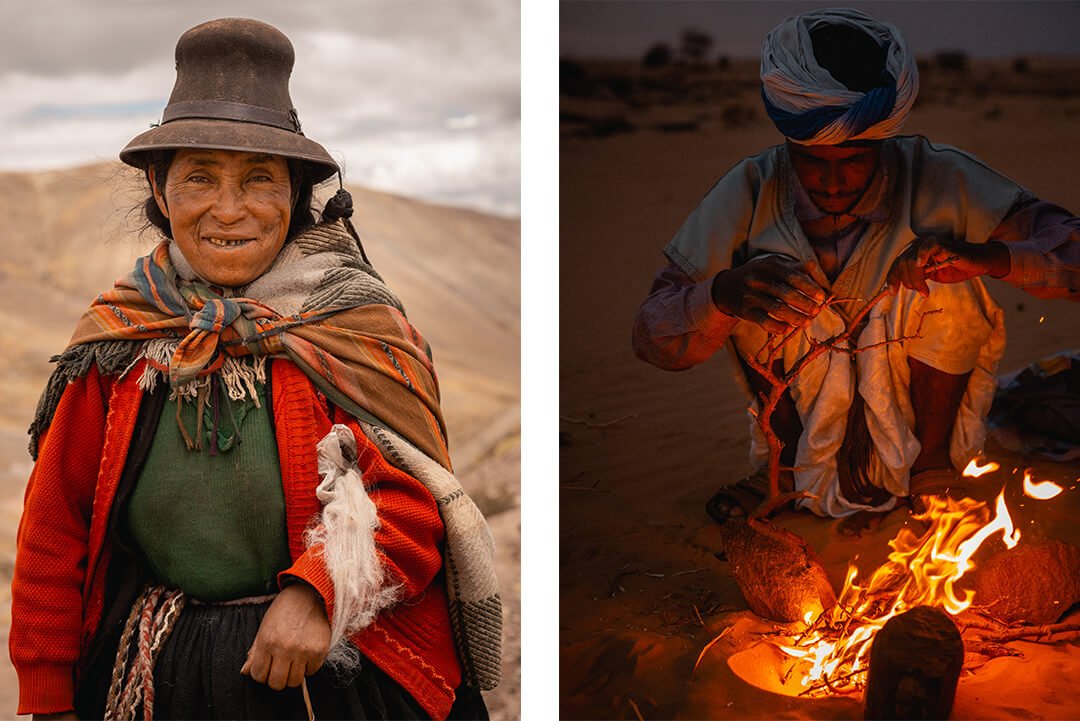 And even sport in Alaric’s philosophy becomes a means of communication and sharing. In more than fluent Italian, yet another demonstration of high-level polyglotism, Alaric explains that he feels privileged and admits that he hasn’t yet fully processed the dichotomy between tourist travel and real life to which he has recently been exposed. He cites Troisi’s ‘Il Postino’ and Sorrentino’s ‘Great Beauty’ and refers to himself simply as a photographer who wants to show the grandeur of human beauty. A beauty that can be found on a foggy day in the United Arab Emirates, as well as in front of an old television in a Mauritanian village and a France international game. A beauty that this young French photographer will continue to seek in his next artistic and love flight to the Far East.

“My artistic philosophy is guided in particular by a phrase uttered in ‘The Great Beauty’: “It’s all settled beneath the chitter chatter and the noise. Silence and sentiment. Emotion and fear. The haggard, inconstant flashes of beauty.” I think it’s all encapsulated here. And I feel privileged to have the opportunity and the money to observe these haggard, inconstant flashes of beauty. Many of them are produced by sport and its social values. I think for example of the British female rowers I photographed in Dubai. There is often a lot of fog in the city, everything turns white. I photographed some of the giant buildings that were enveloped, as if they were mountains, by this blanket. Then I walked for a while in the midst of that mysterious and fantastic atmosphere, and I spotted those girls practicing on the boat…. I am a sports fan, especially a football fan. And football is the best media in the world. Once I was in a remote part of Mauritania and the whole village was gathered around a television, they were all sitting on a carpet watching the World Cup and they immediately welcomed me among them. Even in Oman, in the middle of nowhere, I saw people playing football in traditional clothes…. Football is magical. Now I’m planning my next itinerary: next year I’m going to Japan for my honeymoon, I’m looking forward to discovering that culture as well.”

The República Dominicana is told through Sofía Torres Prida’s lens 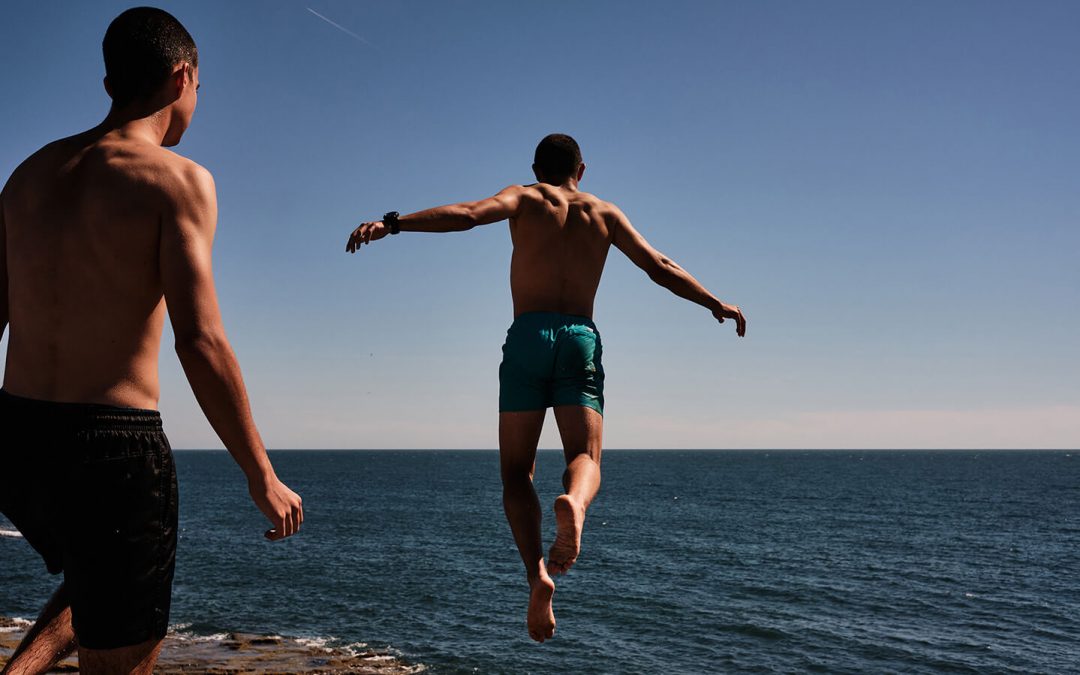 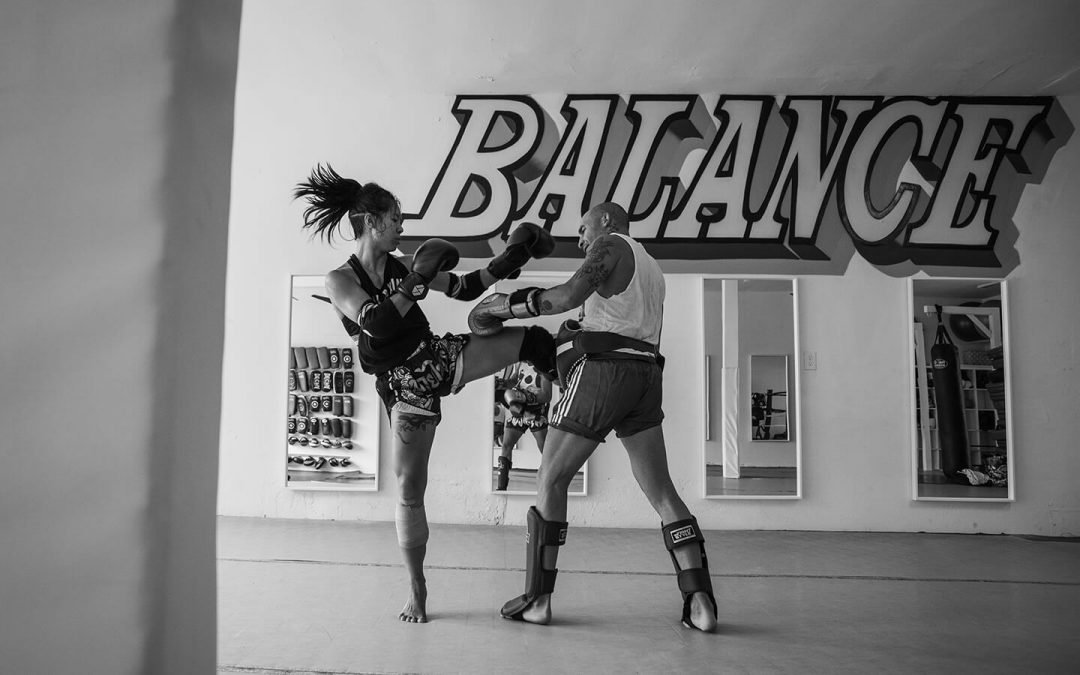