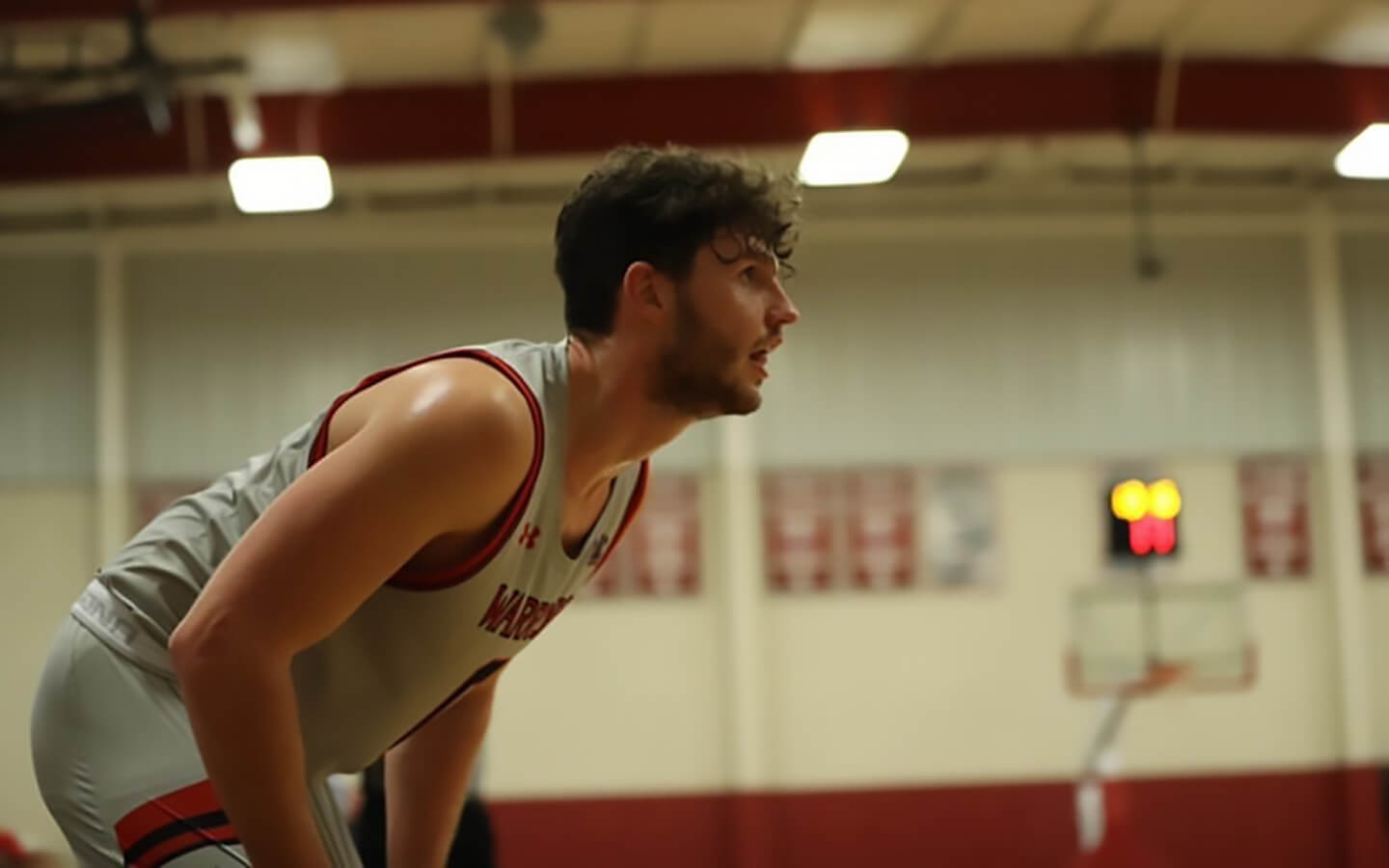 What does it mean to play basketball in an overseas college? It means discovering a basketball culture that is diametrically opposed to the European one, it means sharing the locker room with young men with different pasts and the same present, it means becoming part of a huge family united by a university.

Federico Gallinari, a 24-year-old forward of noble lineage, explains it to us. Brother and son of Danilo and Vittorio, after his high school experience and the initial inclusion in the roster of Oleggio, a Serie B team, Federico decided to leave Italy to discover the collegiate parquet, finding a place between the desks and the rims of Rochester University.

“America was already familiar to me, I had visited my brother Danilo several times. I decided to make this choice to start a path that could be constructive on and off the court. The choice of Rochester University was not accidental, my family has always had a particular academic sensibility and Rochester is a small college, renowned as much for its educational program as for its sports one. It’s easy to see how education is relevant to this university: all athletes spend their first year as a ‘red shirt’, it’s an option usually used with those who suffer serious injuries, in this case it’s imposed by the university to give the youngest a chance to settle into the system, to achieve the right balance between classes and workouts.” 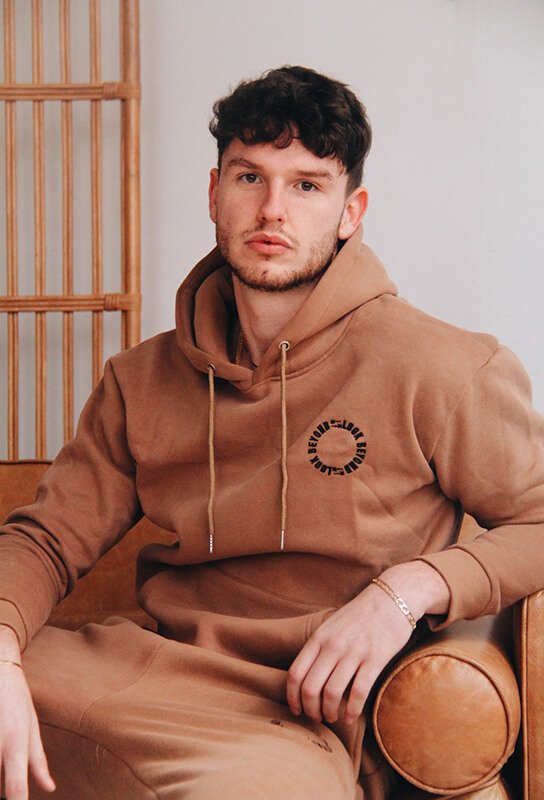 Federico’s arrival in the ‘Warriors’, however, was not immediate. Between Italy and the collegiate dimension, in fact, the little more than teenager Gallinari took advantage of the overpopulated springboard of Prep Schools: transition zones where talented kids struggle day after day to compete for scholarships or to fix their academic deficiencies.

“Without that time at Sunrise Christian Academy, I would never have been able to sustain a college path in America. Entering this temporary reality allowed me to prepare for exams while simultaneously showcasing myself as a baller. Like many of my peers, I prepared videos with highlights of my first American games and sent them to many colleges. I was deciding between a few proposals when, during a pick-up game in Denver, I was accidentally approached by a guy who put me in touch with Rochester. After a quick visit, I immediately agreed to transfer there.” 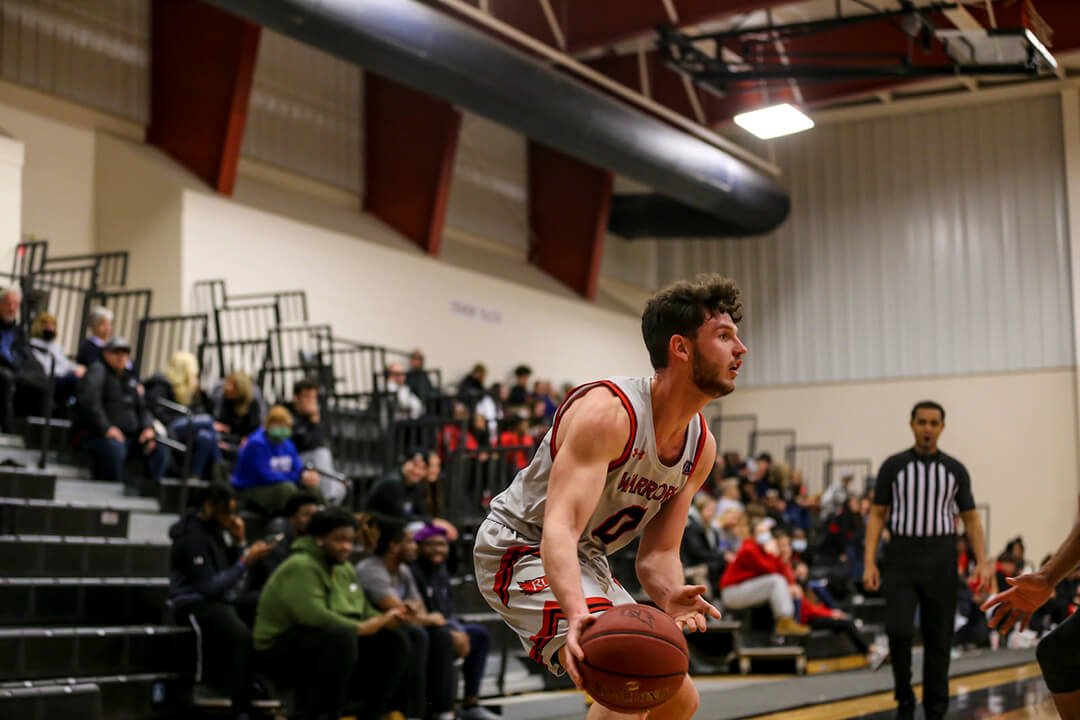 Entering the Rochester campus for Federico coincided with the discovery of a complex and layered micro-universe, made up of physical exertion and mental work, of human relationships and cultural growth, of secular faith and personal discovery. An oasis tinged with red and white, where each person is led to feel part of something far greater than just an educational institution.

“I didn’t know what to expect from college, I have to be honest, however, I was extremely excited to start that adventure. On a basketball level, I came up against a huge athletic difference. Compared to an Italian professional league there is less knowledge of the game and the tactics are a bit snubbed, but the guys are all monsters, phenomenal athletes. That’s why the Europeans are considered ‘soft’ players, we have to prove them wrong and fill the physical gap practice after practice… From a human point of view the situation is fantastic. In addition to the Americans, I have had teammates from Brazil, Senegal, Greece, Switzerland and Cameroon: a mix of cultures and personalities that has deeply enriched me. The feeling you get when you enter a campus is unique. You immediately feel that you are part of a community, of an extended family. It’s no coincidence that in Italy we see elderly Americans walking around wearing the sweatshirts of the college where they were ‘formed’: an almost religious bond is created between the student and the university, a symbiotic relationship that develops over four years and that will never leave you…”

In Rochester, the student-athlete Gallinari has focused his studies on a double degree, combining Accounting with Sport Management. Two directions that turn out to be absolutely compatible with each other, especially if projected towards a future as a sports agent: a job that currently engages his father Vittorio as well. 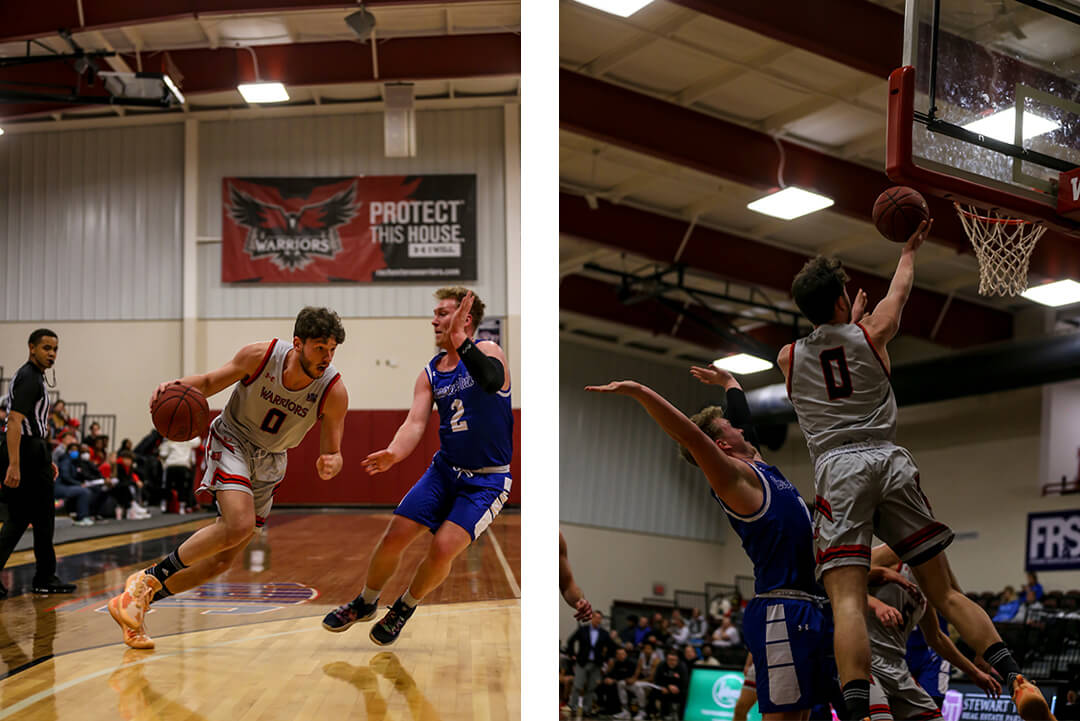 Parallel to his academic and basketball career, Federico has become a social testimonial for the many youngsters who have landed overseas in pursuit of their athletic dreams. Thanks to a constant production of video-testimonials, his function has quickly become propaedeutic for the young Italians who want to follow in his footsteps: a way to get in touch with the future generation of basketball and, in some way, to anticipate the job of agent.

“I would love to be an agent, possibly in America. Thanks to Twitch, YouTube and Instagram, I get in touch with a lot of kids on a daily basis who ask me questions about the collegiate experience. Many parents also contact me to ask questions. For this reason, in the future I would be stimulated to act as a bridge for this kind of transition and help young Italian talents to reach a scholarship. I’m also excited about the possibility of working in the opposite direction, providing Americans with the tools they need to become professionals in the Old World… These are all hypotheses, there are so many possible scenarios…” 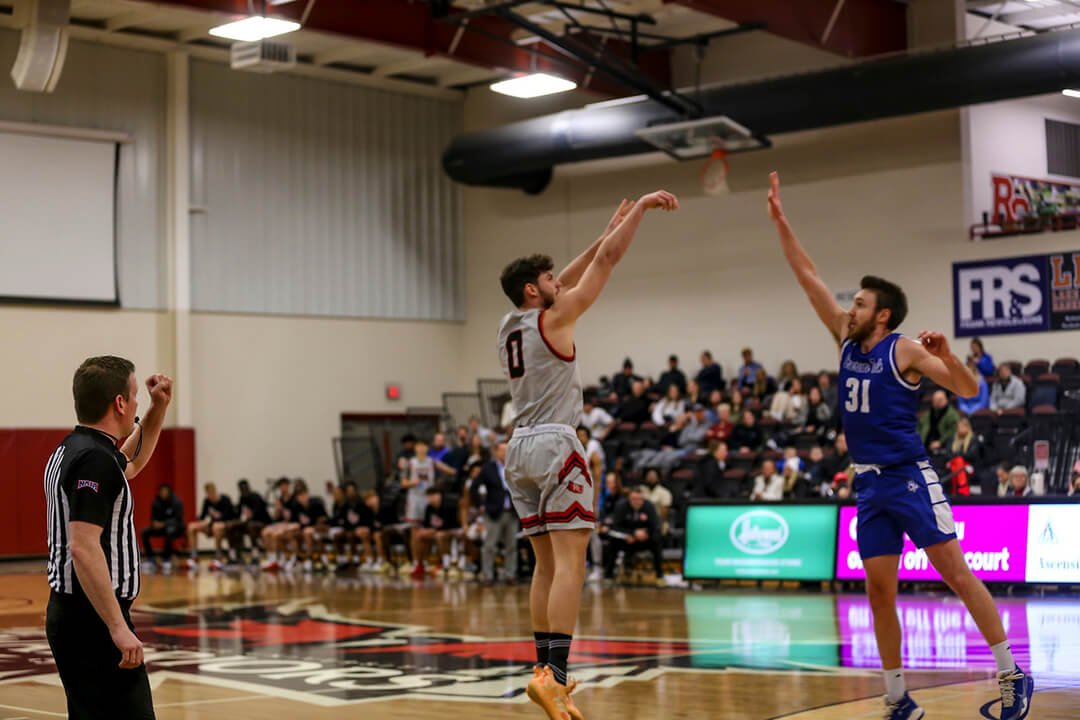